Apple-tree Cinnamon new is a product of the selection of Michurinsky VNIIS. The work on the variety creation was led by S.I. Isaev, and the "parents" of Cinnamon New are apple trees "Cinnamon striped" and "Welsey". In the fifties of the last century, the variety was accepted for state tests, and since 1965 it has been recommended for cultivation in the North-West of the country, as well as in Moscow, Bryansk, Pskov and other regions of the Central region.

As the name of the variety implies, light notes of cinnamon are felt in its taste. This apple tree has conquered many gardeners with its merits - unlike its "parent" variety "Cinnamon striped", the apple tree Cinnamon new boasts larger and juicier apples, as well as a longer shelf life of the crop.

Apple Cinnamon new: description of the variety and characteristics 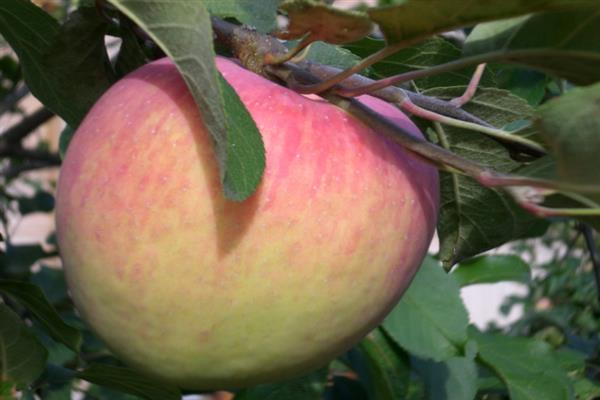 Apple variety Cinnamon new can be characterized as late autumn and early winter. It is often found in private gardens and is also grown on an industrial scale.

The trees of the Cinnamon new apple variety are quite tall, their broom-shaped crown in the first years has a rounded shape, and as the tree grows, it becomes more luxuriant. Strong "skeletal" branches extend from the trunk at an acute angle. The color of the bark on the main branches and trunk is brown or dark brown. The color of the leaf plate is dark green, its surface is wrinkled and densely pubescent.

The apple tree blooms in the second half of May with large white-pink flowers.

The apple variety Cinnamon new is self-fertile, that is, it needs the pollen of another apple tree to set fruit, so pollinating trees must grow on your site to get a harvest. In this case, it can be "Papirovka" or "Moscow Grushovka".

Cinnamon apples weigh on average from 130 to 165 grams, they are of the correct rounded shape. The smooth and thick skin is green-yellow, and the pink-red integumentary color is located on the surface of the fruit in blurred stripes. The delicate creamy pulp of the fruit is very aromatic, contains a lot of juice, the taste is sweet with a piquant sourness.

The fruits are firmly attached to the tree and do not fall off for a long time, they perfectly withstand transportation. In the basement or cellar, apples can be stored until January, while they will not lose their taste. But for long-term storage, the fruits must be harvested without waiting for them to fully ripen. Strong apples with intact skin are placed in clean ones. Pre-prepared wooden boxes or boxes made of thick cardboard are sprinkled with sawdust and transferred to a room where the air temperature is from 0 to +2 degrees.

From a culinary point of view, apples are universal - in addition to fresh consumption, apples can be used for all types of preservation, dried or frozen.

Apple Cinnamon new will delight you with the first harvest only in the seventh year (in rare cases, after six, and sometimes even after eight). The first harvests will be small, but every year they will increase and by the age of eighteen they can reach record levels of 250 centners per hectare. This age is culminating, then in fruiting there may be an insignificant periodicity, when a productive year will alternate with a much less productive one.

The site for the apple-tree variety Cinnamon new should be chosen dry and well-lit. The soil should be medium to low acidity, such as loam or sandy loam soil.Planting work can be carried out in spring or autumn, the main thing is to prepare the place in advance. In the spring, planting is carried out after the earth warms up, but before the buds begin to bloom on the trees. And with a pine planting, you need to have time to finish all the work a month before the onset of frost.

The depth of the planting pit should be at least one meter, and its diameter should be 70-80 centimeters. A pole is driven into the bottom of the pit, which will serve as a support for the seedling until the tree takes root and gets stronger. Then a drainage layer with a thickness of at least 10 centimeters (expanded clay, crushed stone, broken brick, stones of different sizes) is laid on the bottom and fertile soil mixed with compost and mineral fertilizers is poured. After a few weeks, the fertilizers will dissolve and then you can start planting (undissolved fertilizer granules, in contact with the roots, can leave burns on them).

The seedling is lowered into the hole so that the root collar is 5-7 cm above the soil surface, carefully spread its roots on a mound of nutritious soil and covered with earth. Then the tree must be watered abundantly and the soil is mulched, and then loosely tie it to the support (do not use wire for this, so as not to damage the bark of the seedling).

After a couple of weeks, you can feed using any growth stimulator. Then, during the season, spray the crown of the tree with a solution of mineral fertilizers two or three times.

Starting from the second year, apple trees are fertilized according to the following scheme:

Regardless of whether you use organic or mineral fertilizers, root fertilization can only be carried out after preliminary watering.

Another very important step in caring for the Cinnamon new apple tree is pruning. In the first years, formative pruning is carried out, then, when the tree grows, sanitary pruning is carried out every spring, removing damaged and dying branches. And an adult, and then an aging tree, needs rejuvenating pruning, which helps to maintain stable yields.

Due to its excellent immunity, the Cinnamon new apple variety is extremely rarely affected by scab and fungal infections, but not a single fruit tree is immune from the appearance of harmful insects. If the rules of care are not followed and there is no prophylaxis, you can expect a meeting with a sawfly and a moth, a flower beetle and various types of aphids and moths. During the ripening period of the crop, it is impossible to fight pests using chemical preparations, therefore, you must carefully take care of the tree in order to avoid the appearance of parasites. The crown of the tree and the area of ​​the trunk circle can be processed in the spring before flowering and in the fall, after leaf fall. Dried and damaged branches, fallen leaves and old bark must be burned, the territory of the trunk circle must be weeded and loosened. In spring and autumn, the bole should be whitewashed, this will not only protect the tree from pests, but also from burns in the spring, and from frost in winter.

But being objective. It should be noted and limitations varieties:

Gardeners' comments on the Cinnamon new apple variety may vary. Someone thinks that with the advent of new varieties that begin to bear fruit after two, three or four years, it makes no sense to wait seven years to taste the first, even very tasty apples. Still, most gardeners will tell you that the Cinnamon apple tree is new - it is a classic, and the classics are always in fashion!

Vika siderat: when to sow and how to apply. Vika as a siderat: photo

How to grow a cactus at home?

Fruit rot: how to save your garden 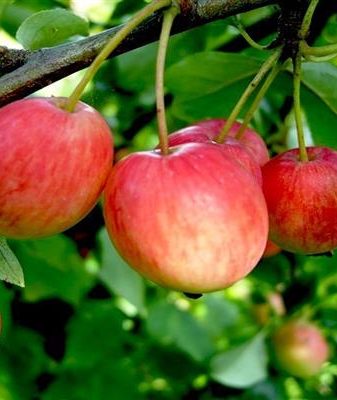 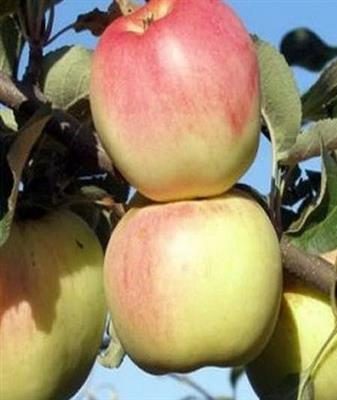 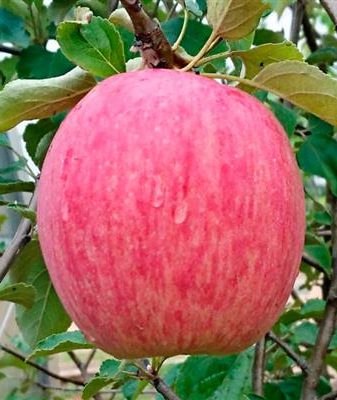 Apple tree winter striped
What criteria do you follow when choosing varieties of fruit trees for your garden? Undoubtedly ...
×