Pear Shuranovka 3 is a variety of pears that ripen in autumn. Bred in Khabarovsk, it is intended for cultivation in the gardens of Primorye and the Khabarovsk Territory. This article will consider the history of breeding this winter-hardy variety, as well as its main characteristics, advantages and disadvantages.

Pear Shuranovka: the history of the origin of the variety

The history of the Shuranovka pear variety dates back more than a century and begins in 1911, when the Khabarovsk breeder P.G. Shuranov began working with hybrid pear seeds sent to him by the famous Russian biologist I.V. Michurin. The seedlings grown from them could not boast of resistance to severe Far Eastern frosts, so it was decided to carry out an experimental grafting of the starting material on the wild-growing Ussuri pear. After fruits began to set on the grafted branches, five of them were allocated for further breeding. They received serial numbers and a collective name by the name of their researcher - "shuranovka". From that moment, five new varieties began to be grown in the gardening farms of the Khabarovsk Territory.

The best commercial qualities were found in the fruits of Shuranovka No. 2 and Shuranovka No. 5, however, both varieties were not winter-hardy enough to be widely cultivated in the Far East. The area of ​​their distribution is limited only to the southern part of the coast of the Primorsky Territory, where trees of these varieties are grown in the form of boles. In stanza form, as well as being grafted onto the Ussuri pear, they take root well on the territory of the Khabarovsk Territory, in the Amur region, on Sakhalin, in the Jewish Autonomous Region. The pear variety Shuranovka 3, which became widespread in Primorye and in the Khabarovsk Territory, was recognized as the most resistant to severe frosts. He passed
long-term research and today it is present in the list of varieties that are standard for the Far Eastern economic region. By the degree of winter hardiness and the volume of pear harvest, Shuranovka 3 is as close as possible to another frost-resistant pear variety - "Lukashovka". However, the latter is inferior to the brainchild of P.G. Shuranov in terms of taste of fruits, as well as in terms of shelf life. 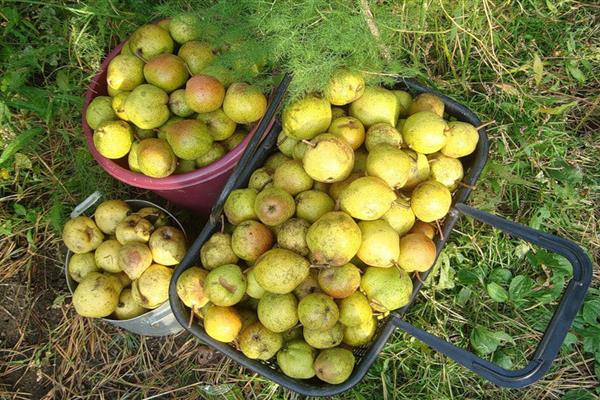 Pear Shuranovka 3: photo of the variety

Trees of the Shuranovka 3 pear variety are distinguished by their high growth and powerful skeletal branches located perpendicular to the trunk of the plant. The crown in the form of a wide pyramid thickens as the tree matures, as the branching of the shoots increases every year. The branches are covered with a layer of smooth brown bark with a green tint, which begins to peel off as the tree matures. Shoots of medium length and thickness also have a greenish-brown color and are covered with a large number of lentils on all surfaces. Rounded, dark brown buds are attached at an angle. Leaves, as a rule, are oval or ovoid, pointed towards the top. The edges are characterized by an almost solid contour with almost imperceptible small teeth. A slightly folded leaf plate in the upper part is colored dark green, in the lower part it has a light green color without edge. There is no pubescence on rather short and not too thick petioles.

The fruits of the Shuranovka 3 pear variety are of average size, typical for this region: their average weight is 75 g, while the maximum weight does not exceed 90 g. They are characterized by a round or ovoid shape and a smooth surface.The main part of the fruit is colored greenish-yellow, and there is also a not too pronounced tan of a light burgundy hue. A large number of tiny subcutaneous dots of light brown color are scattered over the entire surface. These miniature fruits are characterized by an almost complete absence of a funnel, as well as a modest size of a saucer. The peduncle is of medium length and thickness.

Pear Shuranovka 3: features of the variety

Pear Shuranovka 3 is rather early ripening - the first fruiting occurs after 2-3 years of growing the tree. This variety is characterized by regularity and abundance of harvests, but in the first year it has a smaller size than in subsequent seasons. The maximum yields were recorded in trees at the age of 16: in the Lukashov nursery, they amounted to about 57 kg per tree.

On average, up to 15 tons of fruits can be obtained from 1 hectare. Trees of the "Shuranovka No. 3" variety retain
the ability to bear fruit for 40 years, although there are cases when the age of a fruit-bearing tree was half a century.

The phase of removable ripeness of fruits falls on the last days of September; they reach their consumer maturity 5 days after harvesting. Pears of the Shuranovka 3 variety retain their presentation for almost one and a half months. Ripe fruits stick well to the branches and rarely crumble even under the influence of strong gusts of wind and precipitation.

In addition to the relative winter hardiness of the pear variety, Shuranovka 3 is known for other advantages. These include not only the yield and high commercial qualities of fruits, but also their weak shedding and a long shelf life for the region. In addition, "Shuranovka No. 3" is resistant to such a common disease among fruit crops as scab.

The weak point of the Shuranovka 3 pear variety is its partial suitability for cultivation in the northern regions of the Far Eastern economic region. At the same time, the variety is successfully used for breeding new varieties of pears as a breeding material.

Pear Shuranovka 3 is the most successful result of an experiment carried out at the beginning of the 20th century by a domestic breeder P.G. Shuranov.

This variety has concentrated in itself a fairly high resistance to frost, as well as to scab. Its fruits, despite their modest size, have good commercial qualities and a chemical composition rich in useful substances. Pear variety Shuranovka 3 is deservedly considered one of the favorites of gardeners in Primorye and the Far East.

Tomatoes are not tied in the greenhouse: ALL the reasons and what to do?

Strawberry Clery: photo description and valuable tips for caring for the berry 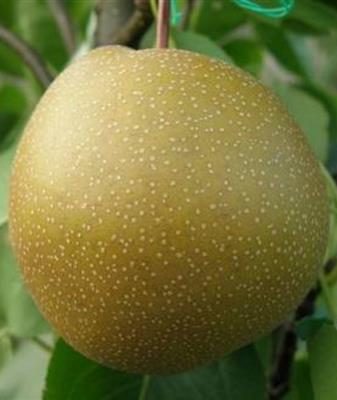 Pear Morning freshness
Pear Morning Freshness is a relatively new variety of pears passing by at the moment ... 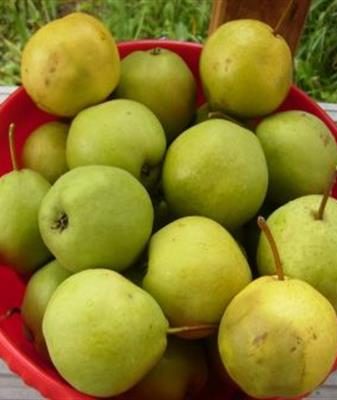 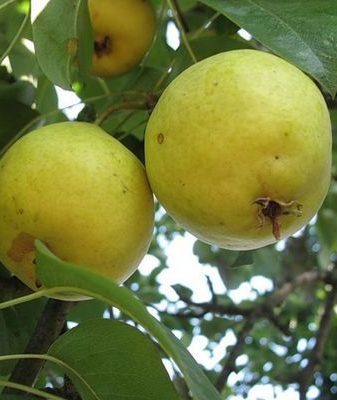