The birthplace of the Skorospelka Sverdlovskaya pear variety is the Sverdlovsk region, where in 1975 the employees of the local selection station of gardening (L.A. Kotov and G.N. Tarasova) crossed two unpretentious varieties. The famous French variety “Bere Zheltaya” and the variety of domestic origin “Early Summer” became the parents of the new hybrid. After 3 years, experimental specimens passed the test of severe frosts that fell in the winter months of late 1978 and early 1979. Those hybrids that showed the best result in winter hardiness began to bear fruit in the summer of 1984. Two years later, the novelty has already gained recognition due to the high taste of its fruits - the Skorospelka Sverdlovskaya variety was classified as elite. This variety entered the State Register of the Russian Federation in 2004 and was recognized as suitable for cultivation in the Volgo-Vyatka economic region. He received recognition among the gardeners of the Urals - the trees of Skorospelka Sverdlovskaya successfully take root in the Sverdlovsk region and neighboring regions. 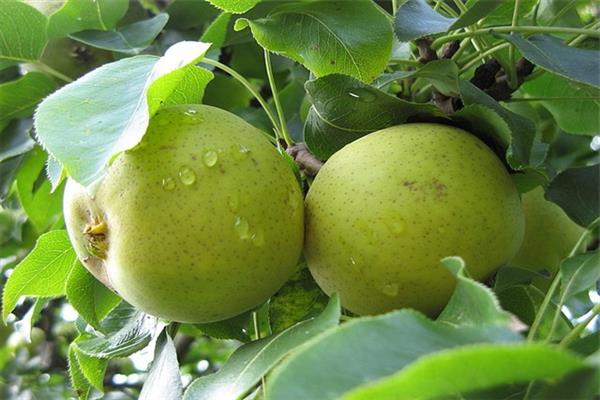 The trees of the Skorospelka Sverdlovskaya variety are characterized by high growth and rapid development rates. In young pears, as a rule, the crown resembles a pyramid in shape and does not differ in density. Straight branches are directed upwards and depart from the standard part of the tree at sharp angles. As it matures and the volume of the crop increases, the crown becomes more and more spreading. At the same time, the branches remain straight and only during the period of fruit ripening can they bend. They do not branch out if
the gardener does not specifically prune.

Almost the entire surface of the branches is covered with shortened ringlets, both simple and branched. The trunk of the tree, like the skeletal branches, is covered with a smooth gray-green bark. The shoots of medium thickness have a round cross section and a greenish-yellow bark, the edge on them is absent. Rare lentils are rather large and concentrated at the surface of the bark. Dark brown cone-shaped buds are attached at an angle, have a smooth surface. Medium-sized leaf plates are attached perpendicular to the shoots, they are characterized by an oval shape with a pointed elongated top, a wide base.

The contours of the plates are strongly serrated, and the teeth are long and sharp, resembling eyelashes. The leathery and glossy surface of flat and not too thick leaves is colored light green and has no edge either in the upper or in the lower part. Leaves are attached on smooth and thin petioles elongated
forms. Miniature stipules fall off rather quickly.

Flower buds are large and medium-elongated, as well as a smooth surface. Flowers appear quite early and are usually collected in
multi-component corymbose inflorescences.

Skorospelka Sverdlovskaya cannot boast of outstanding fruit sizes. For the most part, they are small or medium in size. Their mass does not exceed 110 g and on average is 80 g.This variety is characterized by a regular apple shape with unexpressed ribs. Not too dense, smooth skin has a dry and slightly rough surface, painted in a lemon-yellow hue, and also covered with noticeable cork specks. The peduncle, as a rule, is shortened and thick, the funnel is miniature, like a flat saucer. The calyx is usually open, and the sub-mucosa is very wide. Medium-sized, egg-shaped seeds are dark brown in color. The cream-colored pulp contains a lot of juice and is distinguished by its tenderness and aroma. The taste of the Skorospelka Sverdlovskaya variety received a high rating of 4.5 due to its unusual balanced sweet and sour bouquet with honey notes. The appearance of the fruit does not reflect its high taste.

"Skorospelka Sverdlovskaya" begins to bear fruit 4-5 years after budding. This variety is self-fertile, however, pollinated by all varieties of pears, with the exception of the wild-growing Ussuri pear, which blooms at other times. The Skorospelka Sverdlovskaya trees bear fruit annually and abundantly, about 39 tons of fruits are collected from each hectare of plantings on average. The variety is classified as table and technical - i.e. its fruits can be eaten fresh, and can act as raw materials for conservation, preparation of compotes, preserves, jam. "Skorospelka Sverdlovskaya" presents a record-early period of fruit ripening: in the Sverdlovsk region this happens after August 15, 78 days after the end of the flowering phase. The consumer ripeness of the fruits of this variety occurs in a week and a half after the phase of removable ripeness. 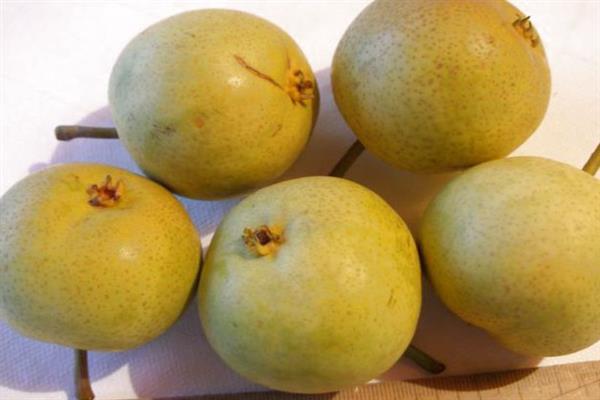 In addition to regular fruiting and impressive harvest volumes, Skorospelka Sverdlovskaya is famous for other advantages. So, it is characterized by extremely high resistance to winter frosts. Trees of this pear variety also tolerate return spring frosts, which are detrimental to other varieties. Skorospelka Sverdlovskaya can withstand hot and dry periods, but its resistance to drought is not so high. Another strong point of the variety is its exceptional immunity to scab disease. Leaf spot of fruit crops poses a certain danger to Skorospelka Sverdlovskaya and affects it to a moderate degree. As for harmful insects, pear gall mites cause the greatest harm to the trees of this variety.In general, the unpretentious nature of this variety allows it to be used as a stem-forming crop, as well as in the form of a rootstock.
The weak points of the Skorospelka Sverdlovskaya variety include the not very attractive appearance of the fruit. For this reason, their commercial qualities are assessed as average, despite the high assessment of taste. Ripe fruits of "Skorospelka Sverdlovskaya" often crumble even before harvesting, and also do not tolerate transportation well.

The Skorospelka Sverdlovskaya pear was specially bred for cultivation in regions with severe winters and short summers. Due to its outstanding winter hardiness and the earliest fruit ripening period, this variety is widespread in the regions of the Urals. Its rather nondescript and small fruits have high taste characteristics, in addition, the variety is a high-yielding variety, and fruiting occurs every year.

Asparagus beans in the garden: TOP secrets of planting and care in the ground

Growing apricots in Siberia and the Urals: we will reveal all the secrets!