Pear Morning freshness is a relatively new variety of pears currently undergoing trials for inclusion in the State Register. It belongs to the varieties of summer ripening of fruits and has already managed to spread in the southern regions - in the Rostov region, Krasnodar Territory, in the North Caucasus. This article will focus on the main characteristics of the Morning Freshness pear variety, its advantages and disadvantages.

A novelty among pear varieties, the Morning Freshness Pear was bred by free pollination of Korean pears. Those seedlings that showed the most pronounced characteristics were allocated to a new variety. Since 1994, "Morning Freshness" has been tested at the state level and is currently recommended for gardeners in the south of Russia, in particular, the North Caucasian economic region. The merit of its breeding belongs to the employee of the All-Russian Research Institute of Breeding of Fruit Crops Sedov E.N. and Eremin G.The. - an employee of the Crimean Experimental Breeding Station of the All-Russian Institute of Plant Genetic Resources. N.I. Vavilov. 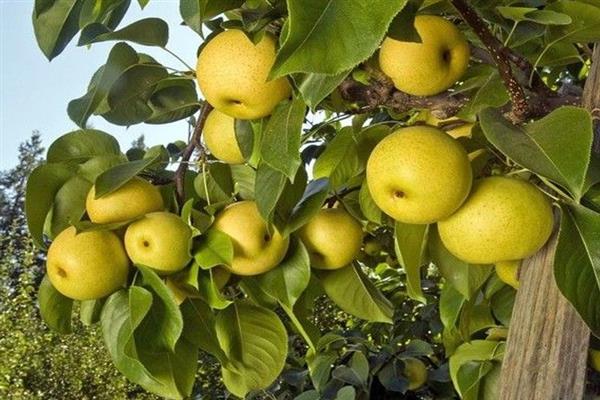 For the pear variety Morning freshness, low growth is characteristic - for plants aged 10 years, it does not exceed 4 m. The not too dense crown has a rounded shape, the basotonic type is characteristic of branching. The smooth bark of the trunk of the tree and its skeletal branches is colored gray-brown. Pear fruits Morning freshness is formed on two types of shoots - on ringlets and on spears. Straight and relatively thick shoots are usually brown. The leaf plates are dark green and large in size are oval in shape. The leaves are most often slightly concave, their smooth surface at a young age has an edge along the central vein, it gradually disappears. The edges of the leaf plates have jagged contours. The leaves are attached to short, slightly pubescent, light green petioles. Large stipules are shaped like needles. Flowering in the Krasnodar Territory occurs in the last days of April and the first weeks of May. During the flowering period, the shoots of the morning freshness pear are covered with large white flowers in the shape of a saucer. They are characterized by the same length of pistils and anthers. Flowers are collected in 7-10 specimens and form inflorescences.

Pears Morning freshness are medium in size, their greatest weight is 180 g, while the average does not exceed 115 g. Bright green glossy fruits of obovate shape over the entire surface are covered with tiny beige subcutaneous dots of color. The stalk is medium in size, as is the heart, as well as the seed chambers and the ovoid seeds contained in them. The narrowed papillary tube is almost impossible to distinguish. This variety is characterized by the absence of funnels.
and axial cavities. The fibrous part of the Morning Freshness variety has a pleasant creamy white color and is saturated with juice, moreover, it is characterized by a pleasant aroma and crunchy texture. The flavor bouquet of this variety was highly rated 4.6 out of 5 possible points. Assessment of the appearance of a pear Morning freshness is 4.5, and compotes made from them - 4.2.

The chemical composition of the fibrous part of pear fruits. Morning freshness includes sugars (slightly more than 8%), acids (0.2%), vitamin C (5 mg per 100 g), pectins (1.5%). 2.3 Fruiting, harvesting and storage of crops
Pear Morning freshness belongs to the early-growing varieties of pears and begins to yield after 2-3 years of growing the tree. This variety is partly self-fertile, artificial pollination gives 30% of fruit ovaries. The optimum is pollination with East Asian varieties of pears - "Kiffer", "Bronzovaya", "Vostochnaya Zolotistaya".

For pears, Morning freshness is characterized by annual fruiting, and the volume of the harvest increases as the tree matures. By the age of 12, from each plant, you can get from 70 to 100 kg of fruits.

The phase of the removable ripeness of the pear variety. Morning freshness occurs in the first two weeks of August, before harvesting the pears hold well on the branches and hardly crumble.

The consumer maturity phase lasts from 2 to 3 weeks.

Pear Morning freshness is a new variety of pears that has already won the recognition of scientists and the sympathy of gardeners. The compactness of its trees allows them to be grown even on small-sized personal plots. Comprehensive immunity to any diseases, as well as relative resistance to frost and drought, make it suitable for widespread cultivation in the North Caucasian economic region. Pear Morning freshness is characterized by early maturity and stability of fruiting, as well as a tendency to increase the yield as the tree matures. Its fruits have received high marks for their marketability. 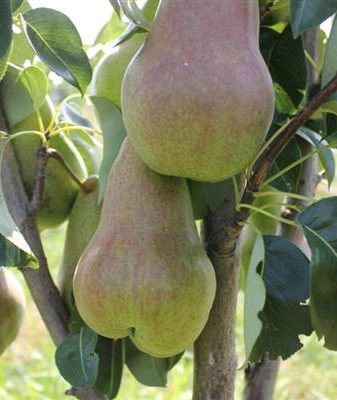 Pear Orlov beauty
Autumn time is not only the season praised by poets, but also the period when we can ... 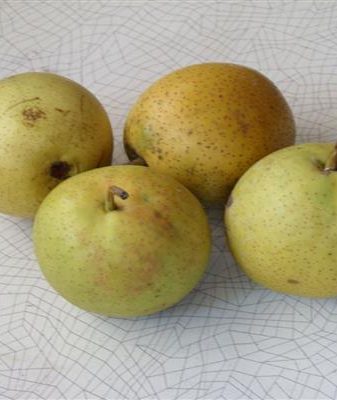 Pear early-fruiting
Pear Early-fruited - a late autumn variety, bred with the help of selection by scientists from VNIITSISK, ... 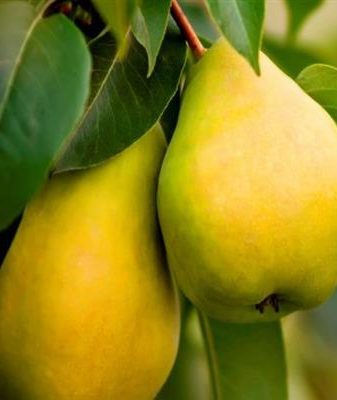