Now it is quite rare to see a garden or a personal plot where such a fruit and berry culture as currants does not grow. Moreover, it is presented in different varieties, most often it is white, red and black. There are also such shrubs, endowed with fruits of a green hue, although in fact, these berries with this color are considered a mutation of varieties with black fruits. In this article, we will consider in detail one of such subspecies as currant Emerald necklace. 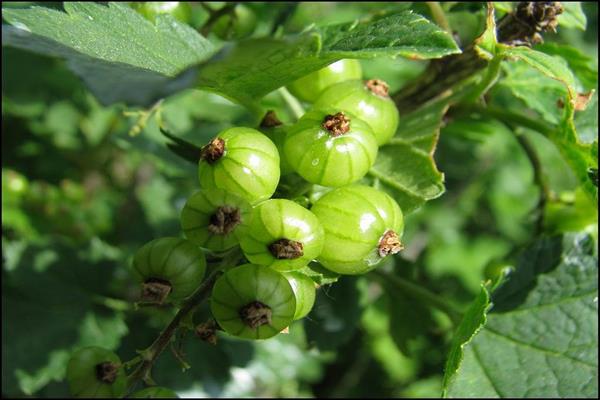 Currant bush Emerald necklace, which has medium spreading, is often grown not only for a healthy and very tasty harvest, but also attracted in the form of a hedge. The main distinguishing feature of this shrub is not quite the usual shade of its fruits - green, which, moreover, are endowed with excellent taste characteristics and rather soft skin. During the ripening period, as well as after full ripening, these berries have a yellow-green color. Plus, they have a specific aroma of this fruit and berry culture. But it should be noted right away that, despite its fruit shade, this plant is not considered a separate species of this culture. Green currant Emerald necklace, in fact, is one of the varieties of black currant, but with green berries.

It is worth noting one interesting fact: in the 19th century, the currant Emerald Necklace was called the "monastery berry", because it was on the territory of the monasteries that it began to be grown for the first time, and in large quantities. And only after about half a century, they began to cultivate it in private gardens and plots.

The initial goal of creating the Emerald Necklace green currant variety was to breed a plant with high frost resistance and excellent immunity to common diseases, as well as resistant to the attack of harmful and dangerous insects. Another important reason for obtaining a subspecies with such a fruit color was the manifestation of allergic reactions in children to currants with black years. Studies have shown that this subspecies of currants is completely hypoallergenic, due to the lowest content of pectins and sugars, when compared with the fruits of black currants.

Black currant shrub Emerald necklace has medium spreading and size, it can grow up to a maximum of 120 centimeters, it is erect. This variety belongs to plants with an average late ripening period. It is considered bisexual and self-pollinated. The beginning of the flowering period falls on the month of June. Flowers when blooming are endowed with a small size and purple color, have a goblet shape. The foliage is quite tender, green in color, slightly shiny. The leaves of this bush are medium to large.

The fruits are endowed with a shade not quite usual for this culture - yellow-green, and in the inner part of these berries there are seeds of a very small size. The surface of the fruit is covered with a translucent skin with small gaps. The berries themselves are of an average size, each can reach a weight of 4 grams. They are quite aromatic, with a sweet taste with a slight sourness, quite common in black currants. Harvesting takes place until the second half of September. This subspecies is endowed with a good yield indicator, about three kilograms from one shrub. And also the variety is distinguished by high immunity to common diseases and harmful insects. The subspecies is perfect for cultivation in regions with unfavorable and difficult winter periods. It should also be said that it does not require pollinators.

Blackcurrant variety Emerald necklace is considered a valuable and important source of biologically active compounds, these are vitamin C (158 milligrams per 100 grams of product) and polyphenols, which act as antioxidants. This berry contains minerals such as calcium and potassium, which reduce the risk of heart disease. It is also worth noting the content of zinc, manganese, iron and magnesium in these fruits.

The very small seeds of these fruits contain linolenic acid, which helps to reduce blood lipids. The chemical composition of these berries also contains: the sum of sugars 10.3 percent, pectins 1.6 percent per 100 grams of product. 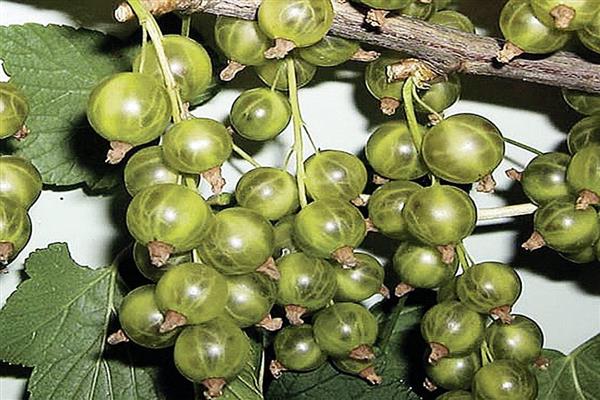 Like any variety of this fruit and berry crop, this subspecies has its positive and negative qualities. The benefits of this shrub include:

The subspecies does not have any particular drawbacks, they can only be attributed to:

Black currant variety Emerald necklace is very demanding on lighting, so the planting site should have constant sunlight, maybe with a little shade, the southern side of the site will be best suited. Being in the shade, this plant will give worse harvest, the fruits will become more acidic. The choice should be made in favor of a not damp place, protected from strong winds, as well as late frosts. Although this subspecies has a high level of frost tolerance, cold and strong winds can harm the flowers of the plant in the spring.

Also, there should be no surface groundwater at the landing site. The soil should have a weak acidity index, about 6-6.5, and should also be fertile and sufficiently loose. To lower the acidity index, half a kilogram of lime per square meter should be added to the soil. When planting several seedlings at once, it is required to leave a distance of one and a half meters in rows between plantings, with an interval of about 2-2.4 meters from each other.If you decide to plant this crop as a living hedge, then you can reduce this distance between seedlings.

It is allowed to plant these shrubs under crops such as: pear, cherry, peach trees, grapes. The best time for disembarkation is the autumn period. You can engage in planting this subspecies of currants in the spring, but avoiding the period of return frosts. When planting this bush in the spring, the plant will need a constant watering procedure during the first months of life.

Before planting a seedling of this variety, you should first prepare the place and soil. For this:

Planting a variety of green currants Emerald necklace is carried out according to the following scheme:

Blackcurrant Emerald necklace prefers to grow in an environment saturated with nitrogen, which is why, after the planting procedure, it is required to apply a layer of mulch on the ground. Suitable as this mulch: wood chips, fallen leaves, well-rotted manure.

Within two weeks after the planting, watering this seedling is required quite often, about two to three times every 7 days, so that moisture is in the soil all the time. The most important for this subspecies is constant watering and distribution of a layer of mulch near the shrub to maintain soil moisture in the summer season. It is also very important to constantly weed the area near the bush from weeds, and it is advisable to do this manually.

It is also worth noting that the hoe is categorically not suitable for caring for this subspecies of currant, since the root system of this plant is superficial, and thus it can be damaged. Experienced gardeners advise periodically using garden forks to "pierce" the soil near the shrub, thereby improving air circulation.

The currant shrub Emerald necklace can bear fruit for an average of 8-10 years, and at this time it takes a rather large amount of micronutrients from the soil. In order to give this shrub a bountiful harvest of ripe berries, it needs top dressing every year.

Experienced gardeners and gardeners describe various feeding methods, such as:

You should also consider fertilizing applied at a specific time:

Harmful insects quite rarely attack this culture, but in order to still avoid this trouble, it is worth taking a number of preventive measures. At the time of the swelling of the buds, but then, when the foliage has not yet appeared, these bushes should take a hot shower. To do this, the water should be heated to 60 degrees and poured over it quickly enough, until the shrubs have cooled down. These actions have a rather destructive effect on harmful and dangerous insects that wake up in the spring, and this procedure is very favorable for the plant itself. This subspecies of currant has good immunity to common diseases. For prevention, you can apply the treatment of the culture with Fitosporin.

The procedure for pruning and shaping a bush

In the case of the black currant emerald necklace, fruiting shoots are those that are no more than three years old. The yield of this plant can be increased by pruning and shaping the crown of the bush. In the second and third autumn, weak stems should be removed slightly above the surface of the soil to stimulate the growth of new shoots. The next two autumn periods, you need to cut out absolutely all dried shoots, especially those that are in the middle of the bush, because the penetration of the sun's rays into the center of the culture is crucial and very important. Plus, this performed procedure frees up space for the formation of new increments. It is also very important to cut out the stems of the plant older than three years, as they are not productive.

In adulthood, the Emerald Necklace currant bush should have 13-20 stems. Twisted, tangled branches lying on the surface of the soil should be removed in time. The shrub should be beautiful and regular, cupped. In order to stimulate the growth of the largest number of new shoots, it is required to remove old wood to new buds in the autumn.

Currant Emerald Necklace has a high level of frost tolerance, as it was originally bred for cultivation in areas with difficult and unfavorable winter periods. Therefore, shelter for this plant for the winter season is not required.

Ripe fruits of the black currant Emerald necklace should be eaten fresh in a fairly short period of time - three to five days, otherwise they may deteriorate. At an air temperature of +4 degrees (in the refrigerator), these fruits retain their qualities for 7 days. If you follow all the rules for picking berries, then they will not wrinkle, and it will be possible to carefully fold them into containers that are not deep for long-term transportation.

Currant Emerald necklace is not considered ubiquitous, but those who were able to taste these delicious, delicate and beautiful berries of an unusual shade for currants will definitely want to grow this useful crop in their personal plot. The main thing is to follow all agrotechnical norms and recommendations, and then the result will please you very much.

Juniper in the Urals: planting and care, where it grows, photo in the forest 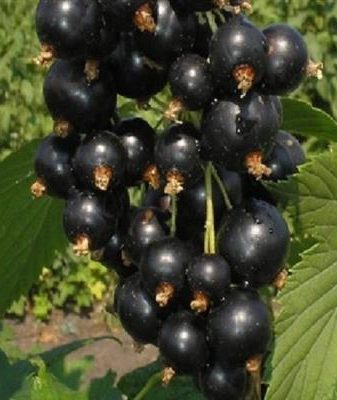 Black currant Zusha
A subspecies of such a fruit and berry crop as currants, with a dark color of berries, which will ... 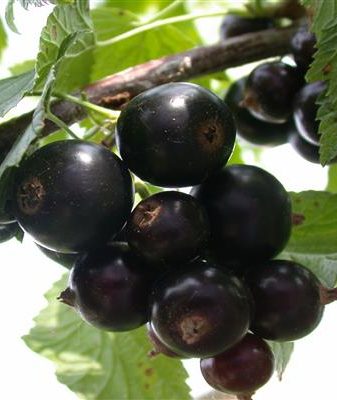 Blackcurrant Worthy
In this article, we will consider the Worthy black currant. A variety appeared on Minusinskaya ... 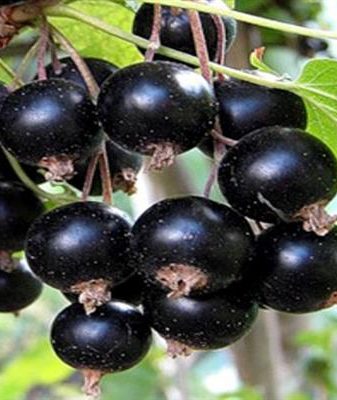 Black currant Kanahama
A subspecies of such a fruit and berry crop as black currant, which will be discussed in detail in ...
×