Often, novice gardeners forget about an important event - grape rationing. The grapes grow more inflorescences than they can handle and still have normal yields. This feature was created so that the plant could survive in uncomfortable conditions. So, in more detail about what grape normalization is. 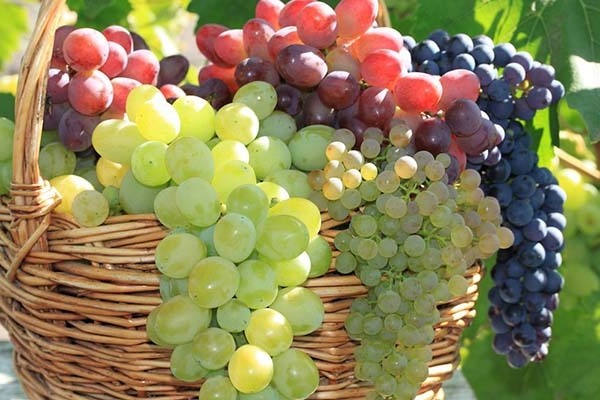 Why do you need to regulate the number of bunches

Experienced gardeners already know how many bunches to leave, they know about the count and rate of bunches on each bush. The load is determined by the variety and type of grapes. In real nature, grapes themselves regulate the number of bunches, relieving themselves of excessive stress. Artificially bred varieties cannot do that. The bunch can reach a weight of two kilograms, but the bush cannot regulate the weight of the fruit. 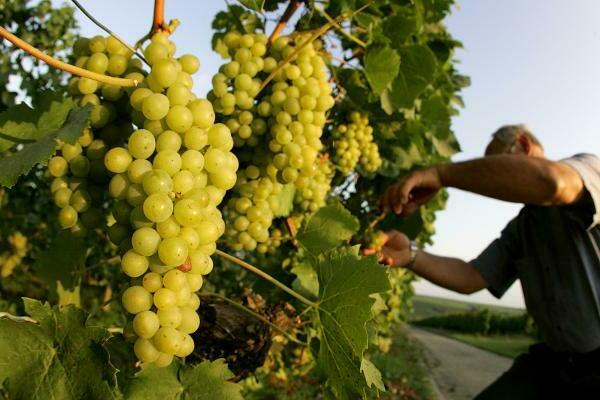 If you allow the growth of unnecessary inflorescences, the crop may not grow to a certain size, which will negatively affect it. Gustatory and external qualities inherent in this variety may be lost. In addition, there is an overuse of plant nutrients and energy. This can lead the grapes to complete exhaustion during the season and the plants will not survive the winter. As a result, you lose both harvest and good bushes.

The importance of pruning

In order to prevent such problems, it is necessary to carry out pruning. There are no special rules for pruning fruits. There are different methods and methods, as well as norms for the number of bunches. Usually, for each bush, all indicators are individual. The experience of a person working with bushes is important. Don't be afraid to try new things and watch the results of your actions. 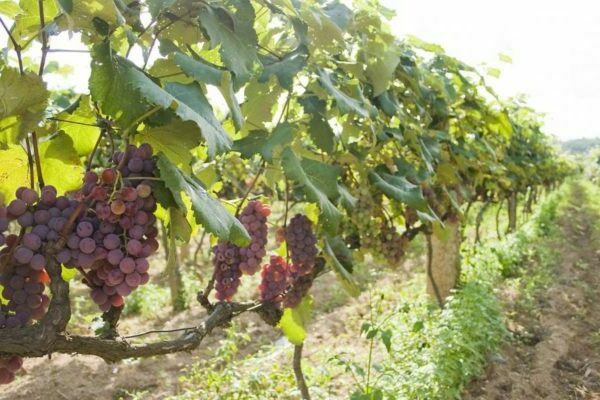 When should it be done?

It is recommended to carry out the operation before the beginning of the flowering period, in early spring. Most often, varietal bushes have a stable harvest for several years. When the buds begin to swell, it is important to understand how thick they are and how many inflorescences are formed.

After you have done the first pruning, the necessary nutrients go directly to the remaining bunches. If the grapes are young, it is a little more difficult to find out how many inflorescences have been removed. In young bushes, pruning is recommended immediately after flowering. When the ovaries have already formed, it is possible to determine what to leave6 and what to remove.

With this normalization, the load is distributed over the eyes, they must be left so that the plant can survive the winter if the plant begins to break off. If your bushes are still young, the optimal number of eyes is about fifty.As the plant grows and the amount of greenery increases, the normal number of eyes also increases. Large hybrid varieties have a high load, which usually doubles.

Fruit arrows are distributed one per sleeve. In fact, grapes are vines, they stretch over the entire possible territory. These plants need a backbone and well-formed branches. A vine is called a sleeve, which is already several years old, in fact, it is the basis of a bush. If the grapes begin to fatten, then the fruiting arrow should be left in two or sometimes more. This is necessary for the correct distribution of food throughout the plant.

Normalizing a grape bush by shoots

The first stage is the removal of shoots without inflorescences; removal should take place together with the heel. If you notice branches that are not growing fast enough, you can delete them too. Pinching of the upper leaves is mandatory. This operation is needed to reduce the growth rate and so that the energy is dispersed throughout the plant. If the berries appear unevenly on the bush, pinching is necessary. Grapes have a mustache, and they are able to block the path of air and nutrients to some parts of the plant, so pruning them is also very desirable.

Normalization of the grape bush and the formation of stepchildren.

In parallel with the growth of the plant, the formation of stepchildren occurs. Care must be taken during removal. Air exchange capabilities are increased when normalization is carried out. And at the same time, the load on the vines is reduced. At the very top of the bush, it is recommended to leave three stepsons. In this case, the dormant buds will not wake up and the plant will have three points for possible growth. 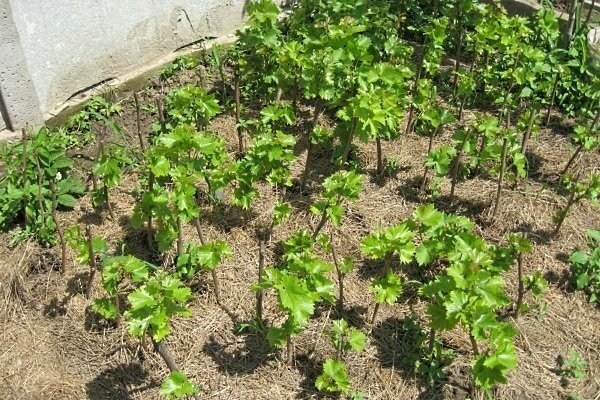 There is a procedure called chasing. It is needed to speed up the process of woody shoots and berries ripen better. The procedure itself is the destruction of grass-like shoots. In summer, green shoots are cut off by three to four hundred centimeters. In hot climates, this is done in the middle of summer, in temperate ones towards the end. To make the fruits ripen faster around them, you can cut off the interfering leaves. It is important to do such pruning not immediately, but gradually, so that the plant does not come into shock and does not get burned.

Standardization of grapes in bunches

Sometimes the bunches grow too close to each other, this is typical for the variety Cardinal... In such a situation, due to a lack of heat and light, the berries in the middle of the bunches may not ripen. Berries often start to rot and crack. Normalization consists in cutting out thirty percent of the bunches with scissors.

Normalization of bunches of grapes: important rules and recommendations

The formula was derived by scientists from the Institute of Winemaking and Grape Breeding of the same name. It helps to determine the number of clusters the bush needs. The preliminary number can be calculated using a simple mathematical formula. Formula: multiply the number of well-grown shoots by two and a half. Unfortunately, in most cases, this formula is not very applicable. Experienced and not very experienced gardeners determine the required number of bunches by the appearance of the plant, you need to focus on the environmental conditions and the capabilities of the plants. 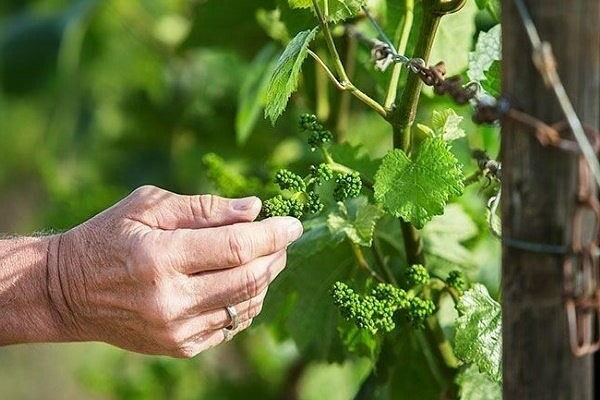 The number of bunches for popular varieties.

Since the formula is not perfect, gardeners have determined the average for a variety of varieties.

In varieties where the clusters are very large and in weight can be more than one and a half kilograms, it is recommended to leave one cluster per branch and leave thirty percent of the shoots without fruit.

One bunch on the shoot is left in the case of large and medium table grape varieties. The weight of the former is usually from eight hundred grams, the latter from half a kilogram.

Kishmish and technical varieties weigh no more than two hundred grams and there you can leave up to six bunches on a branch.
The indicators are formed taking into account the fact that each shoot is able to withstand from ten hundred grams to twelve hundred grams, without tangible damage to the plant and the crop.

The mass of fruits that emerged from one bush:

It is quite easy to calculate the parameter. The correct yield must be divided by the yield promised by the breeders. As a quotient, the number of bunches is needed. You leave this volume, the remaining clusters are cut off. It is also necessary to remove the weak and not able to give a good harvest. 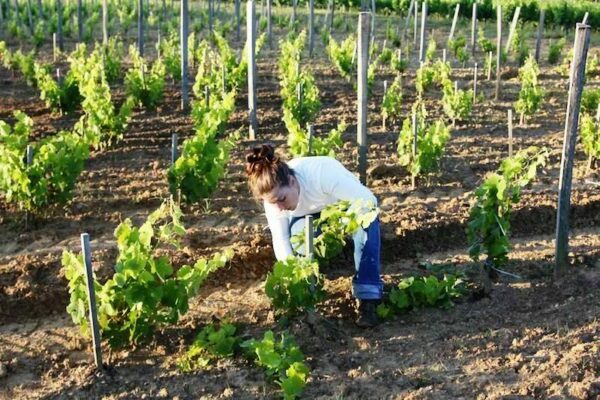 For the correct calculation of the possible load on the plant, it is important to remember about the growth and size of the one-year-old vine. If the load persists from the previous year, then most of the grapes should be vines, an approximate height of two meters, a diameter of about a centimeter. If everything is done correctly, the amount of the crop will either remain or increase, no more than twenty percent.

Important! Young bushes have a rule of natural growth before the development of the possible power. It lies in the fact that a two-meter vine can contain half a kilo of berries. In this case, the berries will have access to the necessary and optimal amount of resources for them.

Normalization is an essential part of the life of the grape. Such pruning and removal allows you to get the right amount of high-quality and tasty berries, and also helps the plants to cope well with winters.

The latest apple varieties that deserve your attention 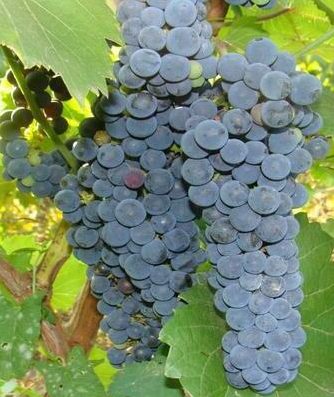 Amur breakthrough grapes
Russia is a country with rather harsh climatic conditions in many regions. This indicator ... 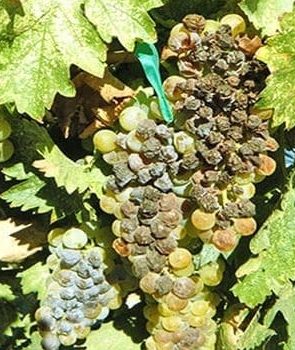 Mildew on grapes.
What is Mildew? This is a disease, namely a fungus that spreads at a breakneck speed throughout ... 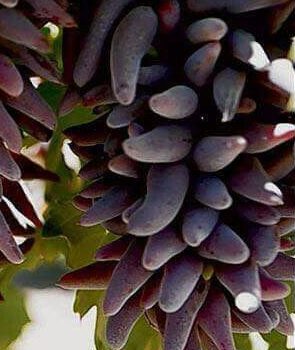 Witch's fingers grape
Grapes are considered the same crop in which the berries are always the same shape. But still...
×