TOP 5 most unusual hybrids for growing in the garden
103

TOP 5 most unusual hybrids for growing in the garden

Today, perhaps, no one is surprised by small fragrant bananas, nectarines, miniols - these are all hybrids. It seems that they have always been on sale, the idea that these are the fruits of interspecies crossing or genetic manipulation do not visit us. The wonders of breeding are so diverse in their shapes, colors and flavors that it is worth dedicating a separate greenhouse on your site to this curious assortment.

So, our first overseas guest is a yellow watermelon hybrid. Having crossed a wild watermelon with a regular one, thereby removing the excessive sweetness and richness of seeds that children do not like so much, Thai breeders received an absolutely memorable, low-calorie, only 38 calories, revered and respected delicacy throughout the Kingdom - the yellow color of watermelon, according to local beliefs, attracts money luck.

Round yellow watermelons on store shelves come to us from Spain in summer, and oval ones from Thailand in winter. But Russia does not lag behind either: in Astrakhan, for about ten years, the Research Institute of Irrigated Vegetable and Melon Growing has been developing a new variety of watermelon "Lunny", in contrast to the foreign one that tastes sweeter, with a taste of either mango or pumpkin.

Ukrainian experimenters did not manage to repeat the success of their Russian colleagues. “Kavbuz” is good only for preparing porridge, because from the watermelon it got only a faint aroma, and the inside looks more like a pumpkin on closer inspection.

The watermelon radish, which we will tell our readers about - the subject of restaurant pride of cooks in England and America, - the mashed potatoes and an unusual side dish that are just as good for baking turns out to be painfully interesting.

Do you want to surprise your neighbors in your summer cottage? The seeds of a hybrid vegetable can be easily purchased on the Internet, and growing such a vegetable is not so difficult even in our climate. If you look at this miracle, it seems that the watermelon has turned inside out - raspberry radish inside, not outside. Similar in shape to a radish or turnip, the same miniature in size, only 7-8 sentiments, this vegetable is a real storehouse of vitamin C and folic acid. A little bitter on the outside, sweet closer to the center - watermelon radish has already found a large number of fans around the world.

Pluot— a hybrid of apricot and plum, which is reflected in the name by adding two parts of the English words “plum” (plum) and “apricot” (apricot). Plout surprises with a color palette: outside - green, pink or purple, inside - from rich plum to white.  In the California fruit tree nursery “Dave Wilson Nursery” they have been dealing with this delicacy for thirty years already, - original desserts, homemade preparations and great wine are obtained from ploot, because it is much richer in taste than plums and apricots, and much sweeter.

Yoshta — this word contains two German words - johannisbeere (currant) and stachelbeere (gooseberry). The idea of ​​combining gooseberries with currants is not new. Michurin is working on his own kind of gooseberry without thorns "Mavr Cherny". His German colleague, Paul Lorenz, even raised about a thousand seedlings before the start of World War II, but, unfortunately, further work was stopped due to the outbreak of hostilities.

Rudolf Bauer took over the baton at the end of the 70s of the XX century, who managed to develop an ideal hybrid on German soil.The taste is extremely original: viscous, sweet and sour, large berries are similar in size to cherries. Yoshta is quite unpretentious, brings a decent harvest of berries - 7-10 kg per bush, and housewives and lovers of culinary experiments are happy to use berries in homemade desserts and preparations. The berry will help improve blood circulation, improve the functioning of the gastrointestinal tract, and help those who need to remove heavy metals from the body. Growing such an unusual bush in your own dacha is quite within the power of even a novice gardener.

Nashi—Asian apple-pear, has many advantages over the traditional apple and pear. This fruit easily tolerates the longest transportation, and the taste amazes even the most demanding gourmets: a juicy apple turns into a crispy pear in an instant. The pale green, orange color of this fruit hybrid indicates a high antioxidant content. Nashi fruit hybrids go well with wine, delicately decorate the taste of salads.

Many fear the unexplored effect of fruit and vegetable hybrids on humans, which have nothing to do with genetic engineering. Breeders cross closely related species of fruits, vegetables and berries with each other, resulting in a new fruit with improved taste and sometimes appearance. Why not experiment with our readers too?

How to feed cucumbers in a greenhouse and open field 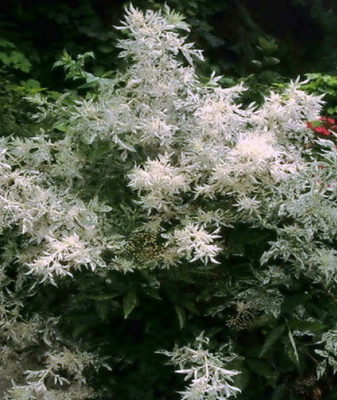 Plants that repel insects - do they grow in your country house?
A large number of insects live in nature. From pleasant for our eyes, butterflies and dragonflies, to ...
Growing yoshta: agricultural technology, proper planting and care features
Very often you can find such shrubs as gooseberries and currants on our plots. But there is ...
×