Elderberry Pulverulent is an unusual and ornamental plant. This bush has very beautiful bright leaves with an interesting white tint. Pulverulent can grow about 2 meters, no more, so it will fit any site design. 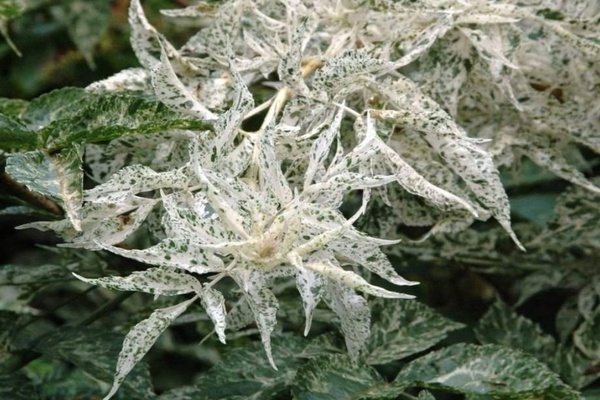 In the wild, the elderberry can be seen in a variety of places: along the roads, in the thicket of the forest, in the open field. And some species are purposefully grown in nurseries and put up for sale. Black elderberry Pulverulenta is an ornamental and very attractive variety. It is often used in the landscape design of garden and suburban areas.

The main value of Pulverulent lies not only in its lush flowering, but also in the original color of its leaves. They are colorful and bright. Due to its fairly convenient size and lush, colorful crown, this plant will attract attention, standing out among other plantings with a bright spot.

Elderberry black Pulverulent can be grown both in the open field and in pots, as a container culture. Although this variety grows very slowly and grows no more than 2 meters, it forms a large, lush crown from its leaves. It can grow up to 1.5-1.7 m in diameter.

Features of the Pulverulent variety

The shoots of the black elderberry Pulverulent are very spreading, the bark on them is light gray. But the "highlight" of this variety is its pinnately dissected, large leaves. They have a very expressive color. The main part of the foliage is dark green with many white spots of various shapes and sizes. All this forms an unusual pattern on the leaves. Sometimes this pattern can take up almost the entire space, and then the green stripes become barely visible.

With the onset of the summer season, small white flowers begin to bloom. They form large, thyroid-shaped inflorescences and give off a pleasant aroma. Directly with its unusual appearance, this variety decorates any site. Closer to autumn, the fruits begin to ripen. They look like small black berries, the skin of which is smooth and shiny.

Elderberry Pulverulent is a deciduous plant. Its foliage falls off for the winter.

How to grow black elderberry 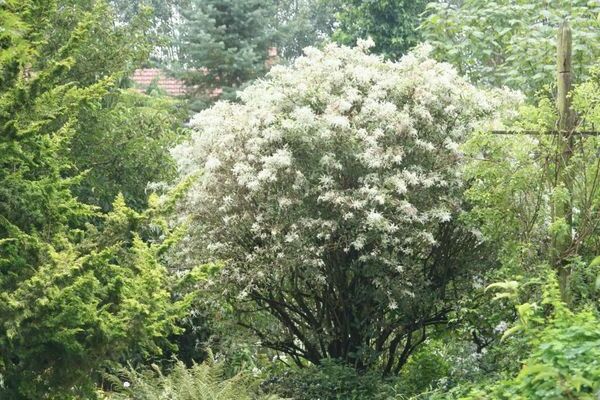 In order for the variegated leaves of this bush to not lose their original color, it must be planted in the eastern part of the site. It is there that the black elderberry will be most convenient, because there will be enough natural light, but at the same time, direct sunlight will not damage the leaves. They can burn from the midday sun. Although the Elderberry Pulverulent can easily tolerate a large amount of shade, lack of light can still affect the pattern. It can simply disappear, only the green color remains.

The land for the Pulverulent elderberry variety needs fertile, the acidity level should be neutral. She prefers loose, moist soil. But the accumulation and stagnation of water is very harmful to the elderberry. From this, a problem such as rotting of the roots of the plant can arise. Therefore, the lowlands are not suitable for the planting site of this bush. 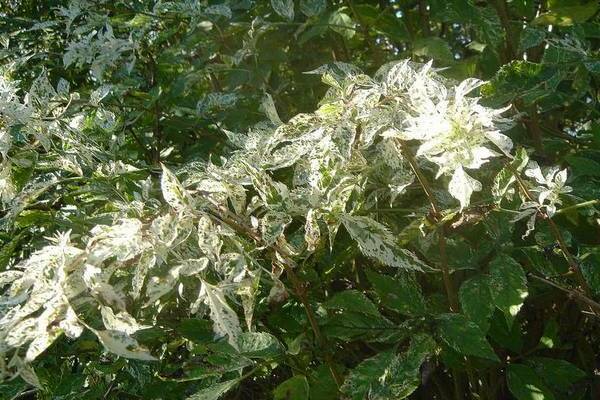 It is very easy to care for the black elderberry Pulverulent, you just need to follow the following simple procedures: water it regularly and systematically, especially in the summer heat. Without watering, it simply will not survive the onset of drought. After planting a bush in the first 2 years, you do not need to fertilize it. From the third year, it is already possible to make top dressing.This is done during the spring digging with urea or ammonium nitrate. They can be applied in turn with the manure solution (ratio 1:10).

In the fall, add compost or humus every two years. This procedure is performed when digging up the near-stem circle of the plant. Despite its great resistance to various pests and diseases, the Elderberry Pulverulent can suffer from aphids. Therefore, for the prevention of this pest in the spring, you need to treat the elderberry with special means.

Winter hardiness of this plant is low. In very cold winters, it can freeze easily. But do not rush to get upset: the black elderberry Pulverulent quickly recovers, regains its shape and becomes more magnificent. To help her in this, you need to cut off all branches that have been damaged in the spring. Then new young shoots will grow in their place.

To obtain even greater density of the bush, you need to cut it under the "stump". This will increase the number of young growth. By the end of the season, the crown density will increase significantly.

Elderberry black Pulverulent has an attractive and bright appearance. It can become the main decoration of your garden, an unusual and bright spot in its design.

Cherry Meteor: TOP reviews, description and features of the variety with photos 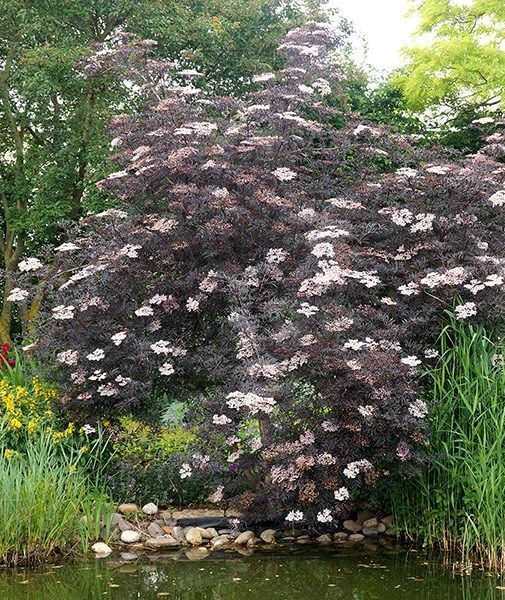 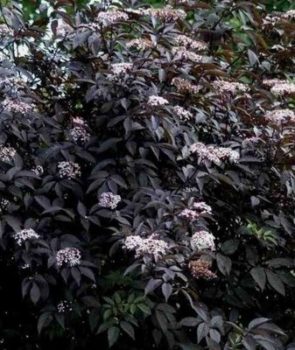 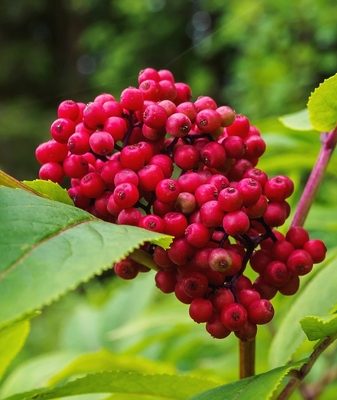 Common red elderberry - poisonous or not? Application
Red elderberry is a shrub up to 5 meters high, its bark has a grayish ...
×