Preparing raspberries for the winter cold
71

Preparing raspberries for the winter cold

Why prepare raspberries for winter?

Freezing winters without snow for raspberries can be an ordeal. There are, of course, frost-resistant varieties, but at very low temperatures they can die. Therefore, preparing raspberries for winter is extremely important.

Preparatory autumn work includes the following activities: feeding, pruning and sheltering raspberries. Each event is held separately from the other, so the whole process takes a lot of time - about a month.

Feeding raspberries is necessary if raspberry bushes need basic elements. This can be recognized by the "behavior" of the bushes. For example, with a lack of potassium, marginal necrosis appears in the leaves of the lower tiers. In case of a lack of phosphorus, the lower leaves become crimson. If raspberries lack nitrogen, their leaves may turn yellow and curl. Before fertilizing, weeds are removed from the soil and loosened.

In order for the raspberry bush to form and bear fruit correctly, it must be cut off every fall. If this is not done, then raspberries can get sick and run wild. With proper pruning, remove:

About 8-10 shoots are left on the bush. Since not all of them can survive the winter, only 6-8 shoots can remain in the spring. This is the amount that an adult bush can feed. You need to cut off branches right at the ground, without leaving hemp.

Preparing raspberries for winter: how to properly cover the berry

The last step in preparing raspberries for winter is to cover the bushes. If this is done prematurely, then some of the shoots will simply vytuyut. And if you do it too late, then the raspberries will freeze.

The weakest point of the bush is the roots, which can freeze, rot or suffocate under the ice. Therefore, before winter, the bush must be spud and mulched with humus, earth or peat.

To preserve the remaining branches, they are hidden under the snow. If the snow cover is low, then the raspberries are bent to the ground. They can simply be tilted towards each other and tied together.

If the winter period in the region is snowy, but not frosty, then these procedures will be sufficient. In regions with cold and wind, additional shelter will be required. For this, the branches are wrapped in non-woven material, inside which hay or spruce branches are stuffed.

How to prepare remontant raspberries for winter?

If remontant raspberries are grown on the site, then before the onset of winter you need to choose what to get next year: one large harvest or two small ones.

If the first option is chosen, then pruning is carried out down to ground level, without leaving hemp. After that, all the remains of the plant are raked up and removed from the raspberry tree. The roots of the bush must be fed with humus or manure (necessarily rotted). By spring new shoots will appear on raspberries and flowers will be tied on them.

When choosing the second option, two-year-old branches are cut out, unripe shoots are removed, and the tops of fruiting branches are shortened. All that is left is bent to the ground and covered in the same way as ordinary varieties. But this should be done later, by the beginning of the frost, which usually occurs in November. 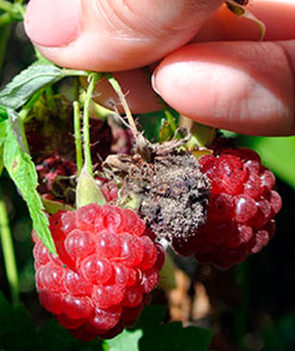 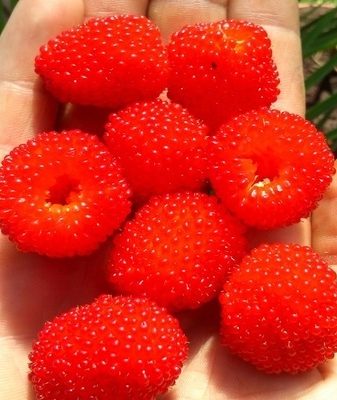 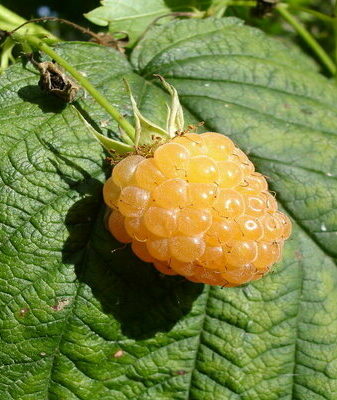 Raspberry Yellow Giant
At the moment, not many gardeners are engaged in the cultivation of yellow raspberries. But in the midst of this ...
×