How to trim raspberries: complete information
128

How to trim raspberries: complete information

The article describes in detail how to trim raspberries in different ways, at different times of the year.

How to prune raspberries: an introduction 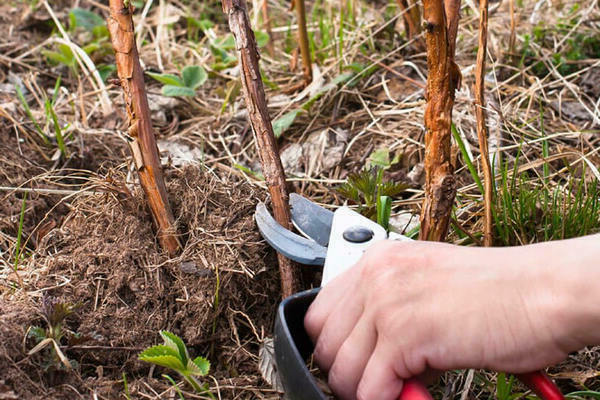 How to prune raspberries: an introduction

Raspberry is a berry that is easy to care for. But if you want to have a rich and healthy harvest, then every year you need to cut off the raspberry bushes. In this article, you will find out at what time and in what way it is better to carry out trimming of raspberry bushes. in one place, raspberry bushes should be grown for about 10 years, but still, the optimal time is 5-8 years. Therefore, it will be better if after 5-6 years you dig out raspberry bushes so that new shoots can be planted in their place. 2 years after you plant the bushes (for 3 years), the berries are already starting to decrease in size, so shoots that are already 2 years old need to be cut off, but you need to adhere to certain rules.

How to prune raspberries to prolong fruiting 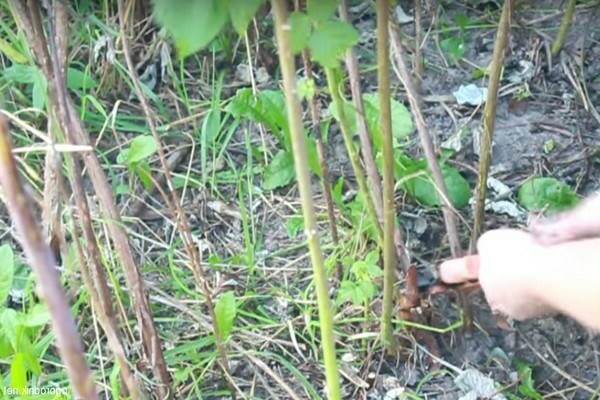 How to prune raspberries to prolong fruiting

If you want to prolong the fruiting of your bushes, then the shoots can be shortened to a certain length. Pruning can be carried out to absolutely different lengths and by 10-15 cm, and up to 30 cm, and by half, or even leave only 1–4 part of the stem. By adhering to such values, those that have been cut to a shorter length will be the first to bear fruit, and the last to bear fruit with a large part of the pruning. Therefore, those bushes that will be most pruned will bear fewer fruits, but the fruits will differ significantly in size. Moreover, the fruiting process will last throughout the season. In general, raspberries need to be cut 2 times per season. This is justified by the fact that up to 20 new shoots can appear during the summer. Approximately 15-20 days before the appearance of the first cold weather, you need to cut off the sprouted shoots. If your raspberry does not belong to the remontant variety, then pruning the bushes is possible after harvesting (around the end of August).

Pruning raspberries in the spring 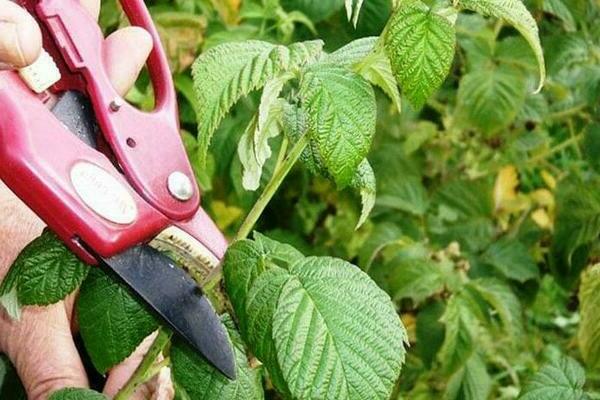 Pruning raspberries in the spring

Spring pruning is a continuation or addition to fall pruning. You can start pruning when the snow melts. It is necessary to remove those shoots that are frozen, broken, infected with something, or become weak. You need to cut it as close to the ground as possible so that no stump remains. The tops must be trimmed to healthy buds, up to about 20 cm. Thanks to this trimming, new shoots will appear, which will subsequently bear good and healthy fruits. Those shoots that remain should reach a height of 1.2-1.5 m.Do not forget to leave a distance between rows of about 2 m, between bushes in one row up to 1.5 m.Remember that 1 bush should have up to 10 shoots ... This is due to the fact that if the number of shoots is greater, then they can interfere with each other's development and then you will not be able to get a full harvest.

How to prune raspberries in summer

If you think that raspberries do not need pruning in summer, then they are not. Pruning should be carried out in the summer as well. Such pruning must be carried out in order to remove and destroy the wilted tops of the shoots during the flowering period or if they have been affected by viral diseases. It is not worth preserving such shoots, since you endanger the infection of neighboring bushes. It is necessary to constantly remove excess growth so that it does not affect the development of raspberries.

Raspberries: care, pruning in the autumn

It is best to start pruning in the fall after harvesting. In the fall, you need to remove all the shoots that have undergone diseases, have become weak, have been damaged. But the main purpose of such pruning is considered to be that only healthy and strong shoots should be left in two-year-old shoots. But keep in mind that those shoots that you cut off are removed from the site and burned. How to properly trim:
· First you need to cut off those shoots that have been damaged, broken or affected by diseases, as well as annual shoots.
· Under the root, it is allowed to cut the shoots at the age of 2 years.
· If the bush has grown too much, then it must be thinned out, while leaving up to 10 healthy stems per 1 sq. M.
· Remove all weeds.
· Anything that you cut and remove from the site and burn.
· Add fertilizer to the raspberries and you can process the stems with an iron vitriol.
When pruning, there is no need to be afraid that you will cut too much. You can trim so that the stumps are not visible. If you want to reproduce raspberries, then root shoots are suitable for this. It must be dug up and planted in a new place. If raspberries grow in a region where there is little snow in winter, then the bushes may not be cut off, but only tied up or slightly bent a little closer to the ground. And you can carry out the pruning when the snow melts. By pruning in the spring and fall, you will stimulate good fruiting in your bushes.

It is precisely this kind of pruning of bushes that brings good results. But at the same time, it requires more care and attention when growing raspberry bushes. If you take good care of the raspberries and feed them properly, then double pruning will really bring results.
· Pruning bushes in 1 year (Sobolev method).
In May-June, you need to cut off the shoots. By this period, the height of the shoots can reach up to 100 cm.It is necessary to pinch the top somewhere up to 15 cm.Then the lateral shoots begin to develop better and by the autumn period they reach a height of up to 50 cm.For example, Sobolev can get a good harvest when he kept only 4 shoots on the bush, and the distance between the bushes was about 2 m. with the onset of autumn, the bushes will need to be thinned out and all the growth removed.
· Pruning bushes for 2 years (Sobolev method).
re-pruning is possible in the spring, when the foliage has already blossomed. You need to prune all shoots, pruning to 15 cm. In the results of such pruning, you can get new shoots that will bear healthy and rich fruits. It is also a trick to recognize that you are pruning to different lengths, which means that the fruits will appear at different times, which means that the fruiting process will increase significantly.

The repaired variety is capable of bearing fruit both on a two-year and one-year-old shoot, and their feature is that they can bear fruit 2 times per season, both on the last year's shoot and on the newly emerged one. A feature of this kind of circumcision is that it is possible to perform circumcision after the onset of the first autumn cold weather. All shoots must be cut at the root, you can keep the stump up to 5 cm high.This will help get rid of insects, which means that the berry will be able to better endure the winter period. Some summer residents also carry out pruning in the spring, but this must be done before the buds bloom. Still, it is better to perform circumcision in the autumn. The tops of two-year-old shoots need to be pinched so that the first fruits begin to appear a little later. As for annual shoots, their tops do not need pruning, because the first fruits will begin to emerge there. When you harvest the first crop, the fruit-bearing shoots must be cut off so that the second crop can be harvested faster.
if the weather conditions in your region do not allow you to get a second harvest, then it is better to plant an annual variety so that the raspberries have time to ripen and bear fruit. In such a situation, the bushes need to cut off the ground part and only a one-year shoot will bear fruit.
These were some of the nuances that relate to the process of cutting raspberries at different times. By sticking to them, you can achieve a large and healthy harvest.

How to trim raspberries

Erica grass red: TOP tips on how to grow with a photo