Pear Far East was bred by the breeder A.V. Bolonyaev. by crossing the Chinese pear Dan-San-Shui and the Tema variety. This species is considered a complex hybrid and gives excellent indicators of frost resistance, fruit ripening rate and yield. Best of all, the Far East pear variety shows itself when erected in the Primorsky District or in the southern side of the Khabarovsk Territory. When growing a variety, in other parts of our country, it is worth planting the Ussuri pear tree or using the stanza method of growing. 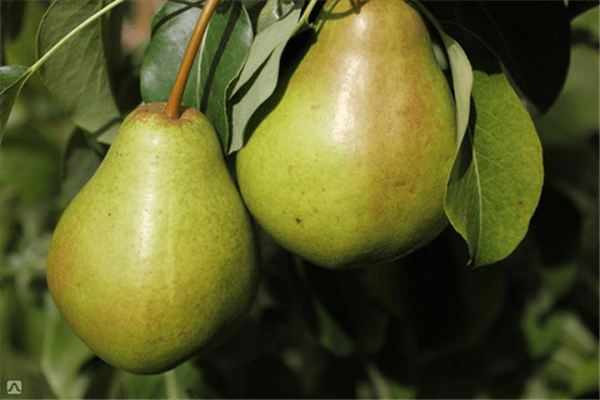 Pear tree of the Far East of medium growth intensity. The crown is not dense and wide-oval. The main skeletal branches are attached to the trunk with whorls. During fruiting, the crown becomes more spreading. The color of the trunk, branches and bark is brown-ash. Fruits are formed on shoots 2-32 years old, the bark is rough.

Shoots are not long, medium-sized, straight, without protrusions and roughness. The buds are not large, oval, slightly pointed, semi-flattened. The foliage is not dense. The leaf plates look up, medium in size, oblong in shape. The petiole and lamina are medium in size.

The flowers are not large, snow-white, the corolla is cup-shaped, the petals are round. The location of the pistils is just below the level of the anthers. The maximum yield indicators are given in the vicinity of Lukashovka varieties and similar ones.

Dalnevostochnitsa pears are not large, rather small. Weight varies from 82 to 105 grams. The elongated, slightly curved peduncle holds the fruit of the corresponding shape (pear-shaped). Pears are formed in clusters of no more than five 5 pieces per one. The skin is smooth, almost without irregularities, the only exception is the area at the stalk. The color is solid, rich yellow, without changes and manifestations of blush on the side of the fruit that is turned towards the sun. The entire surface of the fetus is covered with brown dots located subcutaneously. There are practically no funnels. The saucer is of medium size, the cup is half-open.

The pulp of the Far East pear variety is abundantly saturated with juices, white-beige color, the taste combines acidity and sweetness, but in proportions that only complement each other with a subtle characteristic aroma.

Dalnevostochnitsa pear variety is in the top ten in terms of its taste among the varieties of this zoning. 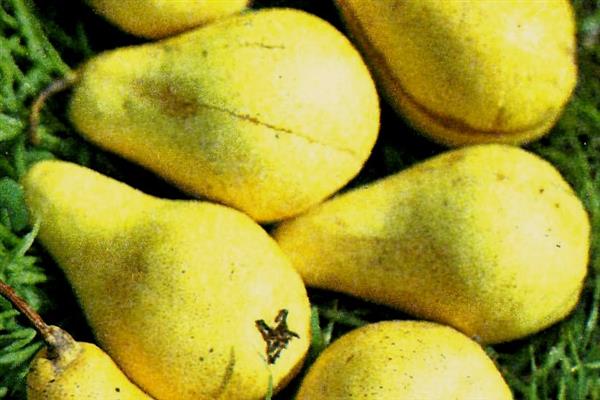 The chemical composition of the Far East pear variety includes:

The Far East pear bears fruit for the fourth year from the moment of disembarkation to a permanent place. Produces a stable harvest in the sixth or seventh year. An adult tree gives up to twenty kilograms of pears from one plant. Highest level of scab disease resistance. Does not interrupt annual fruiting.

It tolerates winter temperature changes well, grows in direct sunlight without the formation of burns, stable yield, in the territories of the North-East and South-East, the fruits come to consumer maturity at the end of autumn. They are direct competitors to the varieties of Chinese imports. High immunity to scab.

Due to its taste characteristics, the variety is often used for crossing and breeding new varieties. In the course of the experiments, Lukashovka is most often crossed with the pear, but the interest of the sectioners is unlimited. It is best to grow the Far East pear in summer cottages and in mixed gardens.

Ludisia: TOP rules of care, transplantation and reproduction with a photo

Apple-tree Dolinskoe: ALL the pros and cons, a detailed description of the variety 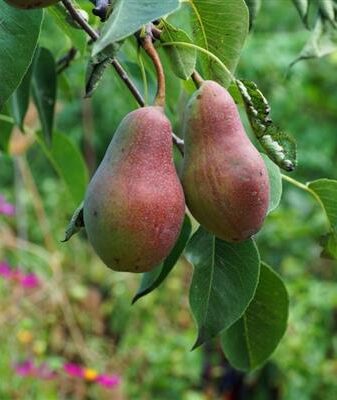 Pear Talgar beauty
As people say, "Talganka" is the result of the work of breeders of Kazakhstan. Official author ... 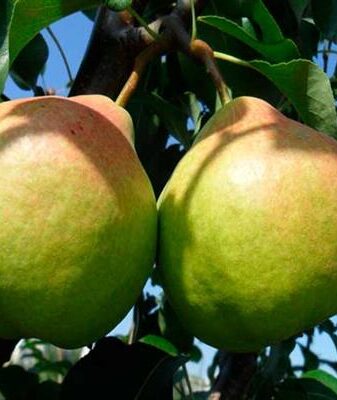