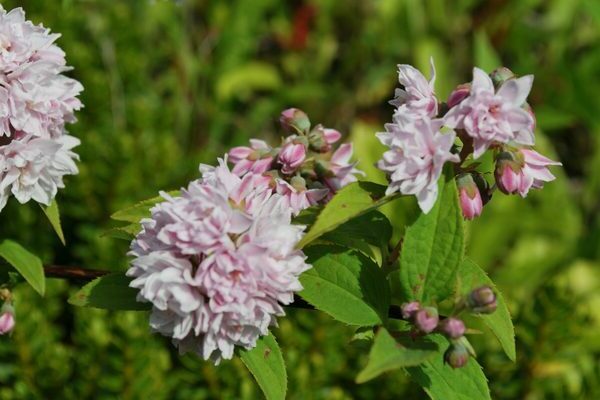 Action Pink Pom Pom is directly related to the hydrangea family. Gardeners adore this plant for its long lifespan and for its non-whimsical care. It is used in garden decoration because it is an evergreen with beautiful pale pink flowers. Since this is a very lush bush, it attracts attention and will be the main decoration of your garden. 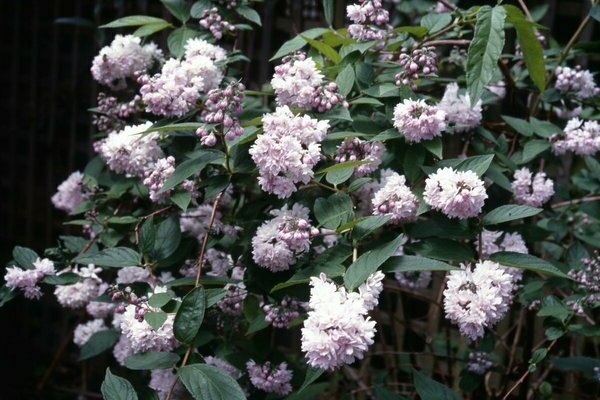 Hybrid Action Pink Pom Pom is a fairly lush shrub with green foliage. Flowers of two sexes. They are odorless. The diameter is only two centimeters. The shades of these flowers are very beautiful, on the outside they are pale pink, while on the inside they are white. The gentle transition from one shade to another gives a very beautiful combination that can be seen from afar. The flowers are somewhat shaped like bells. Like almost any foliage, it turns yellow in the fall. All leaves are slightly rough and opposite each other. The stems, by the way, break easily. This is because they are hollow inside. This bush has such a feature. The bark, which is on old branches, flakes off and hangs in pieces without falling off.

The bushes of hybrid action Pink Pom Pom are quite large, you need to keep this in mind right away, because their length and width reaches two meters in each direction. And we have a bush two by two. This plant, with reasonable care, can delight you for twenty-five years. Action Pink Pom Pom does not require special care, it is well adapted to flowering in the city, it blooms for a long time. But there is one caveat. Deytsia does not tolerate frosts very well and can die at the first frost. It can be used to decorate gazebos, parks, squares, recreation areas, used as a hedge. Summer residents use the Pink Pom Pom action as a single sculpture of garden beauty.

This bush has a fairly long flowering. Hybrid action Pink Pom Pom begins to bloom in late spring and can bloom until late summer. Of course, it also depends on the weather in your region, on the weather and on the care of the bush. As soon as the plant has bloomed, seed pods appear in place of the beautiful flowers. When they ripen, the capsule opens and the seeds are scattered by the wind over the nearest area. It is worth paying attention to the fact that this plant blooms on last year's shoots. This means that when pruning, you need to be careful not to cut them accidentally, just before winter you need to take care of the shelter of these branches.

The Pink Pom Pom hybrid action can be propagated in three ways: by layering, cuttings, seeds.

If you decide to propagate by layering, then you need to take it from the strongest and healthiest seedling. It is necessary to choose such a seedling during flowering. Smoothly bending it to the ground and tying it with ropes, if necessary. Next, a break is made and an incision is made in the middle of the seedling and covered with earth. So the reproduction by layering is ready. It is necessary to take care of it in the same way as for the main bush. By spring, the cuttings will take root and there will be a new full-fledged bush. Translated by this, it is cut off from the main bush and transplanted to a permanent place where it will grow the rest of the time.

Cuttings of Pink Pom Pom hybrid action can be carried out with green and lignified shoots. Cuttings with green shoots should be done in June and immediately planted in the ground, watered abundantly and covered with a jar. After they are fixed in the soil, the jar can be removed. In winter, it is recommended to move them to a greenhouse, and in spring they can be planted as a full-fledged bush.

Lignified cuttings should be cut into small slices. This should be done in the fall. Next, you need to pack them in piles, approximately one twig should reach twenty centimeters. After that, they are covered with sand in a greenhouse and allowed to overwinter. This is necessary so that they do not freeze. But in the greenhouse it is not necessary to make a bath, it should not be hot and not cold there. In the spring, as the snow melts and everything will hint at warmth, the cuttings must be planted and covered with a breathable film or something similar to fabric. As soon as buds appear on them, this is a sign that the film must be removed.

If you want to propagate the Pink Pom Pom hybrid action with seeds, which, in principle, is the easiest, then in the fall, as the bush fades, you need to collect the seeds. Instead of flowers, boxes will appear on the bush, in which the seeds are hidden. They need to be shaken out of the boxes and left until spring in a more or less warm room. You can collect them by shaking them over some surface. In the spring, seeds are planted in pots, sprinkled with sand on top so that the earth does not harden and allows air to pass through. Cover the pots with a plastic wrap for warmth. It is worth watering them every day, but in moderation, without overflowing, otherwise they may rot. Seedlings will appear in a month or two. And finally, at the end of May, they can be planted in a permanent place where they will bloom and grow all the time. It must be remembered that by winter it is necessary to insulate not strengthened seedlings more and better than old ones. The flowering Pink Pom Pom action, planted through seeds, will begin only in the third year.

One of the main conditions for planting the Pink Pom Pom hybrid action is the absence of drafts in this piece of land, and if there is no shadow, then it must be created. Since it is not recommended to keep the action of Pink Pom Pom in direct sunlight. It is necessary to plant in warm soil. We must remember about cutting a new bush and warming for the winter, because our bush is not able to feel well in winter. Of course, when any branches are frozen, they will easily grow back, but they will not be lush and will not bloom like the rest of the branches.

Best planted at the end of April. The earth has already moved away from frost, the snow has melted and the temperature is only going up. Of course, if your region has bad weather, then you can increase the period, but only until mid-June, no further. Before disembarking to their permanent places, they must be stored in a temperature of either zero or slightly above zero.

The entire future of our Pink Pom Pom action bush depends on the right location. It should be spacious, because our bush reaches two meters. At this point, there should be partial shade, as mentioned above. It is also worth paying attention to drafts. It is better to choose nutritious soil, before planting it can be fertilized with manure or peat. Check, at first, for weeds and other pests, until the Pink Pom Pom action gets stronger.

How to plant correctly

It is necessary to plant in a row, taking into account the distance between the holes. The optimal distance is three meters, since then they grow very large. In general, when planting, the future size of the bush must be taken into account. During planting, a hole is made deep enough. The seedling itself is placed in it, you need to spread the roots and put it in the hole. Further, all this is covered with earth, compacted and plentifully watered with water. On top you can put sawdust or peat. They will protect from the sun and prevent moisture from evaporating.

Hybrid action Pink Pom Pom is not whimsical in care. It only requires watering, pruning, occasional loosening of the land and drowning in winter. Adhere to all these rules - and your bush will delight you for a long time.It is very well adapted to flowering in the city.

The Pink Pom Pom hybrid action is very drought tolerant. Watering should be done in moderation, not overflowing and at the same time not drying out. Of course, young bushes require more water. You also need to build on the weather, if it's a sultry heat, then watering should be increased. In general, in stable weather, one bucket should go per bush per month twice a month.

You need to feed Pink Pom Pom action three times per season. After planting, mid-season, and late before pruning. Weeds can be removed, even needed. Loosening the ground will also be a great bonus for the bush. So the earth is better for water and air.

It is imperative to prune this bush, because if you do not prune it, it can become very heavy, and the branches will simply break. It is necessary to prune in the fall, before the shelter for the winter. You can also cut it in the spring. The future flowering of your bush depends on the correct or incorrect pruning, this must be remembered.

Since the weak point of our action is frost, it must be covered already at the end of September, as soon as it fades. They need to be well covered for the winter. It is necessary to cover not in one layer, but not in many for a more accurate shelter for the winter. When the warmth comes, you need to immediately remove the insulation.

In this regard, the Pink Pom Pom Hybrid Action is the best bush, since there is no smell at all, it is not attractive to ticks and other insects. So the action of Pink Pom Pom is unlikely to get sick with anything. 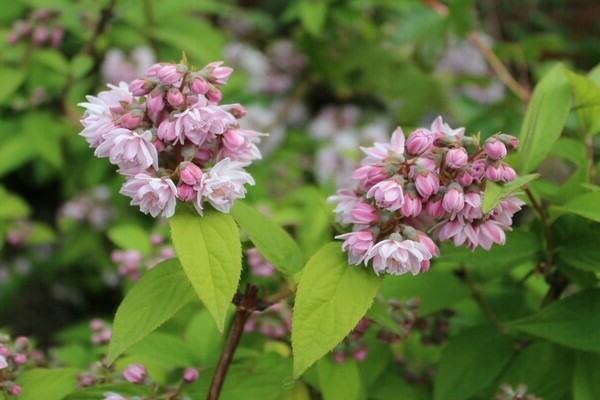 Gooseberry Tender: description, cultivation and care, photo of the variety 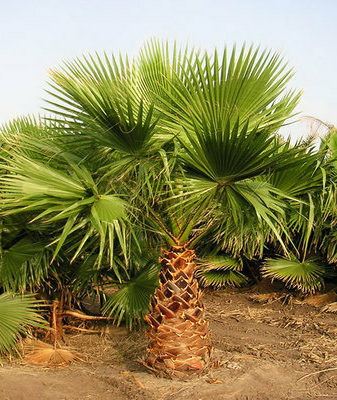 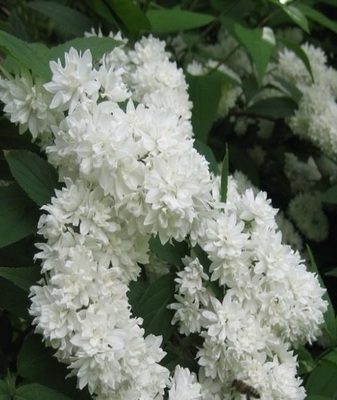 The action is rough or star-shaped
Another perennial plant that I would like to consider is rough action. She is... 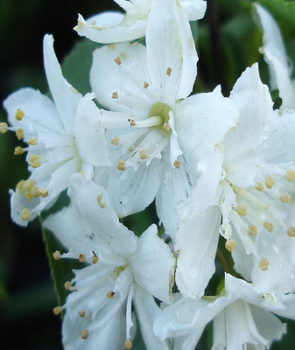 Action - which variety is better to choose for planting
Deytsia was bred in the nineteenth century. It is a perennial tree culture from hydrangea ...
×