The article examines in detail the Exotic currant: the main information about the variety, its advantages, the rules of cultivation.

The Exotic black currant variety is the result of the work of Siberian breeders, bred more than 20 years ago, in 1994. Over the past time, it has won the fame of one of the most controversial varieties, since, to this day, disputes about what is more in this variety - advantages or disadvantages - have not subsided.

Among the advantages, of course, include large berries, high yield of the variety with completely undemanding plant care. The disadvantage, according to some gardeners and agronomists, is the rather mediocre taste of the berries. The Exotic variety does not really differ in any special taste or aroma.

But after all, the majority of currant berries like its characteristic sourness, and not many berry crops can "boast" of such aroma as currant berries.
Let us consider in more detail the features of the Exotic black currant variety, all its pros and cons, including the experience of gardeners who have already tested this variety. 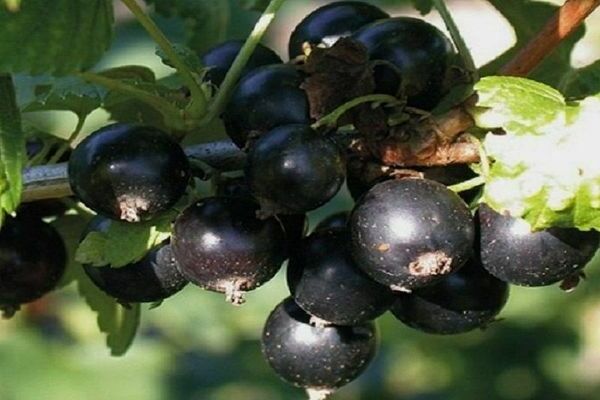 This variety, bred by crossing three varieties - Dove, Ruffled, Orlovia. The first of them, by the way, was obtained back in the 40s of the last century. The last two varieties are much younger. But, all the "three" are quite popular varieties.

The result of crossing the listed varieties was the Exotic currant, distinguished by large berries, rich, currant taste. Its berries are eaten fresh, canned and frozen. Also, currants are suitable for growing berries on an industrial scale.

In addition, the currants are early ripe, the first harvest is ready for harvest by early July. The yield of the variety is high - up to 3.5 kg of fruits from one bush, and in farms, depending on the growing conditions, from one and a half to five tons are harvested from one hectare. At the same time, it should be noted that currant berries of this variety are the largest among the early varieties bred by Russian breeders.

The currant bush reaches medium size, the branches are straight and smooth. Leaves of a characteristic shape, embossed, but slightly larger than that of ordinary currants. The brushes are large. By the way, gardeners note that the bunches of berries are similar to bunches of grapes, on one at least 8-10 large berries are formed. The average weight of one berry can range from 3.5 to 5 grams. However, there are also very large fruits, larger than cherries. The peel of the berries is thin, the pulp is aromatic, with a sweet and sour taste. The value of the result of the tasting evaluation of the fruit is 4.4 points. When picking, the berries can drain, and overripe fruits can crumble. At the same time, the variety lends itself well to mechanized harvesting, which is why currants are often grown on a large, industrial scale.

Self-fertility of the culture reaches 50% and the bush bears fruit well without other plants - pollinators.
Also, the variety is distinguished by good winter hardiness, so the currant is suitable for growing in areas where winter temperatures drop to -26 degrees. In addition, currants are weakly affected by such a dangerous and rather common disease as rust, which destroys leaves. Has a strong immunity to powdery mildew caused by fungal infections. The culture is less resistant to septriosis, terry.Such an insect is a pest, like a currant kidney mite, this variety is also less terrible.

Currant Exotic: what is good and what is bad about the variety 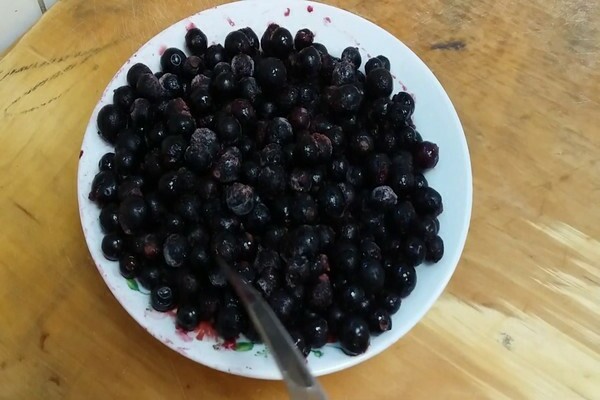 Currant Exotic: what is good and what is bad about the variety

From the above description, it is obvious that the variety has many advantages, namely: large-fruited berries and high productivity; frost resistance and resistance to diseases and pests, rich currant taste.
However, there are also disadvantages. The largest of them, perhaps, is the wet separation of the berry, as a result of which the stalk remains on the brush, and a hole is formed on the berry, from which the juice flows. This makes collection and transport more difficult. Such fruits need to be processed as quickly as possible. Overripe berries are shedding, to prevent which it is necessary to ensure frequent collection. The plant does not tolerate dry weather and requires regular watering. At the same time, in the case of high humidity, a berry with a thin skin cracks and loses its juiciness.

In addition, according to gardeners and farmers, the taste of the berry is highly dependent on the growing conditions, including: the region, the quality of the soil and, of course, the care of the shrub. This is probably the reason for such contradictory assessments of this variety.

Many gardeners and farmers are very satisfied with the Exotic variety, grown for years and do not think about switching to other varieties. According to others, the fruits of currants are not so large, and, moreover, they are rather sour.
Despite such different opinions about this variety, Exotic currant does not lose popularity. This berry is especially in demand in the Central regions. In this regard, experts advise to try to "adapt" to the cultivation of this variety, perhaps to change the agricultural technique. 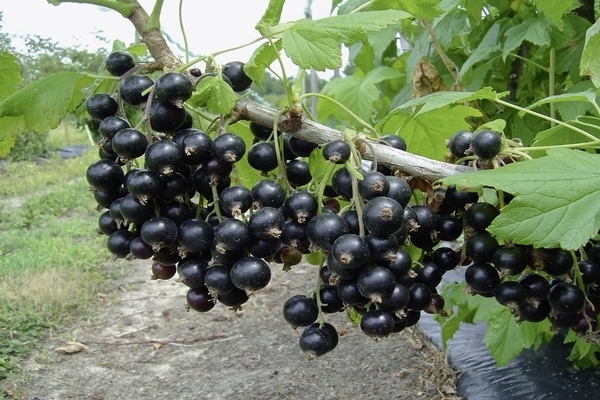 Experienced farmers and gardeners who successfully grow this variety of currants recommend planting berry bushes in areas with loose and fertile soil. If the content of humus in the soil is low, complex mineral and organic fertilizers must be applied before planting currants, thereby increasing the quality of the soil.

In addition, the yield, in the case of this variety, is directly related to the timing of planting currants. The shrub is planted from late September to early October.

To form a good supply of basal buds, the Exotic black currant seedling is buried when planting so that the root collar is 10 cm below the soil level. After planting, the currants are pruned, leaving no more than 3 buds. This action will stimulate root formation and faster rooting of the seedling. The soil around the bush must be mulched, because, as we remember, this variety does not tolerate drought well. According to the reviews of farmers engaged in the cultivation of currants on a large scale, mulching of the soil is mandatory in the southern regions. Moreover, the mulch layer should be at least 10-12 cm. This will help prevent overheating of the roots and maintain soil moisture.

Despite the fact that the currants of this variety are self-fertile, other varieties of currants can be planted nearby. Cross-pollination will increase fruiting. The only thing to consider when choosing varieties for replanting is the same flowering period as Exotic.

Currant pruning is also important for increasing yields, and this variety is no exception. The bush should be pruned in such a way that the bulk of the fruit is formed on the shoots of the second or third years. In this case, the berries will be larger, and thin branches will not break under their weight. On a 5 - 6 year old currant bush, no more than 9 shoots of various ages should remain. Subsequently, the annual pruning will consist only in the removal of old branches.

Currant Exotic is quite demanding for watering, it should not be plentiful, but it should be carried out regularly.According to the reviews of farm owners, drip irrigation is optimal for this variety. Drought Exotics does not accept at all.

Correct pruning of currants and compliance with the regularity of watering, followed by maintaining a moderate soil moisture, are the key to the correct growth and development of the shrub, as well as high yields. Subject to agricultural technology and proper care, currants of this variety will consistently yield a harvest for more than a dozen years.

For the ripening of large berries, currants consume a lot of nutrition, so the plant needs additional feeding. With a frequency of once every two years, starting in spring, it is necessary to fertilize the currants, introducing both organic matter and mineral nutrients.

Despite the fact that the variety is slightly susceptible to diseases and attacks of insect pests, preventive treatments will not be superfluous. The first treatment is carried out in the spring, even before the start of sap flow, the second - before the bush blooms and the last - at the end of the collection of berries. If traces of damage are found on the leaves or branches of the bush, the treatment is carried out immediately, using fungicides or insecticidal preparations.

Reproduction of currants is not difficult, it is done by division or cuttings. Also, they practice reproduction by layering, for which one of the shoots is bent to the ground and fixed. Such an escape will soon give roots, and after a while it can be separated from the bush and planted in a permanent place.

The currant of this variety is grown by gardeners from different regions. And the reviews about this variety come in different.
Those who live in areas with a warm climate, but rather high humidity, note that currants have a sour taste, compared to other varieties, and the berries are not particularly large in size.
Others living in regions with a temperate climate, on the contrary, are satisfied with the taste of the fruit and argue that this variety fully lives up to expectations.

And yet, the Exotic currant variety cannot be called universal. For those, for example, who sell fresh currants, this variety will not work. In areas with high humidity or, on the contrary, in dry summers, this currant is unlikely to be able to bear fruit in full force.

But for lovers of currant jam, marmalade and black currant jams, Exotics will suit perfectly.

In any case, growing black currant, you can't go wrong, because this berry, regardless of size, is a storehouse of vitamins.

Why cucumbers do not bloom in the open field and in the greenhouse: TOP reasons 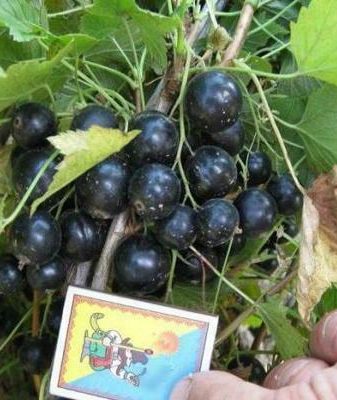 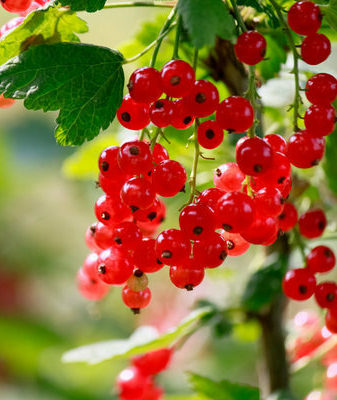 Currant - growing in a summer cottage, subtleties and nuances
Currant is the favorite of every summer resident and gardener. Produces great fruit with proper care .... 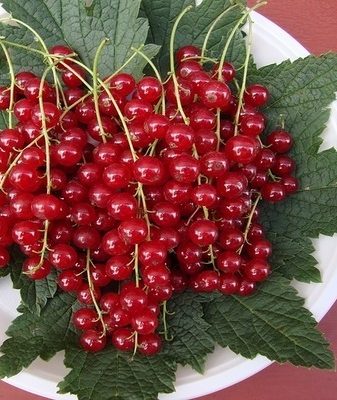