Grafting a watermelon on a pumpkin
299

Grafting a watermelon on a pumpkin

Grafting two similar crops is the process by which the roots of the stronger crop begin to feed the stem that has been grafted onto it from the least weak crop. This process has worked well, thereby replacing traditional methods of growing various crops. A good example of this kind of friendship is the grafting of watermelons to pumpkins. At the same time, the watermelon is able to receive constant nutrition from the soil, even if the soil temperature drops to 7 degrees. This technology for growing many crops is already widely used in many countries - Japan, France, South Korea and other countries of the world.

Vaccination of watermelons - why is it needed 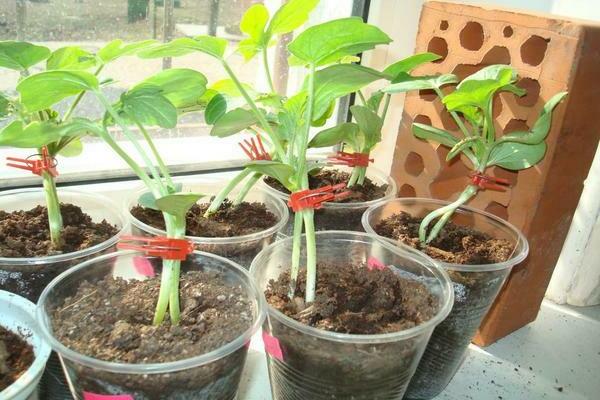 Any summer resident can ask a completely fair question. Why did they choose, for example, a watermelon on a pumpkin for grafting?

Watermelon is a berry that, despite its impressive size, has a weak and rather sensitive root system. On the other hand, pumpkin has a very strong taproot. It will be able to withstand the growth and ripening of the watermelon. At the same time, the pumpkin root tolerates temperature extremes and other unfavorable conditions well, as well as:

· The root system of pumpkin is not exposed to such diseases that can adversely affect the growth and development of watermelon (root rot, fusarium, anthracnose).

· Grafting watermelons on a pumpkin makes it possible to plant in open soil a little earlier than the deadline.

· The vegetative processes of the watermelon are improved, the growth and maturation occur better, namely their timing.

· With this method, the quality and quantity of the crop is significantly increased (approximately 2 times).

Grafting a watermelon on a pumpkin: grafting methods 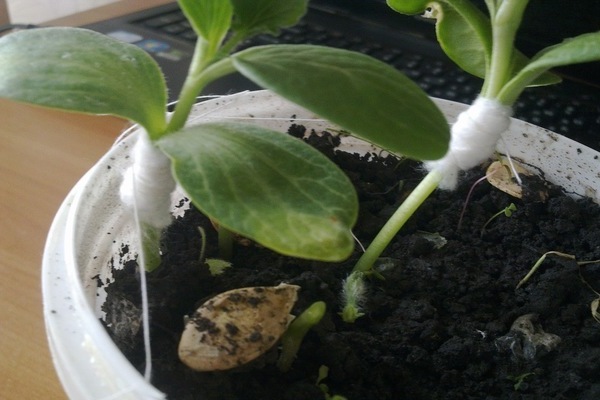 In order to carry out grafting, it is necessary to take an early variety of watermelon precisely as a scion, in which the growing season of ripening is 90 days or maybe less.

Any sort of bottle gourd can be used as a stock. Using this advice, you can make sure for yourself that you will get a good survival rate and the very quality of the seedlings obtained during grafting.

Vaccination of watermelons is carried out either in separate containers, or in one large one. Due to the fact that pumpkin is distinguished by its early germination, its seeds should be sown about 3-5 days later than watermelon seeds.

The plant is considered ready when at least 2-3 independent leaves appear on the stem. You also need to pay attention to several methods that can be used to plant these two crops.

· On the sprouts of watermelons and pumpkins, you need to make oblique cuts at an angle of 30 degrees. Maintain a distance of 5-10 mm downward from the cotyledon leaves, with a depth ¾ of their depth. The cut on the scion should be directed from bottom to top, to the rootstock from top to bottom.

Both cultures must be combined by inserting one wedge-shaped tongue onto the other. But make sure that the stem of the watermelon is located higher. The vaccination site must be firmly fixed with foil, film or a grafting clothespin.

This method can bring a good survival rate.

· On the pumpkin stalk, it is necessary to cut from the cotyledon leaves down to about 20 mm.

Cut the watermelon sprout from the root, keep a sharp angle. In this case, you need to leave about 15 mm from the stem and then it is necessary to immerse the pumpkin sprout into the side cut. It is necessary to press it as tightly as possible to the inner layer of the pumpkin stalk. The vaccination site must also be carefully fixed.

· From the sprout of leginaria, using an oblique cut, it is necessary to separate 1 cotyledon leaf and 1 leaf, which has a growing point. The cotyledonous leaf that remains must be very firmly on the stem.

The top of the watermelon sprout with all its leaves must be separated from the main stem and combined with the pumpkin stem with the cotyledon that remains. Then you need to firmly press the joint and fix it well with clips, film or foil.

In order to do the above actions, you need to remove both crops from the containers where their seedlings grew. And after that, plant the tied inoculation in a pot with a large volume.

If you want to achieve good results, make sure that no dirt accumulates at the vaccination site. It should be located above the soil surface.

After grafting, it is necessary to water it with warm water. And then put in a place where there will be enough light and heat, but so that direct sunlight does not fall. Placement in a greenhouse would be ideal.

Vaccination of watermelon on lagenaria. How to care for seedlings 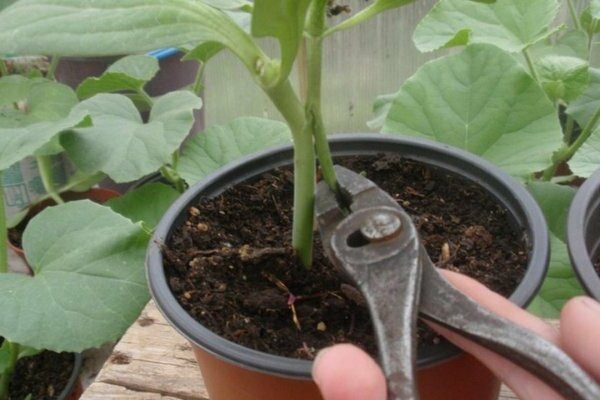 Do not allow the soil where the seedling grows to become waterlogged, otherwise the process of decay may begin. If you can correctly perform all the necessary actions, then the cultures can grow together for about 5-7 days.

When you notice that the watermelon stem begins to move upward and you notice the appearance of 2-3 leaves (above the grafting site), the scion sprout will need to be squeezed with tweezers, or cut off near the ground.

As soon as the wound at the cut site is completely healed, the watermelon sprout will grow well. Then the foil or film that was used for fixation must be removed.

If during grafting you have not completely removed the growth point from the pumpkin, you will notice that the leaves of the pumpkin will begin to grow vigorously. They will definitely need to be cut or pinched.

At the end of spring, or at the beginning of summer, those seedlings that are already fully strengthened and take good hold are ready to be transplanted into open soil.

The bed will need to be fed with compost or ash. Before fruiting begins, the seedlings must be watered at the root, about 1 time in 7 days.

By using the grafting methods discussed above, you can get good and healthy fruits of watermelon and pumpkin.