Schisandra: how to grow a capricious vine in the middle lane
393

Schisandra: how to grow a capricious vine in the middle lane

Lemongrass is a deciduous vine that belongs to the Lemongrass family and originates from the territory of the Far East. Of the 14 species of lemongrass that exist in nature, only one is known in culture - Chinese lemongrass or Far Eastern lemongrass, which will be discussed below. In Russia, it is grown everywhere - from the Leningrad region to Eastern Siberia. In home gardens, it is used to decorate vertical surfaces.
Schisandra is a decorative liana with bright green toothed leaves up to 10 cm long and about 6 cm wide at the edge.It blooms in late May - early June with pinkish buds All parts of this plant, especially the fruits, have a delicate lemon scent, which is where the Russian name comes from. lianas. The fruits ripen in September and are shaped like a bunch of grapes.
Lemongrass is quite capricious and will require some effort to care for it. With sufficient winter hardiness, this plant needs constant moisture, does not tolerate drought and summer heat.

The aromatic and juicy pulp of lemongrass has a bitter lemon taste and contains malic and citric acids, essential oils, tannins. One plant can be harvested up to 5 kg. Traditional medicine has long appreciated the beneficial qualities of lemongrass as a means of relieving fatigue. Tea and preparations from fruits, leaves and seeds are used to tone the body and prevent cardiovascular diseases. In addition, lemongrass berries are used for the preparation of confectionery, jelly, and wines. Despite the undoubted benefits, the use of drugs based on lemongrass is contraindicated for people suffering from hyperexcitability, epilepsy and liver diseases, as well as for pregnant and lactating women and children under 12 years of age.

At the moment, not many varieties of this species have been bred. The most productive is the Schisandra variety "Sadovy-1", Giving a rich harvest. "Firstborn»Has increased frost resistance and is suitable for northern regions. In addition, it is distinguished by not being exposed to pests and diseases. Other famous varieties - "Torny», «Purple», «Oltis».

Effectively growing Chinese Schisandra by cuttings, layering and root suckers. The seed method will require a lot of effort and mandatory preparation of seedlings.

The seed method of reproduction of lemongrass will require preliminary seed stratification. It is carried out in three stages: one month at a temperature of + 18-20 degrees, a month at a temperature of + 3-5 degrees, the last month at a temperature of + 8-10 degrees. The soil in the seedling containers must be constantly moistened. Seedlings appear 1.5-2 months after sowing. You can plant seedlings in open ground at the age of 2-3 years. To do this, a drainage layer 10 cm thick is placed in holes specially prepared for planting with a depth of 40 cm and a width of 50-70 cm. A mixture of humus, earth and leaf compost is placed on top in equal proportions. It doesn't hurt to add wood ash and superphosphate. After 1.5 months, the nutrient layer will settle, and you can start planting. The distance between the pits should be at least 1 m, to the nearest structure - at least 1.5 m.
It is much faster and easier to grow lemongrass from root shoots: it is enough to separate the young shoots from the main root and transplant them at a distance of 1 m, watering the soil abundantly with water.
For reproduction by branches, root shoots at the age of 1 year are suitable. In early April, they are bent to the surface of the earth and covered with a mixture of their humus and peat 15 cm thick. The top of the layer is fixed on the trellis. After 2-3 years, the cuttings will form their own root system, and it can be cut off from the parent vine.
Cuttings are carried out in the summer: brown-green shoots with 3-4 buds are selected, after cutting, they must be kept in water for 2 days. Then the cuttings are planted in moistened soil at a distance of 5 cm so that the lower bud is underground. The soil around is covered with sand, the seedlings themselves are covered with non-woven material through which watering is carried out. Lemongrass roots appear within a month. This method is effective only in half of the cases.
Caring for lemongrass consists in constant moistening of the soil, mulching with fallen leaves after watering and for the winter. Only dry and thickening shoots are cut off.

When to plant lemongrass

In the middle lane, lemongrass is recommended to be planted in spring - late April or early May. Autumn sowing is possible in the southern regions.

Where to plant lemongrass?

For planting lemongrass, a sunny area protected from the wind with loose fertile soil and good drainage is suitable. Soils with a neutral or slightly acidic reaction are preferred. It is optimal to place the plant so that its root system is in the shade and the crown is in the sun. In this way, it will be possible to avoid the development of root growth, which prevents the flowering of lemongrass.

Pruning roses: complete instructions for pruning at different times of the year 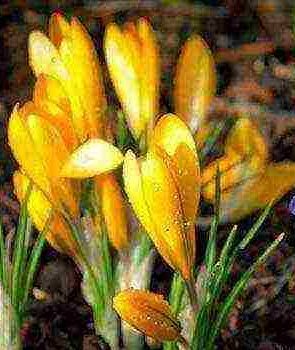 Irises: planting and care in the open field
You've probably heard about the existence of Velvety Irises, because they are familiar to everyone from the very ... 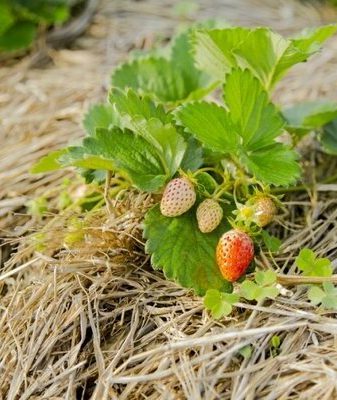 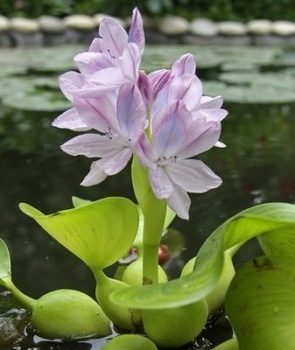 Is water hyacinth an elegant plant or an aggressor?
Water hyacinth for some is a beautiful pet in a garden pond, but for someone a real ...
×