Cacti and succulents: 10 indoor plants from the desert
513

Cacti and succulents: 10 indoor plants from the desert

Plants such as cacti and succulents are widely believed to be low maintenance and will survive in any environment, as they naturally grow in the desert. However, the peculiarities of these species impose special conditions for growing and flowering.

If you are asked which plants are the easiest to care for, what would you say? Most will name cacti or succulents. After all, if you imagine the conditions in which they live in their homeland, it may seem that in the conditions of the apartment they will seem like paradise for them. Not all cacti and succulents grow in semi-deserts and deserts. However, even if we limit ourselves to only those species that germinate exclusively in the desert, their number is large enough to find your favorites without difficulty.

Cacti and succulents: how they differ from other plants 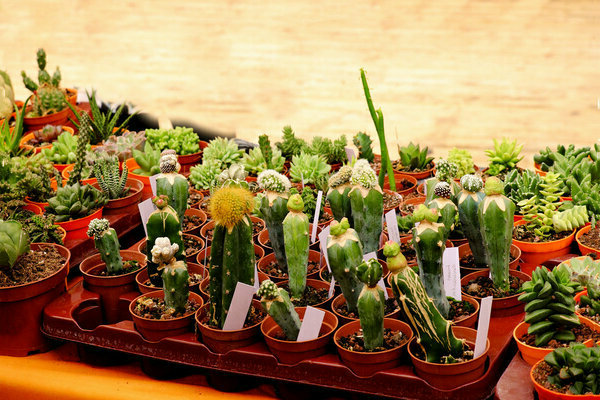 The natural environment of the desert makes it necessary to adapt to such a harsh climate that the extraordinary endurance of all living things becomes a prerequisite for survival. Fortunately, there are not a few of them, about a hundred species have adapted and survive where there is fierce competition even for a drop of water.

Drought, lack of nutrients, scorching sun, low humidity, a wide range of precipitation in the season, hot temperatures - this is how we imagine the native environment of these unpretentious plants. Such conditions forced to go through the most severe selection and those species survived that were able to adapt, developing the following features. The ability to get by with the least amount of water, shrink the stomata and reduce their total number in order to retain hard-accumulated moisture, transform leaves for the same purpose. All plants have the ability to control metabolism, instantly change the state of active growth and complete dormancy.

According to our ideas, cacti and succulents can only grow in deserts, because their evolutionary path made them what they are due to the conditions described above. However, there are species that grow on mountain ranges, the climate is different, but the complication in the form of a lack of nutrients, sudden changes in temperatures and precipitation is no less familiar to these places. Many plants familiar to us grow in mountains or forests, subtropics. However, all representatives from the desert belong to succulents, they have the necessary set of qualities for survival. The ability to store water in shoots and leaves, a succulent body with well-nourished skin and almost no stomata.

Even in the conditions of an apartment and "domestication", the heroes of this article have not lost any of their qualities. And as a result, they will expect abnormal temperature, amount of sun, watering. You must understand that what the plant has adapted to throughout the entire path of the formation of its species will not disappear with a change in place of residence. Their internal cycles are very different from those of plants from other climatic zones. And they need appropriate care.

If you try to combine the common features of most desert dwellers, you get the following list: good drought tolerance, the need for abundant consecration in direct sunlight,

preference for higher temperatures with sharp changes, the need to "sleep" until the next flowering. Accordingly, care requires rare watering, light soil, it can be sandy or stony without top dressing.

Now let's move on to specific examples of these prominent representatives of the deserts. 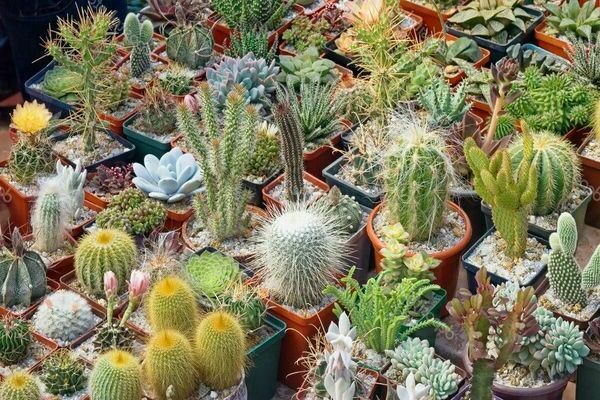 It grows rather slowly. It has massive walls, branches do not branch and resemble a star in section. It has a small shaggy cover, gathered in bunches, of soft hairs. It blooms in a large flower with a yellow and red pharynx. Feels good at home. Demanding on the condition of the soil and the presence of abundant lighting. Does not require transplanting and generous watering. Originally from the USA and Mexico.

In severe conditions, they are able to grow into impassable thickets, but they lose such a need for a room. They are considered a symbol of the Mexican deserts. They have stems consisting of a chain of flattened, oval successive parts. It is better not to touch prickly pears with your hands. They are covered with barbed spines and small bristles that are difficult to pull out. It blooms with vibrant flowers on each stem.

Opuntia love the sun, and frequent irrigation in spring and summer. A strong root system, fast growth, tolerance to sudden temperature changes and exceptional vitality will be good helpers in caring for them, even for a beginner in horticulture. Mostly they can be found in Australia, Central and South America. 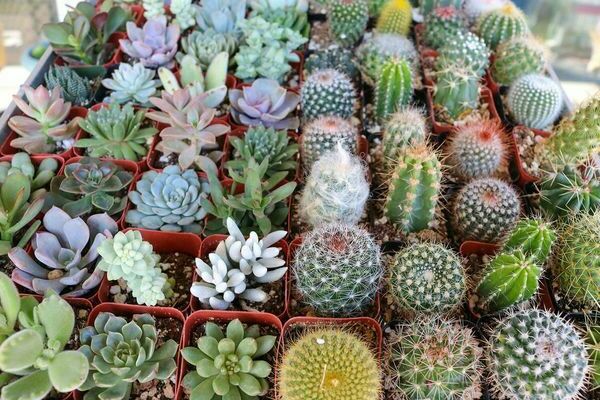 They rarely or never bloom indoors, but are very popular due to their large, spherical shape with symmetrically spaced ribs and densely covered with light golden spines.

To grow echinocactus, choose a light and slightly acidic soil, provide the maximum possible lighting and a cool winter. In the summer, put the cactus in a room with fresh air and avoid sudden changes in humidity. Native lands are the deserts of Mexico and the USA. 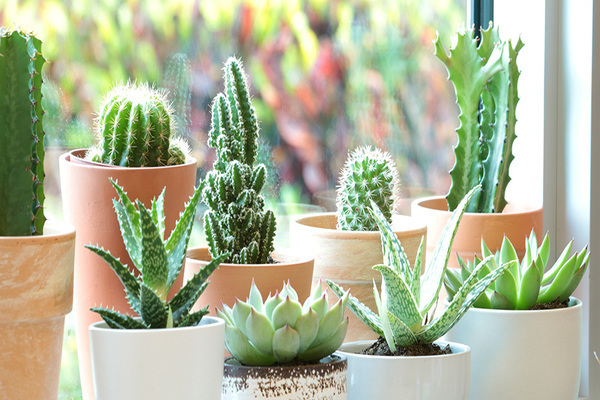 Currently, a huge number of new types of aloe have appeared, which surpass their relatives, who were once at the height of fashion.

All scarlet are succulents with succulent leaves, located in the root or apical rosette. Leaves with pointed ends and teeth along the edges and with a familiar pattern. Aloe is very fond of transplants, abundant watering in summer, they prefer a cool winter and do not depend much on the degree of lighting, although they are sun-loving. Does not require feeding. When choosing a pet, we advise you to take a closer look at the types of Marlot, scarlet variegated, scarlet multi-leaved. They have fancy rosettes of leaves in the shape of a spiral, an unusual color.

Their main range is in the deserts of Africa and the American continents. 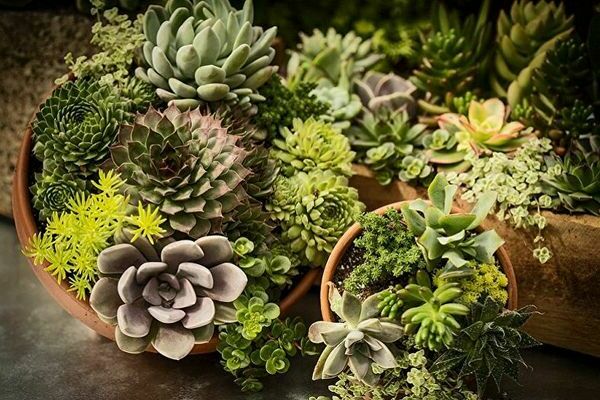 They belong to the fast-growing representatives of their species, so be prepared for the fact that they will often have to be transplanted. Many daughter outlets are formed on them, thanks to which they are easy to multiply and form whole colonies. In summer, they prefer abundant watering, otherwise they are quite unpretentious. May be in the shade. It is better to leave them cool for the winter.

Due to the shortened stems, visually, gastteria consist only of leaves. For some, they are arranged in the usual way, for some in bunk sockets, which are quite symmetrical. The leaves themselves are rounded at the ends and resemble tongues. They are arranged mostly in random order. The native lands are the deserts of Africa.

These are representatives of shrub succulents with branching shoots. They bloom in a gentle lilac or pink hue with neat chrysanthemum-like flowers. Their number is so large that the flowers often overlap the greenery of the plant. And it is also worth paying attention to. Gray-blue leaves, in the form of thick triangles with denticles on the ribs. With age, the old stems are pressed to the ground, and younger ones take their place.

Growing lampranthus requires a lot of attention to detail. In the summer, rare and moderate watering is needed. For the winter, almost stop moisturizing and transfer to a cool place.At the same time, bright, abundant lighting and fresh air are required all year round. 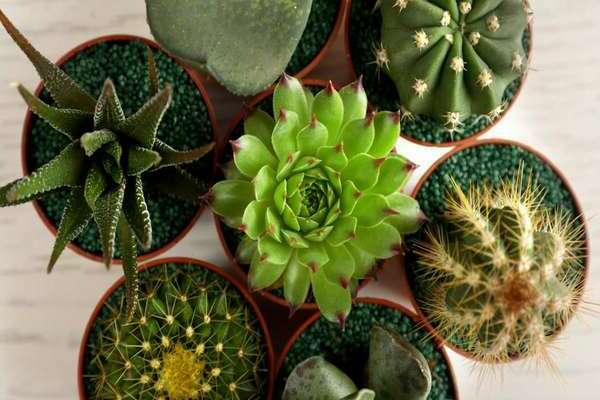 Belongs to the Asteraceae family. Blooms in small baskets of yellow inflorescences. The leaves are long and thick, can reach up to 10 centimeters in length and up to 4 cm in width. Beautifully shaped, reminiscent of inverted droplets or lobes, the leaves are arranged in pairs and are covered with a light bloom. Thin purple shoots lay down and droop.

Doesn't require complicated maintenance. It is enough to water the otton once a week, but do not overflow. The soil should be light, does not require feeding. Loves the sun and fresh air. In winter, it easily tolerates the coolness. She came to us from the deserts of South Africa.

At home, they are bright trees with long, densely branching stems, which allows you to take the most bizarre silhouettes. Effectiveness is added by dense and juicy leaves sitting opposite, on voluminous, bright stems. They come in several colors, so you will have plenty to choose from.

They prefer fresh air, and in summer you can leave them in the sun even at noon. They require rare feeding and discreet watering. 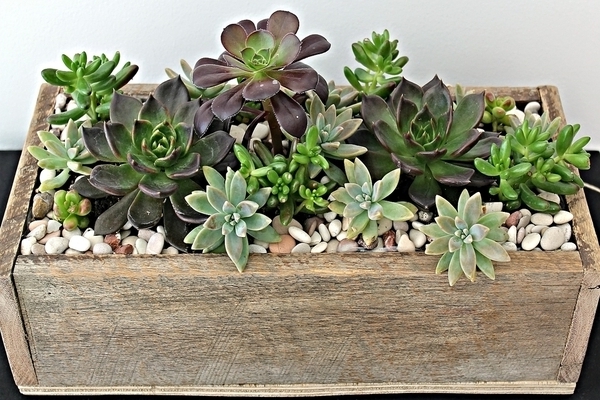 This plant stands out both among desert relatives and among exotic representatives. The shortened stem covers an amazing rosette. Long and narrow leaves with thorns along the edges, which reach half a meter in length, are collected in dense bunches, have a grayish scaly bottom, and a red bloom on the upper part. It blooms in panicles of white three-petal flowers.

Quite unpretentious. But, if you want to enjoy blooming, provide it with a cool winter with moderate watering (be careful and control abundance) and stable access to a light source. Originally from Central and South America.

The stems are almost invisible under the foliage. The leaves, reaching five centimeters in length and three in volume, resemble dusty oval-shaped pebbles. Quite juicy leaves, covered with a gray-white bloom resembling wax and shimmering silver in the shade, and in the sun with a shade of rose gold. From the outside it seems that they are simply poured onto the ground and are not abruptly taken for something artificial. They bloom with bright red flowers on long fluffy legs.

The care is the same as for most succulents. Loves the sun and fresh air. Does not require abundant watering and will withstand any temperature. It blooms willingly after a cool winter.