Pear Winter Kubarevidnaya has been known since the 60s of the 20th century and has earned the recognition of domestic gardeners. The reason for the popularity lies in the successful combination of a number of advantages inherent in this variety of this culture. Below we will talk about botanical data and characteristic features of the Winter Kubarevidnaya pear variety.

Pear Winter Kubarevidnaya was born thanks to the Soviet breeders of the Volga region. The homeland of the variety is the main point of selection of fruit crops of the Nizhne-Volzhsky Research Institute of Agriculture, located in Dubovka. The history of this scientific institution is closely connected with the Korneev dynasty of gardeners and scientists. One of them, R.V. Korneev, in collaboration with L.K. Zhukova, bred the winter pear variety Kubarevidnaya. The new pear variety was obtained by pollination of Bergamot Volzhsky pears with the pollen of the recognized world favorites - Williams andClapp's favorites". The hybrid is intended for cultivation in the Lower Volga, as well as in the steppes of the Volgograd region.

Pear Winter Kubarevidnaya: description of the variety and characteristics 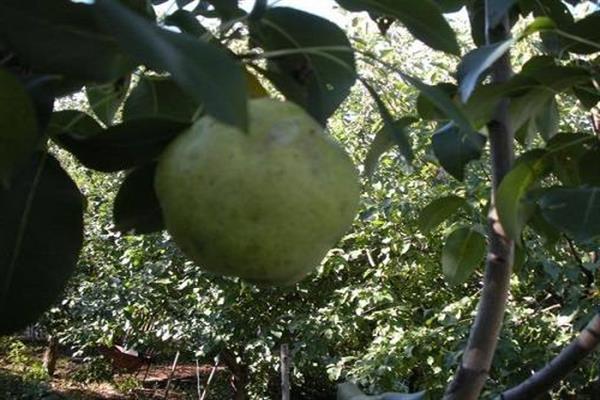 Pear Winter Kubarevidnaya refers to medium-sized varieties of pears. The crown of trees, as a rule, is wide at the base of the pyramid and is distinguished by a large number of branches. Shoots are either straight or arcuate, they are covered with a smooth dark brown bark. Small leaves have the shape of an egg pointed on one side and a smooth, matte surface without edge of a light green plate, which is usually concave. The contours of the leaves are wavy with rounded wide teeth (crenate). Elongated smooth petioles do not differ in thickness; elongated and slightly pointed stipules also have compact sizes.

The fruits of the Winter Kubarevidnaya pear variety are of medium size and weigh, on average, from 150 to 200 g. Their shape corresponds to the name of the variety and resembles a children's toy a spinning top. The rather dense skin has a smooth matte surface. In the phase of removable maturity, the fruits turn green with uneven spots of pink tan. When ripe, they turn yellow with a golden tint and a bright crimson tan. During storage, a large number of tiny and barely visible gray subcutaneous dots are formed. A small arcuate stalk is characterized by attachment to the fruit at an angle. The Winter Kubarev-shaped pear does not have funnels, the cups can be open or half-open, wide saucers are covered with folds and are small in size, as well as bulbous hearts. Compactness is inherent in both closed chambers and a cauldron-like sub-tube.

The not too dense pulp of the Winter Kubarevidnaya pear variety is white in color and contains a large amount of juice. It is characterized by a sweet and sour taste and aroma. The fruit contains sugars (about 12%), acids (0.1%), vitamin C (4 mg per 100 g).

You can start harvesting Winter Kubarevidny pears in October. They reach their consumer maturity in one and a half to two months, during December. Collected at the right time, they are successfully stored until the end of winter.

Trees of the Winter Kubarevidnaya pear variety begin to bear fruit rather late - not earlier than 6-7 years of their cultivation from annual seedlings. From that moment on, they bring a bountiful harvest every season. Pear Winter Kubarevidnaya tolerates severe frosts and droughts typical of the steppes of the Lower Volga region.Damage to the aboveground parts of trees and their fruit buds was not recorded even after the harsh winters of the late 60s and late 70s of the 20th century. This variety is immune to scab and is rarely affected by it.

Winter Pear Kubarevidnaya combines such indisputable advantages as impressive volumes and regularity of the harvest, high commercial and consumer characteristics of fruits, the ability to store for a long time without losing its attractive appearance and taste, resistance to adverse environmental conditions.

The main disadvantage of this variety is the late period of the first fruiting, which occurs only 5-6 years after planting the seedling in open ground.

Pumpkin: planting and care in the open field, growing and harvesting

How to feed cucumbers in a greenhouse: for growth and fruiting. 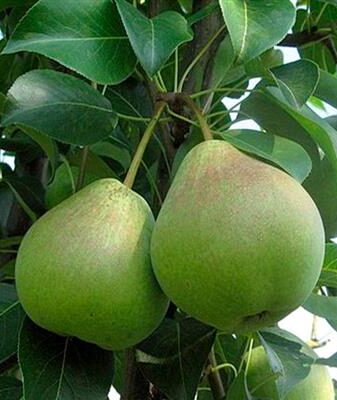 Pear Commemorative
Pear Pamyatnaya is a variety of pears with summer ripening period, known since the middle of the 20th century. Being ... 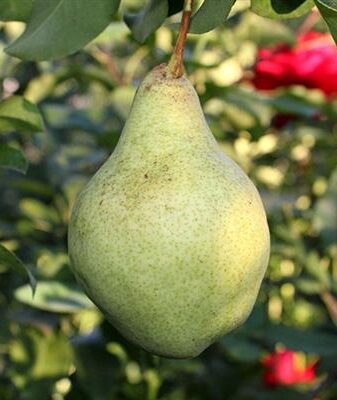 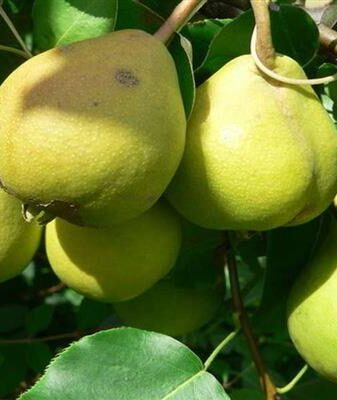