Black Diamond BlackBerry is cultivated by a large number of gardeners. To get a decent harvest, they select the best planting material, adhere to the planting time and scheme, thus achieving the required result. In this article, you will learn about the features of this variety, its reproduction, diseases and harmful insects that infect the bush, about agricultural practices, about how to collect and store fruits.

Blackberry is a cone-shaped berry, belongs to the Multicolored family, to the genus Rubus. It is a shrub that grows in forest areas and along the river coasts of the Eurasian and North American continents. Depending on the level of ripeness, the color of the fruit changes from green to brown, then to black. The inner content of the berry is dense, the taste is sweet, sour, the fruit weighs eight to ten grams. A bush of high growth, large size, shoots spread in half. There are some thorns at their base. Flowering and fruiting begins only at 2 years in the 15th of June. The flowers are large, pink in color. The fruits ripen in the 15th of July and the first days of August.

The name "blackberry" comes from the word "hedgehog". Because culture has little needles.

When breeders bred the Black Diamond variety, they wanted it to have certain varietal traits. The variety we are considering is resistant to dry and frosty periods, has a decent yield.

Black Diamond variety has good resistance to frost periods, can withstand temperature conditions up to minus twenty-seven to twenty-nine degrees. But in the winter season, it is required to cover the bush with polyethylene, spruce branches, straw or other material that allows oxygen to pass through. In addition, Black Diamond has good tolerance to summer season and droughts, however, the leaves can turn yellow and dry. The berry will receive the required amount of water, a strong root system will help it in this.

Fruiting of the Black Diamond blackberry begins on the 15th of July - the first days of August. At the end of the ripening of the fruits, it will be possible to collect them from each shrub in a day all month. For one period, the yield from a bush is thirty-five kg. 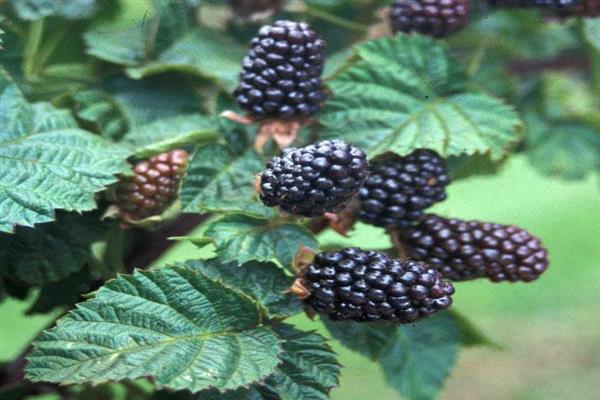 Planting the Black Diamond variety is required according to certain rules. To get a decent harvest, you need to choose the right time and site for planting. In addition, a good planting material is selected, it is planted according to the planting pattern.

You can plant Black Diamond Blackberries in the fall and spring, before the foliage blooms. The most optimal time is the beginning of the first spring month.In the autumn season, planting is carried out before the onset of the first cold snaps. Cuttings are cut to twenty-five cm.

It is necessary to grow blackberry seedlings of the Black Diamond variety on fertile soil (in moderation), loamy or chernozem soil with a moderate acid level (pH five and a half to six and a half) is suitable. Sandy soil needs to be additionally fed with organic matter.

How to choose a site for planting.

The Black Diamond planting site should be well lit, because in the shade, the bushes will not give a decent harvest. Do not place raspberries near brambles to avoid morbidity. In addition, it is advisable to change the landing site every seven years.

Before planting, clear the garden area from weeds, dig it up. Next, pits are prepared for planting, they are dug into the depths fifty cm, the distance between them is about one hundred to one hundred and twenty cm. Five to six kg of humus, potassium sulfate (fifty grams), superphosphate (one hundred grams) are added to each hole.

How to choose and prepare seedlings.

Seedlings with a closed root system are selected as material for planting, the roots must be moistened. Choose bushes from a nursery or a reputable gardener. The seedlings should have two stems and at least one living bud.

Black Diamond is grown in rows, orientation from north to south, a distance of two meters. Do not shorten this interval, as in the future the growth of shrubs will be observed, they will need a lot of space. Walls, fences, buildings that are located on the territory should be located one meter from the bushes.

The planting pit is filled with manure and other top dressing, then a seedling is installed in it, dug in with soil and watered. It is advisable to build drip irrigation or irrigate the soil two to three times every seven days. In order not to overmoisten the earth, it is better to regularly loosen it.

In the first year of development of the Black Diamond, it is required to make additional fertilizing and mulch the soil. To increase the yield, organic matter and compost fertilizer are introduced (five kg / square). At the beginning of the ripening of the berries, potash mixtures are introduced.

It is better to cut the bush in the autumn season, or rather, after harvesting the fruits. To accomplish this goal, all shoots are cropped, you only need to leave seven to eight lashes, shortening them by one third. If the bushes are not trimmed, they will grow more slowly, making it harder to pick berries in the future. In the spring season, the procedure is carried out to get rid of frozen and wilted shoots.

Since the Black Diamond bush does not have thorns, it becomes easier to harvest the fruits, but you should not necessarily do it with your hands, because the characteristic varietal characteristics make it possible to use specialized equipment and automotive equipment for this purpose. The fruits have excellent tolerance for long-term transportation, they are stored fresh on the refrigerator shelf for up to ten days.

How to prepare Black Diamond for wintering

Black Diamond variety is highly resistant to frost periods, tolerates temperature conditions up to minus twenty-seven to twenty-nine degrees, but it is better to cover it in winter. You can cover with spruce branches, straw, roofing felt, humus, sawdust, burlap, cardboard, polyethylene, hay, tops.

To propagate the Black Diamond blackberry, the first and second methods are chosen, since they are less energy-consuming, in these cases no special education of the gardener is required, that is, even beginners can handle it.

Black Diamond variety is attacked by harmful insects. The pests are listed below.

The most popular diseases of Black Diamond:

If you read the historical information about the development of the Black Diamond variety, with its characteristics and agrotechnical principles, you are guaranteed to get a decent yield. At the same time, apply modern methods to combat disease and insect pests for a good quality Black Diamond harvest.

Seedlings of pumpkins, zucchini: how to distinguish seedlings and seeds, signs

Smitiante: TOP species and varieties, secrets of planting and care at home, photo 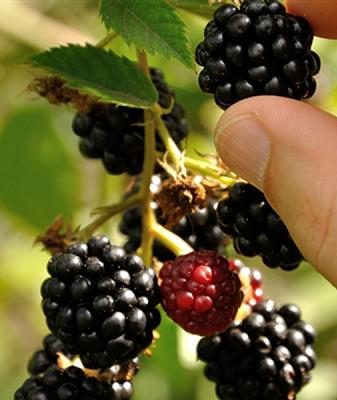 Blackberry Navajo
Blackberry is a garden plant bred in North America, Russian gardeners have appreciated it and ... 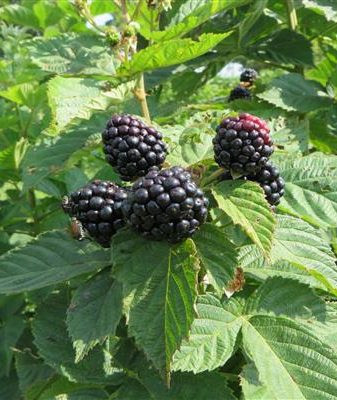 Blackberry Black Magic
The United States is the leader in the cultivation of blackberries on an industrial scale. It is in America ... 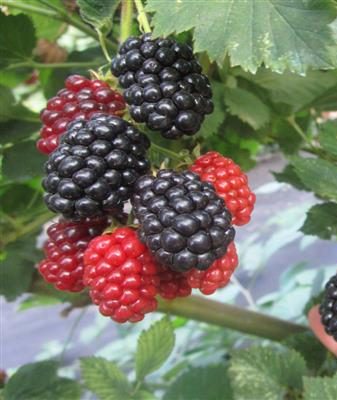 Blackberry Kitatini
The uniqueness of the blackberry bush has long been popular in any country. Wood...
×