Angelica: how to grow properly
454

Angelica: how to grow properly 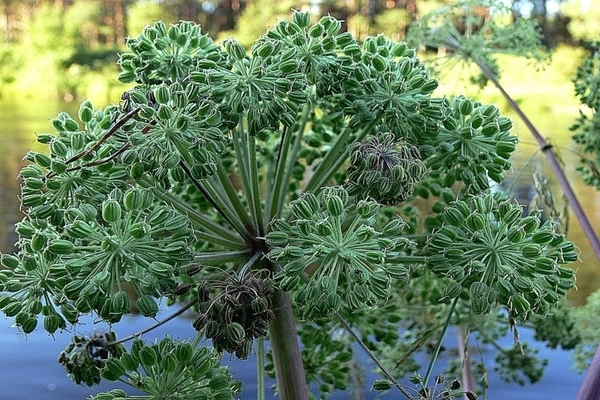 Angelica, or "Archangelica officinalis" in Russia is also known as "Medicinal Dudnik", "Dudnik", "Wolf's pipe", "Meadow pipe", "Pryanka", "Podranitsa", "Dyagilnik", "Pipes", and in Europe - "Angelic grass", "Angelica". The plant has many beneficial properties, therefore it is considered medicinal. Eurasia, namely its northern territory, is the native land of the angelica plant. Most people prefer to grow angelica in their suburban and suburban areas because of its medicinal properties, pleasant aroma and beautiful decorative appearance. Angelica got to the area of ​​Northern Eurasia in the 15th century, from there and began to spread throughout the world. In the wild, it is found in pine, birch, spruce forests, near water and in ravines. 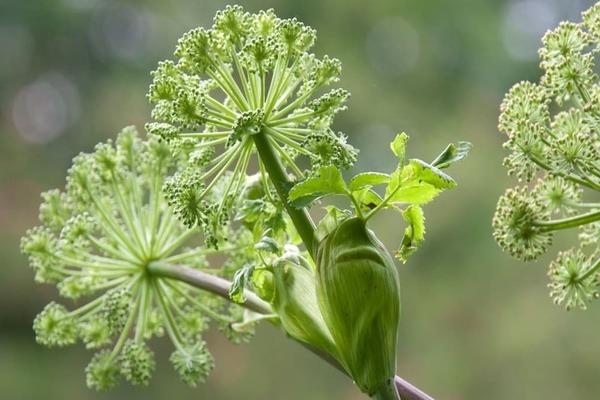 Angelica grows for two years, during this half of its life it forms a root rosette, which looks like leaves gathered together, has a pleasant aroma, and is considered a medicinal plant. Peduncles and shoots are formed only in the second half of the plant's life. The small-sized brown rhizome, the shape of which resembles a radish, is about eighty millimeters in size. Over time, everything is covered with adventitious roots. It contains a liquid inside, namely milky juice, of snow-white or beige colors. One stem, large in size, grows strictly straight, is not covered with anything, grows up to two hundred and fifty-five centimeters, the shape resembles a cylinder, strongly branched from above, there are no entrails. The leaves are one behind the other, the shape resembles an egg or a triangle, large in size, elongated petioles. Large inflorescences, about fifteen centimeters long, shaped like a ball. The flowers are small in size, color green or yellow, do not carry any peculiarities in terms of decoration. The shape of the fruit is elliptical, the color is yellow or green. The flowering process takes place from the second half of life from the beginning of summer to the end of summer. The process of fruit ripening occurs in mid-summer - early autumn.

How to grow angelica correctly?

Experienced gardeners and summer residents recommend paying attention to places with a sufficient amount of sunlight or with partial shade, the land is rich in minerals, has a high level of moisture, and does not allow excess moisture to pass through. We prepare the site in advance, it is possible before the process itself. To begin with, we dig up all the earth, apply fertilizer to the soil, level the soil. Angelica is planted in open ground in early autumn; by early spring, the plant will naturally harden. Unfortunately, planting material in the form of seeds does not have a high level of germination, so do not spare them, the more, the better. In the spring, lush shoots can emerge, in order to facilitate their growth, it is necessary to transplant them, observing a distance of about thirty to forty centimeters between each bush. Covering crops in the cold season is not worth it.

If there is a desire to plant a plant in the spring, we must prepare the seeds. We moisten the sand and mix it with the planting material, put everything in any container. We put all the seeds in the refrigerator on the lower shelf for the whole winter. Before sowing, we take out and inspect the contents of the container. Unfortunately, a small fraction of the seeds will do.

The bed needs mulching, experienced gardeners and gardeners recommend using moss. It contributes to high quality and high yield.Angelica plant is unpretentious, just moisten the soil on especially hot days, loosen and weed the ground, fertilize with mineral fertilizers twice in three months, use protection against attacks of various parasites and diseases.

The most common and well-known diseases of the angelica plant:

Chemical solutions contain substances hazardous to the human body, so it is better not to use them. It is recommended to arrange prophylaxis, to follow simple rules of sowing and care.

The plant has a high level of heat resistance. The most dangerous parasite for angelica is the "spider mite", which prefers droughts. Infusions on tobacco help fight parasites without harming the plant and the human body. To make such an infusion you need: three and a half liters of water, two hundred grams of tobacco. It is necessary to insist for at least a day. We filter the infusion and add fifty milligrams of liquid soap or shower gel, this will create a sticky base. Using a spray bottle, spray on and under the bushes themselves.

How to properly collect and store angelica?

Usually, all the healing properties are contained in the root of the plant, but sometimes leaves with seeds are also used for the preparation of medicines. In autumn, the root is harvested from first-year plants, from second-year plants - in the spring season. We carefully dig it out of the ground, clean the root of the dirt and remove the part that was not in the soil. Take a good look at the root, if there is a defect or infection on it - feel free to get rid of it. Wash the roots in ice water, cut in half. We place all the roots on a tray and take them to a dark room with good ventilation. It is possible to dry the roots with an oven, heat it to thirty-five to forty degrees and place the roots. At the time of flowering, the foliage is dried.

The finished dried parts of the plant are placed in bags or boxes. The shelf life is no more than two years.

There are three types of angelica:

On the territory of Russia, experts are not engaged in breeding new varieties and species of this plant.

The plant has a huge amount of nutrients, trace elements and vitamins. For example, essential oils, malic acid, valeric acid, acetic acid, angelic acid, wax, sugar, resin, pectin, carotene. Due to the fact that the roots contain an essential oil with a pleasant musky smell, it is used in various fields. The oil contains: B vitamins, BJU, protein, ascorbic acid.

In folk medicine, it is used to heal wounds, treat acne, in the presence of psoriasis.

In aromatherapy, cooking, cosmetology, perfumery, the root is used due to the presence of essential oil in it.

The plant is an excellent honey plant, honey of red, brown colors. It is capable of not crystallizing for a very long time, has an unusual aroma and unique taste.

The use of medicines based on angelica is contraindicated for people with intolerance to any substance from its composition. To this list were added both pregnant women and people with diabetes. 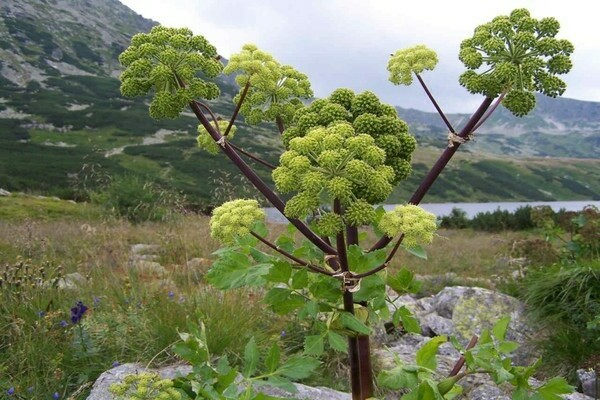 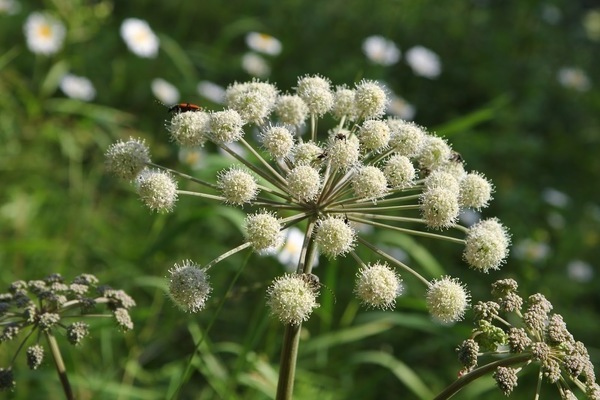 When and How to Harvest Basil? TOP rules and secrets of collecting seeds