Jacobinia, or justice, or djustica belongs to the Acanthus family. This genus includes about forty varieties, some of them are successfully cultivated in the middle lane at home. The birthplace of justice is Latin America. 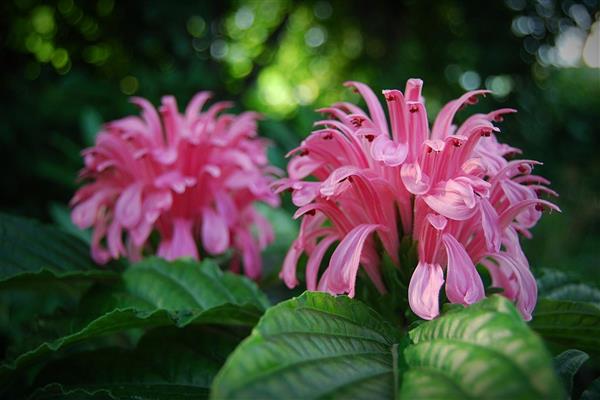 The plant stretches up to one and a half meters. After some time, the lignification of the erect stem occurs. The leaves are presented in the form of an ellipse, their surface is covered with spots and drops. Jacobinia has two types of inflorescences, it is according to them that all varieties are divided into categories. In the first category of plants, flowers are formed on the lateral shoots, in the second, they are formed on the tops.

For normal growth and development, the plant requires a large amount of bright illumination, and scattered without fail. In the summer at noon, the bushes need to shade from the direct sun exposure. But in winter, the sun's rays of Jacobin are badly needed. Therefore, it is required to additionally illuminate it with phytolamps.

In spring and summer, the development and growth of the flower will proceed well under temperature conditions of just over twenty degrees. In the winter season, the bush is placed in the cool (about seventeen degrees).

When the plant is in bloom.

If a variety is grown in which the formation of flowers occurs on the lateral shoots, then the bush can begin to bloom in winter. To this end, the plant must be provided with the optimal amount of lighting all day, and it also needs a cool temperature regime (no more than twelve degrees).

Maintain a room humidity of at least sixty percent. To this end, the bush must be systematically sprayed, and wet expanded clay or sphagnum moss is poured into the pallet.

Watering the Jacobinia is carried out only with well-settled water. Water the flower after the surface soil layer has completely dried. During cooler winter seasons, watering is reduced. But, if in winter the bush is kept in a warm room, then watering is carried out in the same way as in the summer season.

When the Jacobinia is actively growing, fertilizing is mandatory. Fertilization is done once every one and a half weeks. For this purpose, organic or mineral substances are used.

The substrate should be slightly acidic. It can consist of sand, humus, sod and leafy soil, which are taken in equal quantities.

A transplant is performed if necessary. Plants are transplanted in the spring, namely, on March days. The bush is carefully pulled out of the old one and placed in a new container, which has a large size, and you need to try not to injure the roots. Jacobinia "Small-flowered" is transplanted after it has faded, namely, in the winter season. 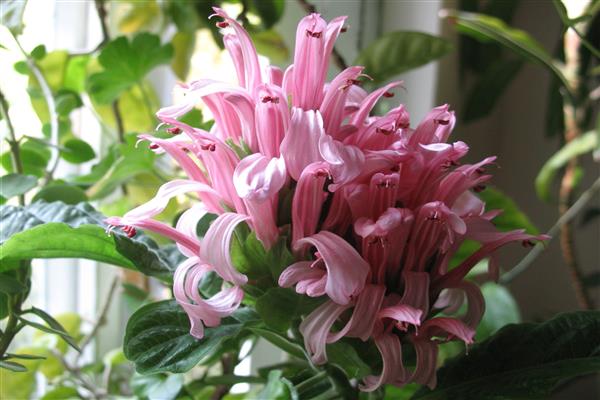 When cultivating a plant at home, propagation is carried out by seeds and cuttings. If it is cultivated by seed, then do not forget that the seedlings need to be put in a warm place (about twenty-two degrees).

The time for propagation by cuttings depends on the type of inflorescence. If the inflorescences appear at the top, then the plant must be propagated in the January-April days. It is necessary to root cuttings under warm temperature conditions (at least twenty degrees).When their roots grow back, they are planted in separate pots, which are seventy mm in diameter. Three cuttings are immediately planted in a larger container, one hundred and ten mm across. To increase the attractiveness, the bush must be pinched.

Varieties, the formation of flowers of which occurs on the lateral shoots, are propagated by cuttings in January-February days. After rooting, the cuttings are planted in a container that is one hundred mm in diameter. Moreover, it is advisable to plant not one plant in one pot, but several. During rooting, the cuttings should be warm (about twenty degrees), but after planting in individual pots, the flowers are rearranged to cool (no more than sixteen degrees). Young bushes need good lighting in large quantities, and you also need to cut off the branches without fail.

Justice has a fairly high immunity to diseases and various pests. But, if the room has too low air humidity, then the bush may be attacked by spider mites. The leaves of the affected plant first turn yellow, and then they dry out, and a thin web appears on the inside.

Also, due to a lack of liquid, leaves may fall off. If there is a lack of illumination in the winter season, the leaves will turn yellow.

An overabundance of nutrients in the substrate can lead to the fact that the green mass will be actively growing, and the flowers, on the contrary, will be completely absent.

Stems are upright, weakly branched, grow up to one meter or more. Leaflets are twenty cm in length, their surface is slightly pubescent. The round inflorescence contains pink flowers. 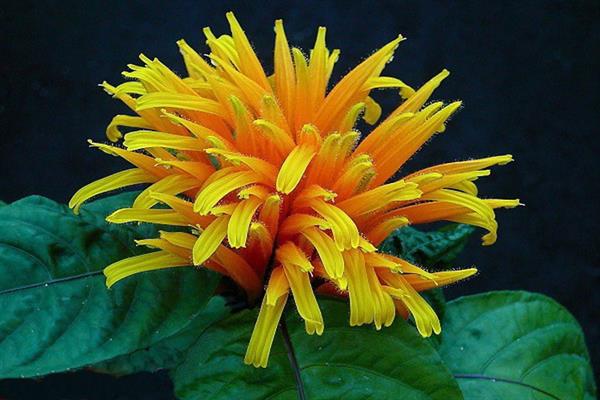 This variety has pronounced features of the genus. The inflorescences are colored bright yellow. 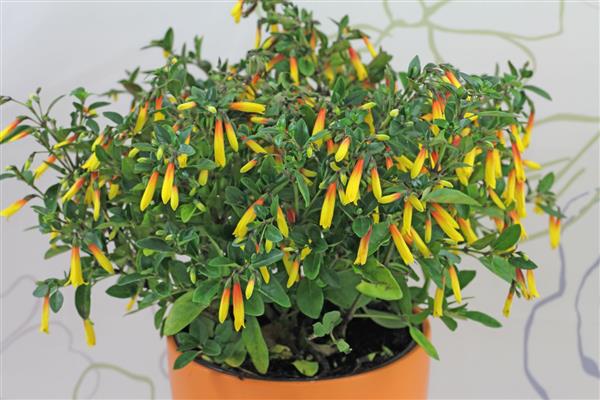 The bush is small, stretches up to a maximum of fifty cm. The shoots branch, the leaves are in the form of an oval. The flowering is lush and spectacular, because the flowers are painted in two colors. At the base, the staining is red, above there is a change to yellow. 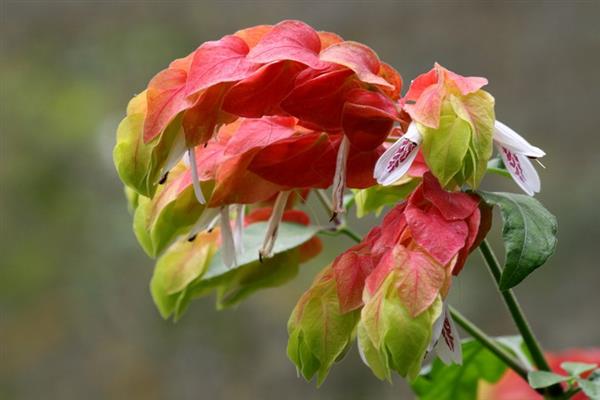 The evergreen bush is decorated with elongated leaves growing up to seventy mm. In this variety, attractive scarlet bracts are formed, and from them elongated white flowers appear. When cultivated in indoor conditions, if properly maintained, the flower can grow up to one meter.

There are also varieties of Jacobinia "Variegatnaya", their characteristic feature is that mutated cells without chlorophyll grow next to an ordinary cell, because of this the bushes look very original and attractive. But caring for these varieties is quite difficult, and there may also be problems with their distribution. They are usually called variegated.

Planting and caring for raspberries: basic rules and features

Pepper seedlings: how to properly grow seedlings yourself?