Apple tree Zaryanka is a relatively new variety resistant to some diseases with the Vm gene, with a harvest of autumn ripening, created at the All-Russian Research Institute of Breeding of Fruit Crops by crossing such apple varieties as “red barrel antonovka"And" SR0523 "in 1976. Seed material was planted in 1977, and introduced into the elite in 1984.

Apple-tree Zaryanka: description of the variety and characteristics 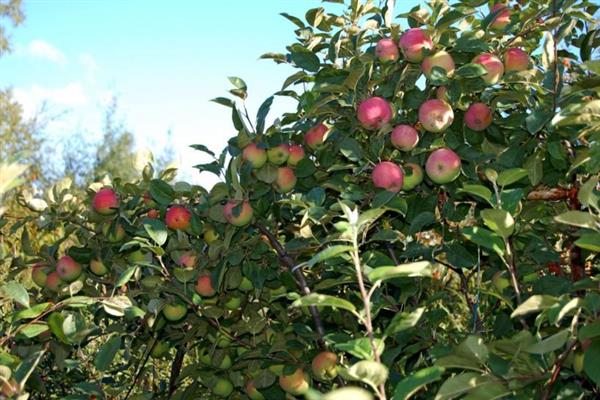 The apple tree Zaryanka grows of ordinary size, the crown is in the form of a regular circle, the density is estimated as average. The main branches grow straight, receding from the trunk at an angle, approximately ninety degrees, are compactly located. The stem bark and main branches do not have any irregularities, the color is grayish. Most often, fruits are formed on simple and complex ringlets.

The branches of the Zaryanka apple tree grow straight, the thickness is estimated as average, round in cross section, brown color, there is some pubescence. The buds do not depart from the trunk, in the form of a regular cone, there is a slight pubescence. The leaf plates are of ordinary dimensions, the shape resembles a wide egg, the upper part of the leaf plate is helical, the color is greenish, uneven, non-shiny, the nerve is assessed as rough. At the edges of the foliage, small, crenate, even. The petiole of the leaf blade is of an ordinary size, rather thick. The flower buds do not have any irregularities, ordinary dimensions, in the form of a regular cone.

The flowers are large, the shape resembles a saucer, the buds are white and light reddish in color, with a lilac tint, the petals are light pink, in the form of a regular circle or elongated, not completely closed, the stigma of the pistil is identical to the anthers. 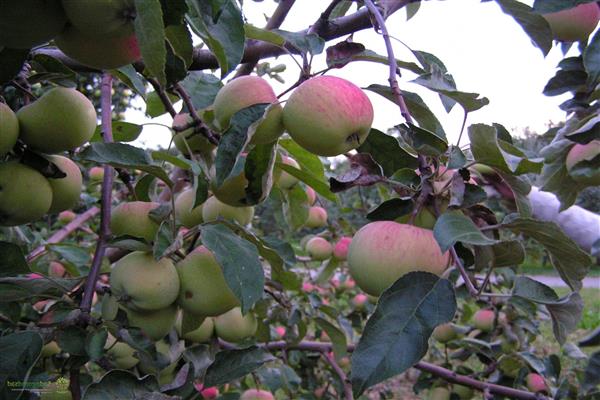 Zaryanka apples are of ordinary size, the weight of each fruit reaches one hundred and thirty degrees, the shape is flattened round, the ribbing is poorly expressed, beveled. The apple skin does not have any irregularities, is not wet, glossy. The main color at the time of removable ripeness is green, at the stage of consumer ripeness it is green and yellowish at the same time. The cover color is located on almost the entire apple with brown and red stripes on a pinkish tint during removable ripeness. On the surface of the apple, dots located under the skin are clearly visible, in large numbers, small in size, green in color. The fruit stem is of an ordinary size, rather thick, uneven, and obliquely, the influx is noticeable in the lower side. The funnel is of ordinary depth, obtuse conical shape, rusting is assessed as medium. The calyx is half open and has large sepals. A saucer of ordinary depth, rather wide, with grooves. The heart part of the apple is large, resembling an onion. The seed chambers are half open, of ordinary size. The tube, located under the cup, is small, rather narrow, resembling a bag. The seeds of apples of the Zaryanka variety are of ordinary size, the shape resembles an egg, the color is brownish.

Apple pulp Cream-colored Zaryanka, rather dense, prickly, rather delicate, the graininess is estimated as medium, filled with juice in large quantities, it tastes sour and sweet at the same time, the aroma is not pronounced.

Removable ripeness of the Zaryanka apple tree falls on the territory of the city of Orel at the end of the summer season. The consumer season lasts from the beginning of the fall season to the first winter month.

Zaryanka apple is considered an amazing component for making fresh juices. Tasters evaluate such a product at four and a half points on a five-point system. 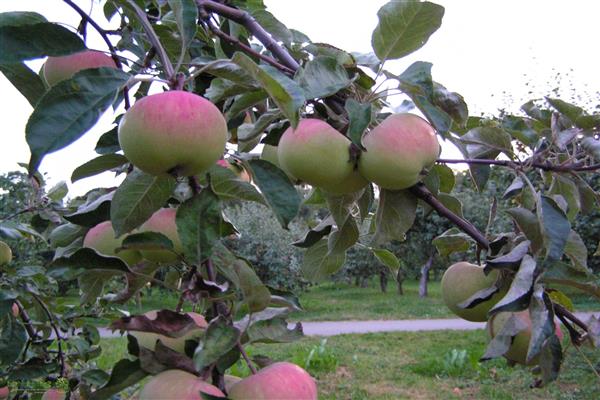 The Zaryanka apple tree is fast-growing, brings a large amount of harvest, usually it is possible to collect two hundred and thirty centners from each hectare.

Fruit apple trees of the Zaryanka variety have a satisfactory level of resistance to cold and frost. In the record-cold years of 1994-95, the temperature indicator reached minus thirty-six and a half degrees, the freezing of the stem bark of this variety of apples was estimated at one point, which means that the score is identical to the "autumn striped" variety. This apple variety has a satisfactory level of resistance to some diseases.

Violet Aphrodite: a description of how to grow this variety of violets, photo 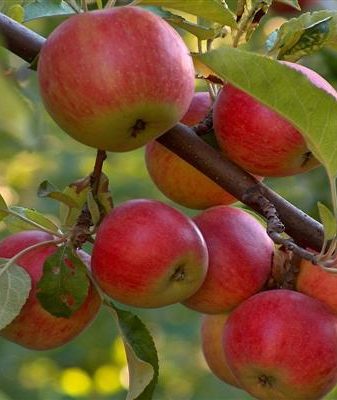 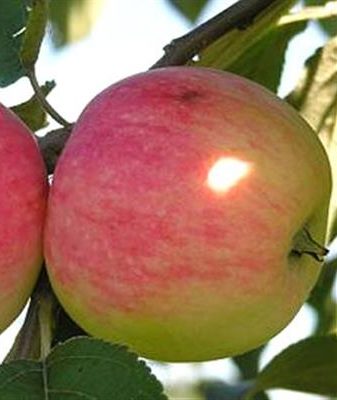 Apple-tree Miass
In this article, we will consider one of the late summer varieties of apple trees - apple tree ... 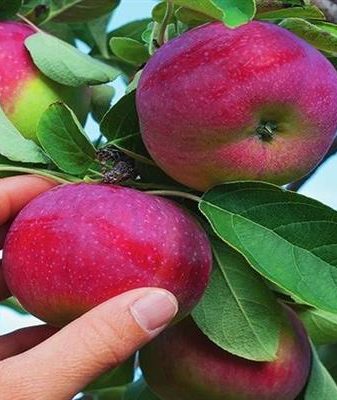 Apple tree Desired
The apple tree Zhelannoye was obtained at VNIISPK, thanks to the work of a group of specialists in breeding E.N. ...
×