The Stark apple tree is considered American, the fruits ripen quite late, but the apple tree's yield is always quite high. In the presented article, we will talk about the features of growing this apple tree, the external shape of the tree, its shoots, as well as the main characteristics of the fruit. 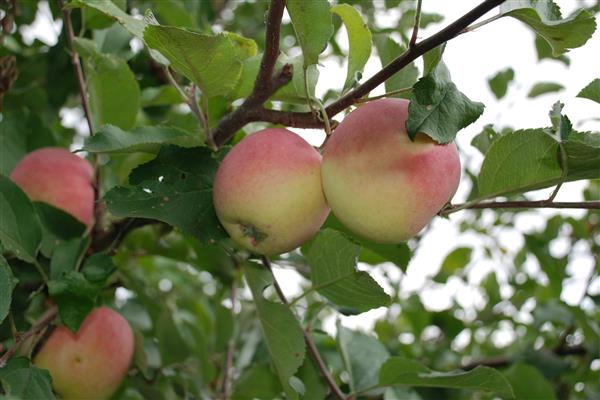 Stark apple trees are very fond of planting by gardeners, their crown is wide-round, quite spreading. If we talk about the density of shoots, then it is average. However, it should be noted that the trees grow quite intensively. But the shoots depart from the trunk at a right angle. Due to the fact that the crown of the trees is quite dense, it will need to be formed in a timely manner. Speaking about the type of fruiting, we note that it is mixed. Pruning must be carried out either in early spring or late in autumn, since it is at this time that sap flow does not occur. It is better to form an oval, rounded crown. In view of the fact that trees are actively growing and developing, they need to be fed in a timely manner. Don't forget about pruning, watering, prevention. These trees do not require special care, but you still need to adhere to the usual agrotechnical techniques. The shoots of this culture are quite thick, if we talk about the length, then it is average. The shoots of the Stark apple tree are straight, rather dense and elastic, slightly pubescent, the color of their bark is reddish brown. The foliage of the plant is large, obovate or oval in shape, the asymmetric bases are narrowed, and the tops are rounded. If we talk about the surface of the leaf blades, then it is quite even, serration is observed along the edges. The petioles of plants are long, also quite elastic and thick, but the stipules are large.

Stark apples are above average in size, some gardeners note that they are quite large, either round-conical in shape or simply round. Ribbing is noticeable on the fruit. Moreover, at the top, it is not clearly expressed. The fruit is green in color, however, a slightly washed-out blush of a brown-brick color is often observed, which rarely forms on the surface of the fruit. Speaking of the skin, we note that it is not only dense, but also thick, there are quite a few subcutaneous points, they are whitish, well visible. The peduncles are short, and medium in length, the calyxes in plants are closed or semi-closed, rather large, but the subacheal tube has a conical shape. Speaking of the seed chambers, we note that they are mostly closed. The axial cavities of the fruit are narrow. The flesh has a beautiful cream or pale yellow color, observed inside the apple and a greenish tint focused on the veins. To the taste, the flesh of Stark apples is a bit sour-sweet, and its structure is quite juicy and dense. It should be especially noted that during storage, the fruit's taste and marketability improve. Usually gardeners plant these apple trees in the south of Russia. Their fruits contain dry substances, sugars, titratable acids and active substances, we should especially note that the content of ascorbic acid is high in fruits. So, 100 g of apples usually contain up to 9 mg of this substance. So, these fruits are not only tasty, but also healthy. It is best to harvest Stark apples in the middle of autumn, if you pick the apple at the right time from the branch, then the fruit will be preserved until the arrival of summer. However, subcutaneous spotting sometimes appears during storage. Note that this variety is also unpretentious, among other things, it is also fast-growing, so this culture has a lot of positive qualities.

Speaking about the advantages and disadvantages of Stark apple trees, first of all, it is necessary to note the high productivity of the variety, its early maturity and regular yield. So, apple trees of the Stark variety usually bear fruit annually, delighting their owners with wonderful fruits. In addition, we note that this culture is also winter-hardy, as well as resistant to some types of diseases and pests, for example, to the eternal problem of gardeners, scab. The fruits have good taste and marketability, they can be processed, consumed fresh, fruits are stored for a long time, as you remember, if the storage conditions are observed, apples retain their properties until summer. In addition, Stark apples are well transported, they make wonderful jams, compotes, apples are also suitable for drying. Of the shortcomings, let's say about the rather strong growth of Stark apple trees, in connection with this, gardeners often have to form a crown, otherwise, this variety has no drawbacks. At least gardeners don't talk about them. As you understand, the Stark apple tree is quite popular, mainly due to its positive characteristics, as well as due to its unpretentious care. Apple trees Stark delight their owners with wonderful fruits for a long time.

Watering a tomato in a greenhouse - how to water, proper watering, drip

Ants: how to get rid of them in the garden 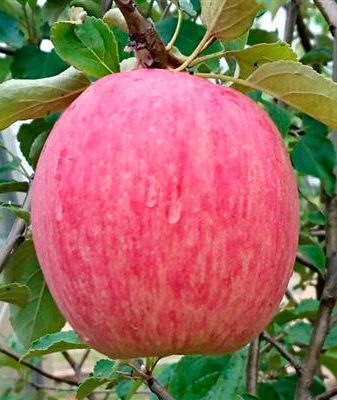 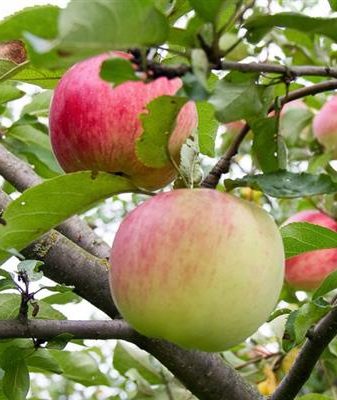 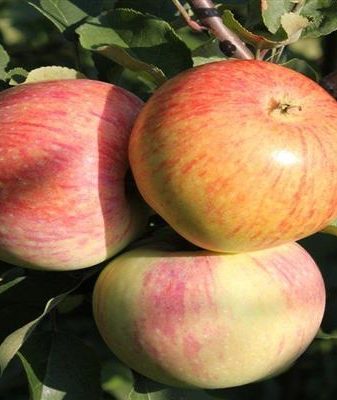 Apple-tree Uspenskoe
The Uspenskoe apple tree was developed thanks to the breeding specialist and academician of the Russian Academy of Sciences Nikolai ...
×