Apple tree Glory to the Peremysians
150

Apple tree Glory to the Peremysians

Apple tree Glory to the Peremozhtsy belongs to the group of summer or late summer, the variety was developed at the Mliev Experimental Gardening Station named after. LP Simirenko with the help of crossing two varieties of apples, thanks to the work of selection specialists L.M.Ro and P.E. Tsekhmistrenko. This type of apples belongs to varieties with an autumn ripening time in the central regions of our country. The apple variety Glory to the Peremogians is intended for cultivation practically throughout our country in industrial gardens.

Apple tree Glory to the Peremozhtsy: description of the variety and characteristics 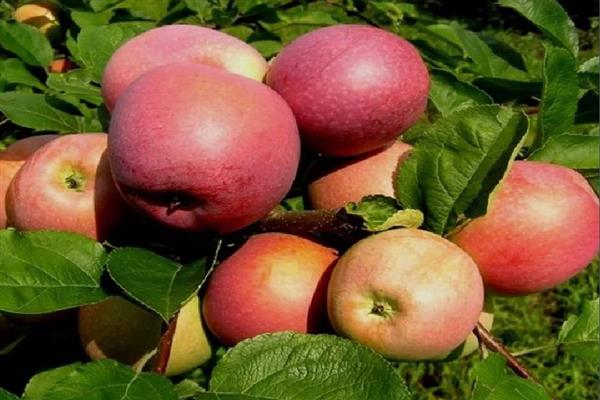 Apple tree Glory to the Peremozhtsy: photo of fruits

Apple tree Glory to the Peremozhtsy grows large, the crown is wide pyramidal, over the years the crown changes to a high oval or high rounded. The main branches are brown in color, recede from the trunk at an angle, about forty-five degrees, grow vertically, but over the years they grow on different sides, usually overgrown with ringlets and fruit branches. On good agricultural backgrounds in the southern areas, the process of bringing a crop on an apple tree at the age of two years is possible.

The branches of the Slava Peremozhtsy apple tree grow straight, the color is brown, there are many lentils, small in size. In the nursery, branches are red and brown, glossy, geniculate is assessed as weak. The foliage is medium in size, rounded or rounded-oval, with short pointed tips, light green color, with a slight yellowness, there are practically no irregularities, there are a small number of villi, small wrinkles, bulky, slightly raised at the edges and doubly crenate, slight serration, receding from the stem at an angle, approximately forty-five degrees, slightly crooked at the base along the main vein. Apple petioles Slava Peremozhtsy do not have a strong color, stipules are small, lanceolate in shape.

The flowers are saucer-shaped, pinkish with a red base at the staminate filaments, the pistil column has no villi, the stigmas of the pistils are located identically to the staminate anthers or slightly higher. Reddish buds.

Glory apples of large size or ordinary size, cute, with an oblong or round shape, sometimes it is round, weakly conical at the top, do not have any irregularities, ribbing is poorly expressed. Large apples are formed in areas with tinning, with good soil and normal air humidity. The rind does not have any irregularities. The main color when removing a light green solid color, an elegant reddish, indistinct blush covers almost the entire apple, if the fruits are not removed prematurely, the apples quickly overripe, have a small bloom of wax and many light dots located under the skin, usually with a corked center. The fruit stem is of ordinary size. The apples growing on the sides of the tree have elongated and thin fruit legs, and the funnel is smooth and narrow. A cup of ordinary size, completely closed, often with almost closed sepals, is located in a small saucer. The tube under the cup is small and tapered. The axial part is extensive. Seed chambers are voluminous, vertical, large gaps, usually up to three to five seeds, small in size, round or regular oval shape, dark brown color.

Inside the fruit of the apple tree Glory to the Peremozhtsy are snow-white, a little creamy, rather tender, filled with juice, there is a pleasant aroma, excellent taste, sour and sweet taste at the same time. The fruits contain:

Features of the apple tree Glory to the Peremozhtsy 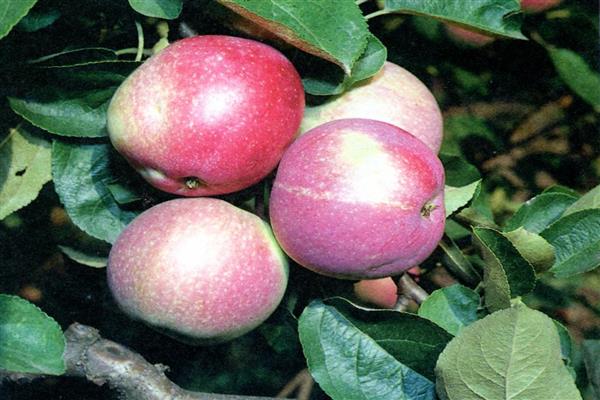 Apple tree Glory to the Peremozhtsy: photo of the variety

The crop is not strongly attached to the apple tree when fully ripe. The presentation of apples was estimated at eighty - ninety percent.

Apple tree Glory to the Peremzians is self-fruitless. It is recommended to plant pollinating varieties nearby:

Fruit trees begin to reward with harvests in the southern regions on a weak vegetative rootstock, when they reach the age of four to five years, in more northern regions - a little later. The first time the harvesting takes place every year, then it becomes irregular, the degree of agricultural background is strongly determined. Usually, a large number of fruits are harvested, in the Kuban it is possible to collect about two hundred centners per hectare, outside its territory you can get about a hundred centners per hectare. On a new dwarf and semi-dwarf rootstock, the number of fruits increases, up to about three hundred centners per hectare, thanks to dense plantings and an increased level of agricultural background.

Also, the Slava Peremozhtsy apple tree has a good level of resistance to temperatures below zero degrees Celsius, but the degree of drought resistance is insufficient, and this increases the crumbling of apples.

The cities in which the apple tree Glory to the Peremozhtsy grows best of all:

Apple-tree Glory to the Peremozhtsy: gardeners' reviews about the variety

Summer residents' mistakes. The main problems are why there is no harvest!

Cherry Novoseletskaya: description, ALL features of the variety with a photo 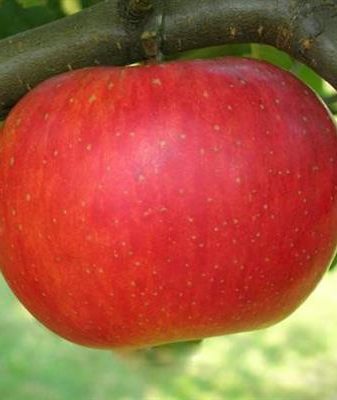 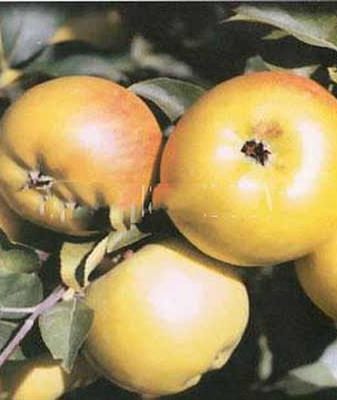 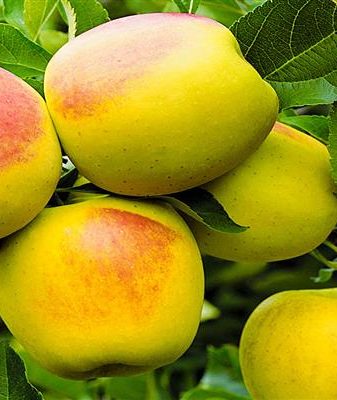