Apple-tree Girlfriend has only one significant drawback - very small apples. Most gardeners can refuse to buy such a seedling, having learned that the weight of the fruit does not exceed 40 grams. However, having paid attention to the rest of the characteristics of the variety, they will have a reason to reconsider their decision, since the Podruga apple variety has a lot of advantages, which we will discuss in this article.

The Podruga apple variety was created in Krasnoyarsk at the OSB by crossing the variety "Borovinka"With" Ranetka Khatanga ", which in turn was obtained by crossing the Siberian apple tree and"Korobovki". The authors of the variety are N.N. Tikhonov and A.S. Tolmacheva. In 1964, the Podruga apple variety was accepted for the State Variety Trials and in 1986 was included in the State Register. Most often, trees of this variety can be found in the gardens of the Krasnoyarsk Territory, Yakutia, Tyumen, Novosibirsk and Omsk regions. The best results are achieved by gardeners in the southern part of the Krasnoyarsk Territory - it is here that the variety manifests all its strong qualities to the maximum.

Apple-tree Girlfriend: description of the variety and characteristics 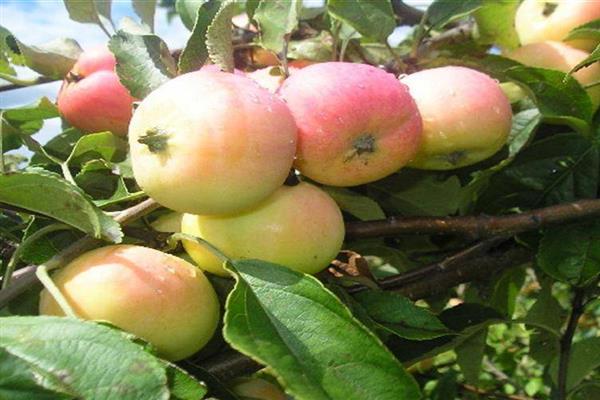 Apple-tree Girlfriend: photo of the variety

The apple tree Girlfriend is of medium size, with a rounded, medium leafy crown. The bark on the trunk and main branches is brown, the shoots are colored reddish-brown. The leaf plate is small, painted in a dark shade of green, shimmering with bluish. The large white flowers have a very strong scent. Fruits can be tied both on simple or complex ringlets and on fruit twigs.
The Podruga apple variety is self-fertile, so you need to select a pollinator variety for it in advance. The best candidates for this role will be “Lada», «Torch"," Pepinchik Krasnoyarsk "or"Zhivinka».

You can harvest the first harvest from the Girlfriend apple tree in the third or fourth year after planting the seedling. As we said at the very beginning of the article, the weight of the fruit does not exceed 40 grams. Their yellow-green skin with a reddish "blush" is covered with a waxy coating, the creamy juicy pulp has a dense texture and sour-sweet spicy taste, contains a large amount of juice and has a light pleasant aroma.

Harvest from the Girlfriend's apple tree is harvested in the first decade of September, depending on the weather conditions of the current year, 30-50 kilograms of fruit can be harvested from the tree. Apples stick well to the tree and practically do not crumble, more than 50% of the fruits can be attributed to the first grade. In a cool storage, subject to all conditions, apples can be stored until mid-spring without losing their taste.

From a culinary point of view, the fruits of the Podruga apple tree are universal: they are good fresh, suitable for making juices and compotes, jam and baby puree. 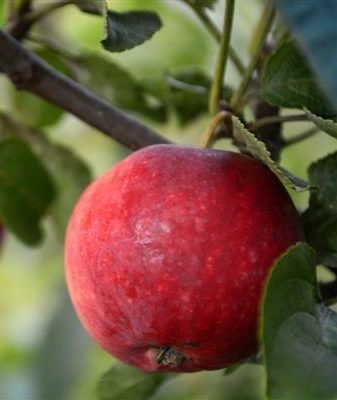 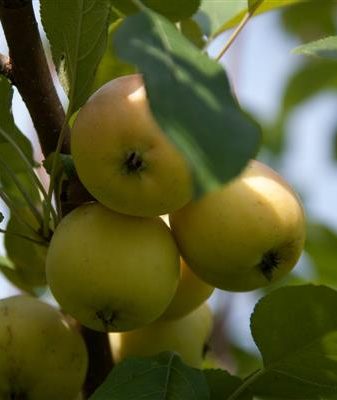 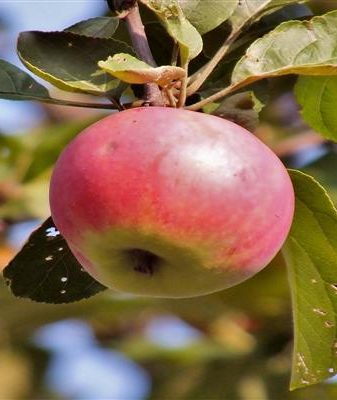