One of the most popular fruit trees on the site is the apple tree. The work of breeders does not stand still, and they continue to develop new varieties of apple trees that have or other features, differ in different characteristics from each other and are adapted to growing in different weather conditions, depending on the region. In this article, we will consider the Malt Bagaevsky apple tree, which is a product of folk selection. If you decide to grow this variety on your site, you should familiarize yourself with the rules for planting and caring for this crop.

The Malt Bagaevsky apple tree was discovered at the beginning of the 20th century by one family from the village of Bagaevka, Saratov region. This variety was featured in a book by a scientist who described several forms of the variety. Among them are gray, yellow, pink, striped, onion and others.

The exact name of the varieties with which the culture was bred is unknown. However, it is believed that the apple tree Anis and Malt Gray became the basis for breeding the variety, since this variety combines the characteristics of these particular plants. 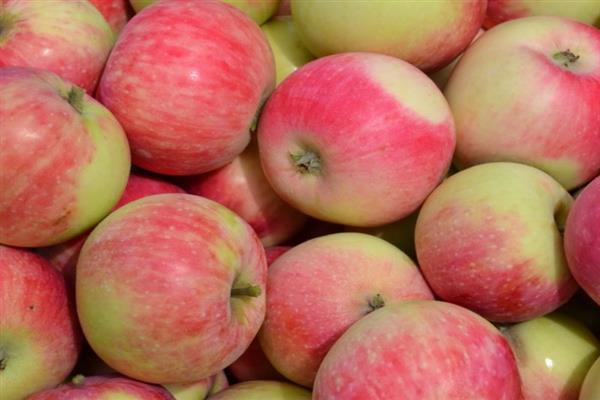 Like any apple variety, Malt Bagaevsky has both advantages and disadvantages. The advantages include a long life of the plant, a large amount of the brought yield, high external and taste qualities of fruits, high rates of plant productivity, as well as resistance to heat and drought, and to severe frosts. In addition, the tree has a fairly long fruiting period.

The disadvantages of the Malt Bagaevsky apple tree include low immunity to diseases caused by a fungus, as well as a short shelf life of fruits.

The skeletal branches are quite spreading here and form a large angle in relation to the trunk. The crown has a wide flattened shape. Every year the branches of the apple tree grow by 8 cm, thanks to the growth of apical buds, as well as lateral ones.

The harvest of the tree is not stable. So every year its number may change or be absent altogether. To prevent this from happening, you should pay more attention to the apple tree.

In general, the yield here depends on the size of the tree, as well as on the weather conditions of the region where the plant is grown. If the apple tree grows in conditions suitable for it, and care must be taken after it, then more than 100 kg of fruits can be harvested from one tree.

The weight of each fruit here is about 100 grams. At the same time, the apples have a rounded shape. The peel has a green tint. However, half of the fruit's surface is covered with a bright, streaky blush. The apple pulp has a sweet taste and a light shade. Experts estimate the taste and appearance of apples at 4.6 points.

General characteristics of the plant

The plant has good winter hardiness and regenerates very quickly, even if its tissues are frozen in a harsh winter or return spring frosts. Thus, the plant can withstand a drop in temperature even to 25 degrees below zero.

The Malt Bagaevsky apple variety is self-fertile, therefore, for its fruiting, other pollinating varieties should also be planted on the site. The best option would be Papirovka, Antonovka, Anise striped and other varieties that bloom at the same time.

The crop can be harvested as early as five or six years after planting. Sometimes it happened that the apple tree begins to bear fruit earlier. The fruiting period of the plant is quite long. Apples are mainly formed on fruit twigs and ringlets.

The Malt Bagaevsky apple tree begins to bloom in late spring. In this case, the flowers are formed large and white. The crop is harvested at the end of summer, after which the fruits can ripen for about 7 more days. Apples are well tolerated over long distances, but their short shelf life should be taken into account. Within a month, the fruits can change the external and taste properties.

Since the tree is characterized by low resistance to diseases, in a too rainy summer, the plant can infect the scab, as well as fruit rot. Black cancer very rarely affects the Malt Bagaevsky apple variety. 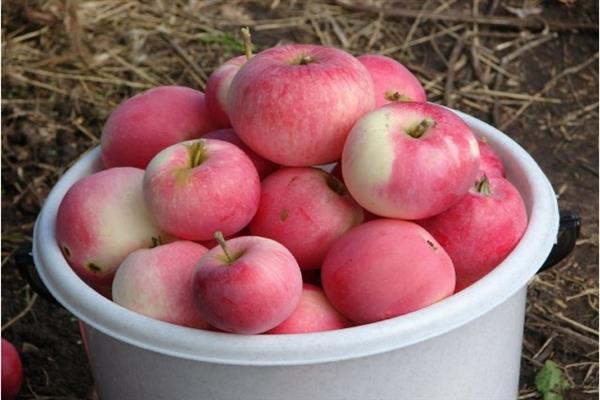 The optimal time for planting the Malt Bagaevsky apple variety is autumn, after the trees have already dropped their foliage. Here the plant will just have time to adapt to new conditions and winter well. The soil should be light, loose. You should first prepare a planting pit, which will be about 80 cm wide and deep.

The top layer of the soil should be thoroughly mixed with organic fertilizers, peat and humus. After that, the mixture is poured into the pit, and it is first necessary to install a support peg, near which the seedling is placed, carefully distributing the root system along the sides. Next, the hole is buried with the remaining soil, the tree is tied to a support and watered abundantly after planting.

If you have other landings on the site, then the distance between them should be at least 4 or 5 meters. So the tree will have enough sunlight and nutrients. From vigorous trees with a large crown, you should retreat about 7 or 8 meters. And from compact crops it will be enough to retreat even 3 meters.

In order for a tree to grow well, develop and bear fruit, it is imperative to take care of it. Care here comes down to regular watering, especially in dry summer, annual crown formation, protection of plants from various diseases and insect pests, as well as timely feeding of the tree.

Complex solutions of ash, copper sulfate are used as fertilizers. From organic fertilizers, a solution of poultry manure and manure is used. Organic matter is especially good in the first years of the tree's life.

Pruning should be done in the spring before sap begins to flow. At the same time, all dry, damaged and old branches must be removed, forming the correct crown of the tree. All other shoots are shortened by a third.

The optimal climate for the Malt Bagaevsky apple variety is the climate of the Saratov region, since this region has favorable weather conditions, as well as suitable soil. Thanks to this, the tree has a large number of fruits of excellent taste.

In addition to the Saratov region, the apple tree is grown in the Northern Volga region, as well as in the central zone of Russia. The tree has good resistance to both dry summers and harsh winters, therefore it is often grown in gardens in the southern part of the country.

The Malt Bagaevsky apple variety is an excellent option for planting. Observing the simple rules of care, and paying due attention to the tree, even a novice gardener can grow this culture. In response, the apple tree will bear fruit abundantly, and the harvest will have a pleasant taste.

Those gardeners who have already grown the Malt Bagaevsky apple variety on their site note that the tree has an average yield and irregular fruiting.However, if you follow agricultural techniques and feed the plant in a timely manner, then the amount of yield increases significantly, as well as the taste of the fruits.

Other gardeners also appreciate the external and taste qualities of the fruits of the Malt Bagaevsky apple tree, which they use both fresh and for conservation. Juices, preserves, marmalades and marshmallows are very tasty from apples.

In addition, connoisseurs of apples note that the Malt Bagaevsky apple tree is quite unpretentious and quickly responds to treatment after diseases. The harvest is plentiful, and the apples have a pronounced pleasant aroma. At the same time, a short shelf life of fruits is distinguished from the disadvantages, so the crop should be processed immediately after harvest.

Rechsteineria: description, rules of care in the home garden + photo

Primula (or Primrose spring) - characteristic of the variety 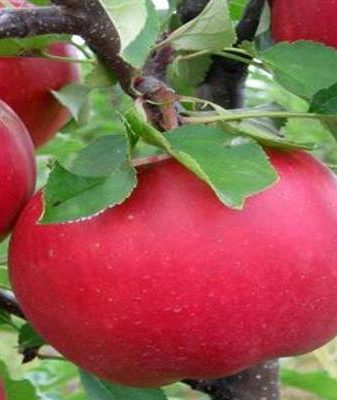 Apple tree Lada
The apple tree is a very popular fruit tree that can be found on almost every ... 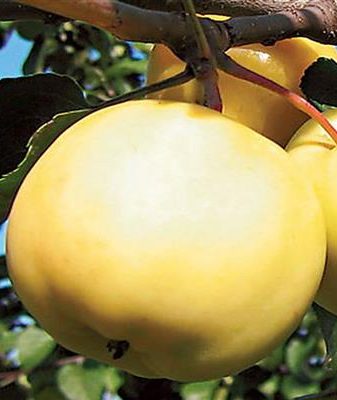 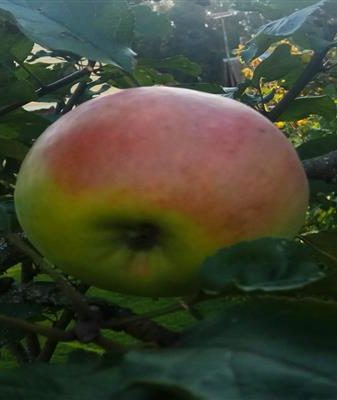