The apple tree Pepinchik's daughter is a winter variety, the harvest is harvested on September days, apples are stored in favorable conditions until the first days of March.

Apple tree Pepinchik's daughter: description of the variety and characteristics 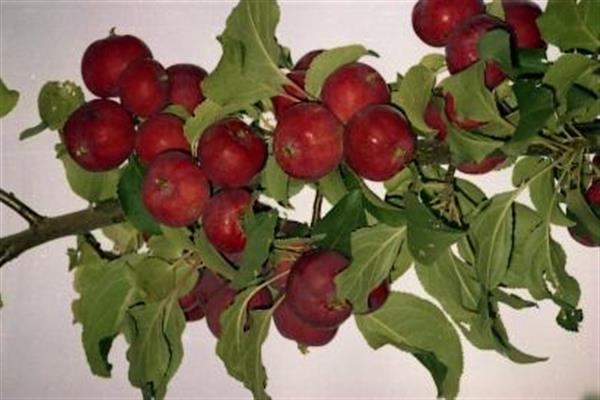 Semi-dwarf apple trees are small trees, it is comfortable to remove fruits from them, and they can also be planted much closer to each other, approximately with an interval of two meters.

Apple tree Pepinchik's daughter is a semi-dwarf tree, its crown is medium-dense, rounded, medium-sized leaves. Cream colored flowers. Young shoots in the form of an arc.

The apple variety Pepinchik's daughter was bred on the basis of the Krasnoyarsk experimental selection station.

To obtain the variety, the Pepinchik Krasnoyarsk variety was pollinated with the pollen of Podruga, Tungus, Yellow filling, and Lantern.

That is why the apple variety is called - "Pepinchik's Daughter".

In addition to the Krasnoyarsk Territory (the variety is listed in the register of varieties of Eastern Siberia), this apple variety is successfully grown everywhere in the Siberian, Ural regions and in the northwestern territory of our country, since the apple tree Pepinchik's daughter has resistance to frost, it can be cultivated in the north, and in the south, of course.

In these territories, such apple varieties are successfully grown as: "Altynai", "Gornoaltayskiy", "Hornist", "Altayskaya Bagryanaya", "In memory of a warrior".

One apple tree Pepinchik's daughter bears up to one hundred kg of fruits. Begins to bear fruit regularly from the age of 4.

Fruits are stored in wooden containers (in boxes, barrels) or in containers made of vine (in baskets, boxes), under low temperature conditions in a cellar or pantry, separately from other fruit and vegetable crops.

The air must be humid; however, excessive humidity can cause mold to develop.

These are helpers for pollination of the variety we are considering. If the right neighbors are planted, then the yield indicator can greatly increase.

Proper planting is required for good growth and successful fruiting of the tree.

By tradition, in our country, apple trees are often planted in the spring season.

This is a more optimal period for the variety we are considering.

However, sometimes it is possible to purchase a suitable variety only in the fall season.

In this situation, it is necessary to plant the apple tree early, before the last days of September, about thirty days before frost.

The close location of groundwater is especially dangerous for plants, in this regard, trees are planted on a hill, if it is not possible, then closer to the grooves, in them there is a partial drainage of groundwater.

For young apple trees, it will be useful to coexist with vegetable plants, because procedures with garden crops are also beneficial for apple trees. What kind of procedures: weed, loosen, mulch the soil, add organic matter and minerals, water the plants.

In this regard, in the first years after planting, vegetable and flower berries are arranged in the aisle.

A hole is dug in the form of a square sixty cm deep, if possible, it is advisable to dig a hole seven days before planting a plant, a compost, humus fertilizer, peat is placed on the bottom of the hole, in this form the hole remains to settle.

When planting, the seedling is buried in such a way that the root collar is 5 cm above the surface soil layer.

After planting, watering is carried out, about 5 buckets of water are taken for one apple tree.

If you plant an apple tree in the summer, then it should be watered regularly until the August days, the procedures are carried out about 1 time in 3 weeks.

In the spring season, it is imperative to prune the tree, thanks to this, the yield will be normalized so that the tree does not break.

To this end, old heavy branches are removed, young ones are shortened, so the tree will not be overloaded with apples.

In the spring season, the plant is fed with urea by the root method or it is sprayed.

Under the apple tree itself, annual herbaceous siderates are sown, in autumn the soil is dug up together with this grass, this promotes decay, then the compost can be used for fertilizing.

In summer, watering is carried out more than once, in drought it is often, approximately 2 times in seven days.

In dwarfs and semi-dwarfs, the root system is superficial, in this regard, it is necessary to make a shelter for the winter.

The apple variety Pepinchik's daughter has immunity to diseases and resistance to harmful insects, in this regard, it will be said mainly about preventive measures.

You can also use modern drugs to protect the culture, but this method is more environmentally friendly.

The apple tree Pepinchik's daughter gives good yields, has an excellent taste, the fruits can be stored, as well as processed, cooked jam, jam, dried.

Seedlings of pumpkins, zucchini: how to distinguish seedlings and seeds, signs

Carrot fly: how to treat carrots from this pest 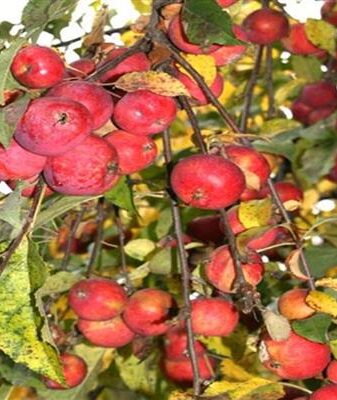 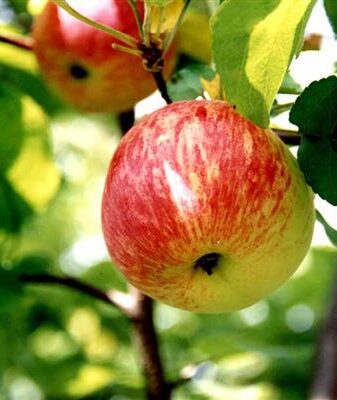 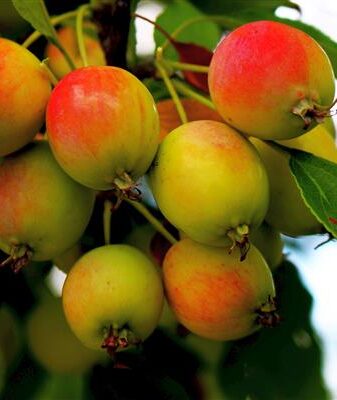