The Boyken apple tree is a winter apple variety, also known as Late Winter. To date, its use has declined sharply: in large industrial horticultural farms, it is not grown, remaining only in frequent backyards. To a greater extent, it is common among gardeners in Ukraine and Moldova. However, in the southern regions of Russia with similar climatic features, it was replaced by the variety “Renet Simirenko". This article will focus on the main characteristics of the "Boyken" variety, its strengths and weaknesses.

The Boyken apple tree has been known for a long time - this variety was bred by German breeders who created a hybrid characterized by a high degree of winter hardiness. 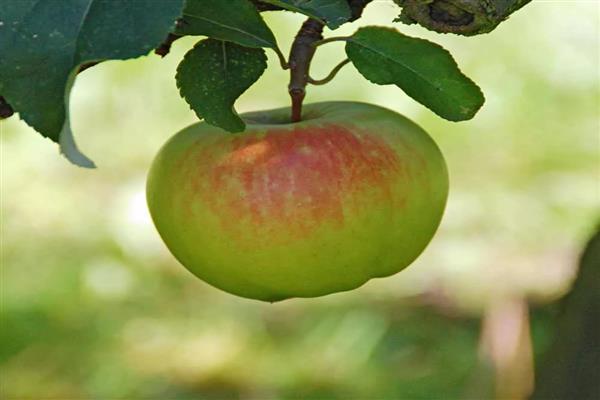 Apple trees of the Boyken variety are characterized by high growth, which significantly complicates their care and harvesting. At the age of 25 years, the height of a tree of this variety can reach 9.5 m. Another distinctive feature of Boyken apple trees is a dense crown, which has a spherical shape.

The shoots of the Boyken apple-tree of the weakly genital type are colored gray-brown and covered with the edge. Medium-sized green leaf plates are characterized by an oblong or ovoid shape with wavy edges with serrated-crenate teeth. The lower part of the leaves, as a rule, is covered with a sparse and short edge. Boyken's leaves are attached to the shoots by means of medium-sized petioles surrounded by tiny stipules. In some cases, stipules are absent.

The Boyken apple varieties are classified as large or medium-sized. Their average weight ranges from 150 to 200 g. They have a rounded-conical shape, expressed closer to the apex of the rib, and they are also slightly flattened. In the phase of removable maturity, their skin is colored light green; upon reaching removable maturity, its color changes to yellow-green. Also on those sides of the fruit that are exposed to sunlight, there is a barely noticeable pink tan with blurred contours. The dense glossy skin of Boyken apples becomes covered with an oily bloom during storage. The fruits are attached to the branches by means of a short or slightly elongated peduncle.

The white fibrous part of the Boyken apple variety has a light green hue and a pronounced pleasant aroma. It is characterized by a sweet and sour taste bouquet, and often the acid content in the pulp is increased, which reduces the commercial quality of the fruit.

Apple Boyken: features of the variety

Apple trees of the Boyken variety are characterized by early maturity, as well as high yields. The first fruiting of apple trees of this variety falls on the 5-7 season of growing the tree. The ripening period for apples occurs in autumn and lasts from the second half of September to mid-October. The shelf life of the fruits differs in duration: without losing their commercial qualities, the Boyken apples can lie until May. They are also characterized by the ability to tolerate transportation well. As for the volume of the harvest, adult trees, depending on the region of their cultivation, can bear up to 600 kg of fruits over the age of 19 years. The best results are given by the "Boyken" apple trees grown in the Kuban.

The best varieties for pollination of Boyken apple trees are the old variety "Renet Simirenko", which have long been known varieties of English origin "Pepin London", Also called"Tsar's Calvil", and "Parmen winter gold", Ukrainian variety"Calvil snow"And Austrian" White Rosemary ". The Boyken apple variety itself successfully acts as a pollinator for other apple varieties with a similar flowering period.

In addition to early maturity and high harvest volumes, the Boyken apple variety has a number of advantages that allow it to be grown in regions with a cold climate. First of all, we are talking about winter hardiness, however, it tolerates drought well. The Boyken apple tree is weakly affected by such common fungal diseases among fruit crops as scab and fruit rot. Also, this variety is characterized by a long shelf life of fruits and their ability to withstand transportation without damaging the skin.

The weaknesses of the Boyken apple variety include the susceptibility of its ripe fruits to infection with bitter rot during storage. However, this variety also has more significant drawbacks, due to which it has ceased to be popular among gardeners in Europe and Russia. First of all, these are the low commercial qualities of Boyken apples. They are not very attractive in appearance, and also often, even when ripe, taste too sour.

The Boyken apple variety boasts early maturity, winter hardiness and immunity to some fungal infections, as well as impressive harvest volumes. In addition, apples of this variety can be stored for a long time and tolerate transportation well.

However, these advantages of the Boyken apple variety could not compensate for such significant disadvantages as the mediocre commercial qualities of its apples and the high growth of trees. For this reason, the Boyken apple tree has not become widespread and today is grown only in small, frequent gardens in the southeastern part of Ukraine, in Moldova and, to a lesser extent, in the south of Russia.

Pea peas: causes and treatment, how to deal with peas 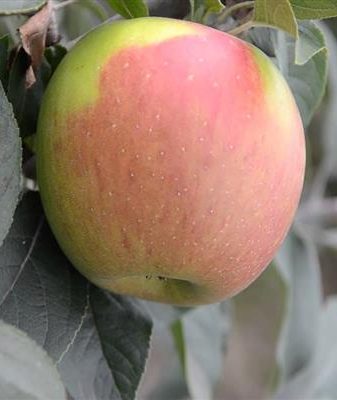 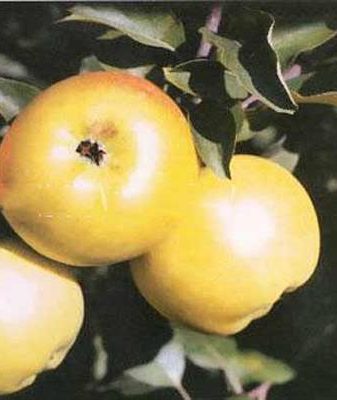