When did you start growing honeysuckle?

Growing honeysuckle is a relatively new phenomenon. If, for example, potatoes were grown in Russia since the time of Peter the Great, then honeysuckle bushes began to be planted only in the 20th century. Over time, the culture took root in Russia and became more popular among gardeners. The reason for this is the unpretentiousness of honeysuckle in care, its beneficial properties, as well as its unusual taste.

Honeysuckle is a long-lived shrub and can grow up to twenty-five years old. To keep the bush as long as possible, you need to carefully choose a place for planting it. The most suitable for the growth of honeysuckle is considered an open place in which there will be a shadow (it can move away from the house or from other shrubs standing nearby).

Where does honeysuckle not grow?

You should be aware that the cultivation of honeysuckle is impossible in those places, which are characterized by high groundwater. But don't despair; in such places, honeysuckle can be planted on a small natural or artificially created mound (but only taking into account the fact that the roots of honeysuckle can penetrate eighty centimeters into the ground).

Features of the root system of honeysuckle

Honeysuckle roots can extend horizontally up to three meters in length. Based on this, the hole for planting must be made wide enough, but not deep. You should also know that a bush such as honeysuckle develops extremely slowly, and can only grow under the condition of well-cultivated soil without weeds. In the first three years, the shrub is just beginning to form its root system, and only then does it begin to grow and bear fruit. The honeysuckle bush can give its maximum number of berries only by the age of eighteen.

Growing and caring for honeysuckle outdoors

However, in care, honeysuckle is quite unpretentious and even simple. Even during the period of spring frosts, which can lead to the death of many fruits that have not yet grown, small honeysuckle buds can survive.Honeysuckle is rumored to be able to withstand even the arctic cold. We do not know whether it is true or not, but one thing is clear that honeysuckle can bear fruit, despite many climatic conditions destructive for other crops.

How to feed honeysuckle?

Special care should be taken when caring for honeysuckle in late spring and early summer. It was during this period that a significant growth of shoots occurs in the shrub and the first berries appear. Therefore, additional feeding is indispensable. Usually, it is customary to feed honeysuckle with nitrogen fertilizers. It is believed that not only will they not lead to a slowdown in growth, but, on the contrary, are able to accelerate it. Every year (regardless of whether the fruits appeared on the honeysuckle or not), it is necessary to sprinkle the roots of the bush with humus, and during the flowering of the bush, water it with ash (only pre-infused).

So that the years of waiting for a rich harvest are not in vain, the berries must be picked in a timely manner. This should be taken into account, because there are quite a few varieties of habitability that ripen unevenly, and by the time some berries are not yet ripe, others have already fallen from the bush.

But often the branches of the bush are so tightly pressed to each other and so entangled with each other that it can take a lot of time to inspect which berries can be picked and which ones are not yet ripe, and this is usually not enough for most summer residents. Therefore, cunning gardeners have come up with a fairly simple way. It is necessary to spread a matting under the bush (dense fabric with a rough surface) and simply clasp the branches of the honeysuckle with your hands and gently shake them. The berries that are already ripe will fall by themselves.

Also, in caring for this shrub, pruning of branches is needed, which can be started as early as March. To begin with, cut off the uppermost part of the shoots (this must be done for tillering). It is necessary to trim the tops once, since a lot of berries will concentrate on the remaining branches later. In the first ten years, only the so-called sanitary machining of the shrub can be carried out (cut out dried branches, carefully remove the broken ones with pruning shears). After the first ten years, thinning pruning is performed every subsequent two years.

Honeysuckle can reproduce both by seeds and by cuttings and layering. Vegetative reproduction is used more often. It is believed that with this type of reproduction, the bushes begin to bear fruit much faster.

The best reproduction method is rightfully considered to be propagation by layering. In spring, young shoots are bent to small artificially dug holes. Further, the shoot is completely covered with earth loosened in advance. You can put a thick stick next to it (it is needed so that the shoot grows exactly vertically without being pulled to the side). During the summer, new shoots will appear from recently covered shoots, they also need to be looked after and watered.

And only in the fall, when young shoots take root and begin an independent life, they can be dug up and transplanted to any other place (not forgetting about the conditions that must be met when choosing a site for planting, which we talked about above).

Cutting propagation is subdivided into green and woody.

The green cuttings should be cut in late spring. After flowering, cut off the tops of the green shoots and place them in the water.

Having retreated a small distance from the lowest kidney, you need to make an oblique cut. In the future, it is from this bud that new roots will grow in the earth.

Woody cuttings are cut in the fall, at a time when the foliage has already been dropped and stored on the balcony or in the refrigerator until spring, and in the fall they are planted in a greenhouse, where they begin to take root well in a warm environment.

Growing honeysuckle from seeds in the open field

Honeysuckle can also be grown from seeds, but it is necessary to plant the seeds only in fertile soil and only at the beginning of spring, and then cover it with peat and place the jars of sown seeds in a bright warm place and wait for the germination of the first shoots (about a month after planting). Already in the summer they are transplanted into the garden and, not forgetting about leaving, they continue to monitor them, albeit not so rapid, but confident growth.

Do not forget about the possibility of a disease of honeysuckle or an attack on it by various pests. Berries can be pecked by birds, and the roots can be damaged by hares or rats. Therefore, it is necessary to carefully monitor the "state of health" of the shrub and to prevent its physical or chemical damage, then the cultivation of honeysuckle will bring a rich harvest of delicious berries.

Caring for red currants: we care properly in spring and autumn

Zucchini in the open field: rules for watering and growing with a photo 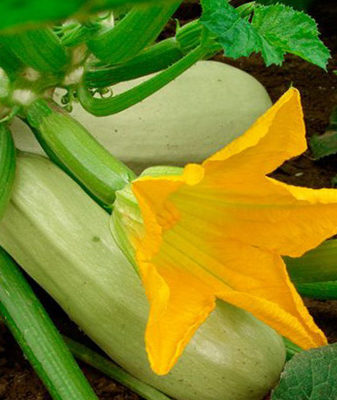 Zucchini - growing, care, collection and storage of crops
Zucchini belongs to the annual plants of the pumpkin family, it comes from Mexico, but they are excellent ... 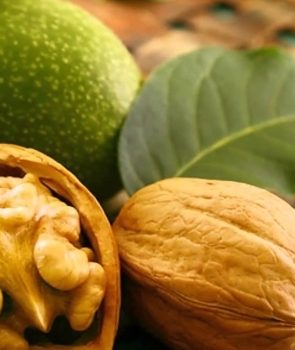 Walnut - planting and growing, winter-hardy varieties, reproduction.
Walnut is a tall deciduous tree of the Walnut family. It is originally from Greece. The name says ... 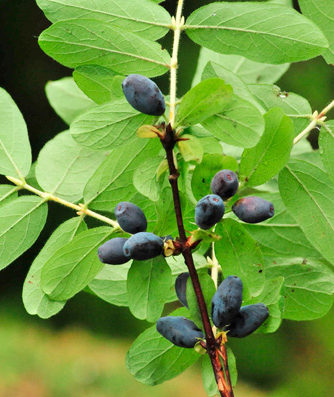 Where and how to plant honeysuckle?
Honeysuckle is a shrub by nature. It can be of two types - edible and non-edible ...
×