Cherry Rusinka was developed at VSTISP and the Suzdal state section of the Vladimir region, thanks to the work of specialists A.M. Mikheev and V.P. Yagunov. 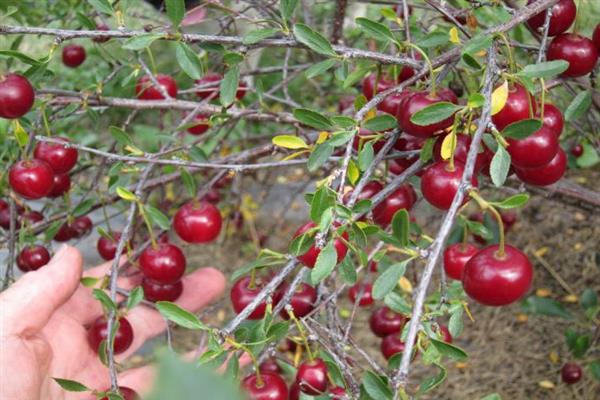 Cherry Rusinka: photo of the variety

The tree of the Rusinka cherry variety grows of ordinary dimensions, about two hundred centimeters, the crown is in the form of a regular circle, slightly drooping, the crown density is assessed as average, like foliage. The standard bark is dark gray in color with elongated cracks. The branches growing on the sides grow almost strictly horizontally. The color of the bark is light brown. There are a small number of lentils. The buds from the branches move slightly. The foliage is shaped like an inverted egg, the size is ordinary. The color of the leaf plate is dark green. The upper part of the sheet plate has a certain sharpening, the base is in the form of a wide wedge-shaped. The foliage is slightly curved in relation to the middle vein. The foliage is leathery in consistency. The front side of the sheet is not glossy. The back of the foliage does not have any pubescence. At the edges of the foliage it has a double-crenate serration. The petiole is of an ordinary size, without pigmentation. The glands are not observed. Each inflorescence contains a small number of flowers. Corolla of ordinary size, not bulky. The petals are of a snow-white color, the shape of a wide regular oval, there is a slight corrugation, they are located freely. The stigma of the pistils is small, located slightly higher or slightly lower than the anthers. There are a large number of small stamens. The cup is shaped like a glass. Sepals show no serration. Small pistil. Colored stem of ordinary size, bracts are present. Cherry variety Rusinka bears harvest most often on bouquet shoots.

Cherry Rusinka: characteristic of the variety

The harvest of the Rusinka cherry variety is of ordinary size, most often the mass of one fruit reaches three point and four tenths of a gram, in a shape that resembles a wide heart. The skin and flesh of the fruit has an identical color, namely dark red, but the juice is lighter than the flesh. The firmness of the pulp is assessed as ordinary. The fruit stem is of an ordinary size, the stipules are large. The stone is in the form of a regular oval, large in size, ordinary diameter, and small in thickness, most often the size reaches twenty-eight hundredths of a gram, and this is eight point and two tenths of a percent of the total mass of one fruit, the color is light brown. The fruit stem is torn off from the fruit without the release of juice. The flesh of Rusinka cherries has a dark red color, is filled with juice, tastes sweet and sour at the same time, tasters rated the taste of this cherry variety at four points on a five-point system. The juice is also dark red. The bone is removed well from the pulp. This variety of cherries is mainly used for technical purposes. Rusinka cherries contain: 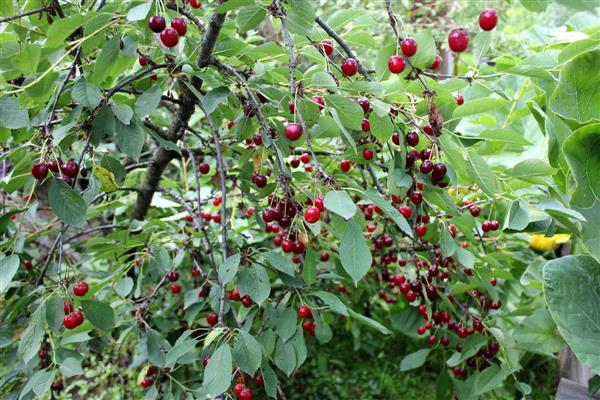 Cherry Rusinka: photo of the variety

Cherry Rusinka is of ordinary flowering time, but the fruits ripen late. The harvest ripens at different times. This fruit crop begins to bear crops when it reaches the age of three to four years.This variety brings a crop every year. This variety of cherries is self-fertile, brings a large amount of harvest, approximately eight to ten kilograms from each fruit tree. The level of cold resistance of the Rusinka cherry variety is high, but the wood has a low level of cold resistance. Inflorescences and flowers have a normal level of cold resistance. This cherry variety has a normal level of drought and heat tolerance. Cherry Rusinka has an ordinary level of resistance to various fungal diseases, the level of damage is estimated at one and a half to two points.

Apple multivitamin: reviews, description, ALL secrets of the variety with photos

Apple tree Anis Scarlet: ALL the secrets of growing with a description and photo 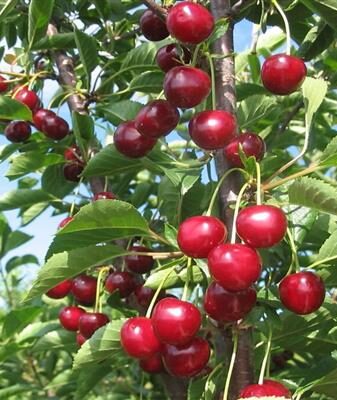 Cherry Igritskaya
It is rare now to meet a farmer who does not grow cherries on his backyard ... 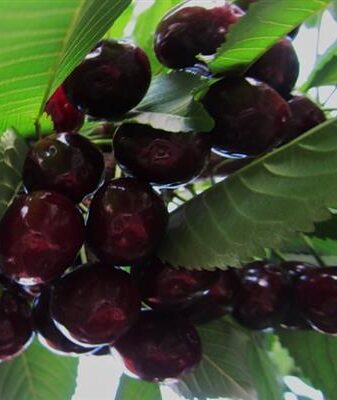 Cherry Melody
Cherry Melody was bred at the Dubovsky support point of the NV Research Institute of Agriculture, by such breeders as ... 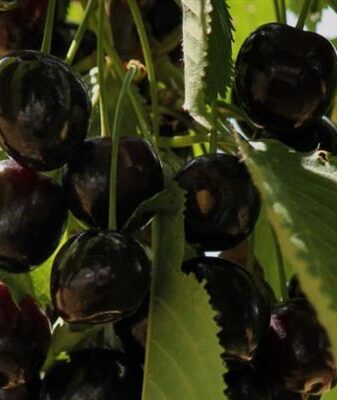 Cherry Rossoshanskaya black
In short, about the features of this subspecies of cherry, it is compactness, high level ...
×