Cherry Loznovskaya was developed at the Dubovsky support point of the NV Research Institute of Agriculture, thanks to the selection specialists L.K. Zhukova and R.V. Korneev. To obtain this variety of cherries, such varieties of cherries were crossed as “Zhukovskaya" and "lubskaya". Cherry varieties Loznovskaya added to the state register in 1997 for the Lower Volga region. 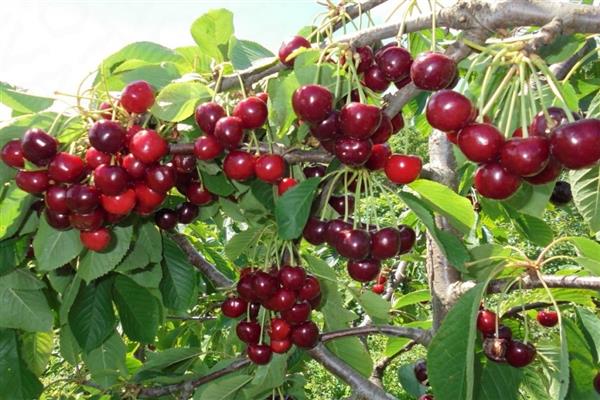 Cherry Loznovskaya: photo of the variety

The tree of the Loznovskaya cherry variety grows of ordinary size. Upon reaching the age of eight, most often it grows up to three hundred and twenty centimeters up, the crown has a width of about three hundred centimeters. Crown density is estimated as average, the shape of a regular circle, slightly raised. The main branches of the Loznovskaya cherry tree are curved, the color is red and brown at the same time, receding from the trunk at an acute angle, approximately seventy to seventy-five degrees. The stem bark has some peeling, just like on the branches, the color is gray and brown at the same time. Branches of ordinary size, rather thick, brownish color, crooked. The buds are located on the branches in a single copy, and sometimes in two, large, brownish color, are located to the branches at an acute angle, approximately forty-five degrees. The harvesting process is mixed, takes place on bouquet branches and annual branches. On the branches, the crop is in bunches. The leaf plates are of ordinary size, the shape resembles an inverted egg, slightly elongated, the color is dark green. At the edges, the leaf plate is wavy, with serrate-crenate serration. The foliage has a downward curved plate. The base is in the shape of a regular circle. The upper part has a certain sharpening, elongated. The foliage petiole is elongated, rather thick, pigmentation is present. The flowers are of ordinary size, white in color, in the shape of a bell. The fruit bud contains four to six flowers. The calyx is pinkish in color.

The yield of the Loznovskaya cherry variety is quite large, usually the weight of each fruit reaches six point and six tenths of a gram, in the form of a regular circle, the color is dark red. The fruit stem is of an ordinary size, rather thick. The seam is not pronounced. The skin is glossy, slightly lagging behind. The pulp is dark red in color, quite tender, filled with juice, sour and sweet to taste at the same time, amazing taste. The juice has an intense color. The stone is removed without any problems from the pulp, of an ordinary size, in the form of a regular circle. Cherry Loznovskaya is a berry of universal application. Great for eating raw, making jams, preserves and compote. The fruits contain:

Cherry Loznovskaya: characteristic of the variety 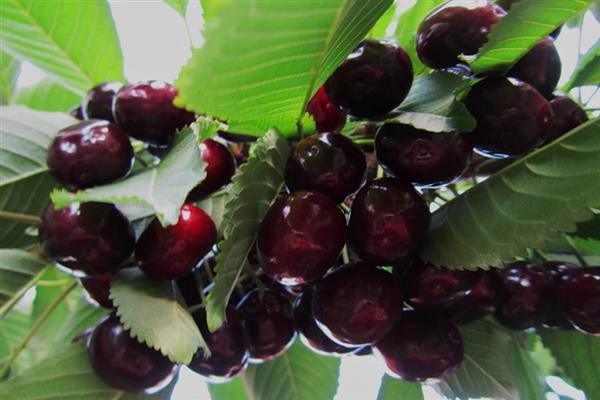 Cherry Loznovskaya: photo of the variety

Cherry Loznovskaya is self-fertile. It is recommended to plant pollinating varieties nearby:

Loznovskaya cherry begins to bear fruit when it reaches the age of three to four years. The harvest ripens in the third week of the first summer month. This variety of cherries bears a decent amount of fruit.Usually, when a fruit crop reaches the age of nine to twelve years, in four years it is possible to collect one hundred twenty-eight and a half centners from each hectare. This cherry variety has a decent level of cold tolerance. Frost does not damage the aerial parts of the shoots. This cherry variety boasts an excellent level of tolerance to most diseases.

Cherry Loznovskaya: the advantages of the variety

Advantages of the Loznovskaya cherry variety:

Tomato seeds: how to plant them properly in the soil?

Herbicide Lazurite from weeds: instructions for use video! 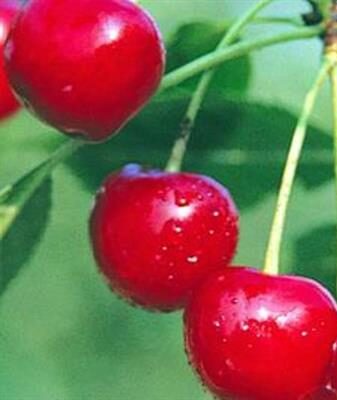 Cherry Orcolia
Cherries are a wonderful berry. Both adults and children love her. And gardeners just love to grow ... 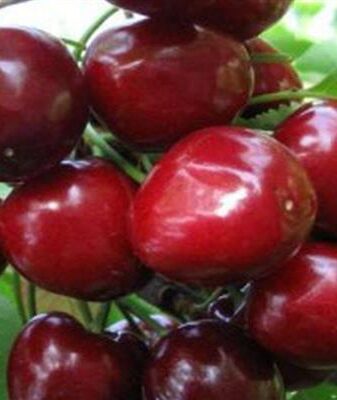 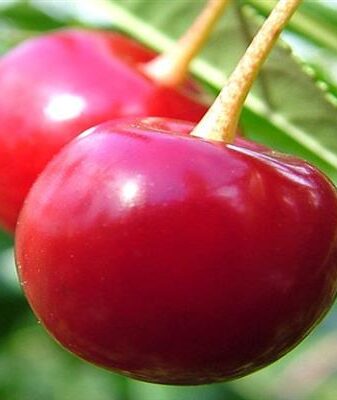