Cherry Bystrinka was obtained from combining such varieties as "Zhukovsky" and "Cinderella" at the All-Russian Research Institute for Breeding Fruit Crops, thanks to the work of a group of specialists in breeding A. F. Kolesnikov, M. V. Mikheev and G. B. Zhdanov. Cherry variety Bystrinka was added to the state register for the central region in 2004.

The Bystrinka cherry tree grows small, about two hundred to two hundred and fifty centimeters up. The crown has the shape of a regular ball, looks up, the density is estimated as medium. The branches are of ordinary size, grow straight, have a brown and brown color at the same time, are not covered with anything. There are few lentils, of ordinary size, the color is yellow. The bud has the shape of a regular oval, medium in size, noticeably departs from the branch. The foliage of the Bystrinka cherry has a shape resembling an inverted egg, green in color. The upper part has a blunt sharpening, the base is round in shape, along the edges of the foliage it has a serrate-crenate serration. The surface of the leaf is not glossy, has a few wrinkles, and is inclined towards the soil. The gland is observed in the amount of one or two pieces, which are located at the base of the sheet plate. The petiole is sixteen millimeters long, rather thin, has pigment. The number of flowers in the inflorescence is four. The rim is twenty-one and six millimeters wide, and the saucer-like shape is open. Petals of the Bystrinka cherry variety, white, touching. The stigma of the pistil is located slightly higher than the anthers. The pistil is six and eight millimeters long, and the stamens are seven and five millimeters long. The calyx is shaped like a bell; the sepals are strongly serrated. The Bystrinka cherry brings harvest on annual branches and bouquet branches. 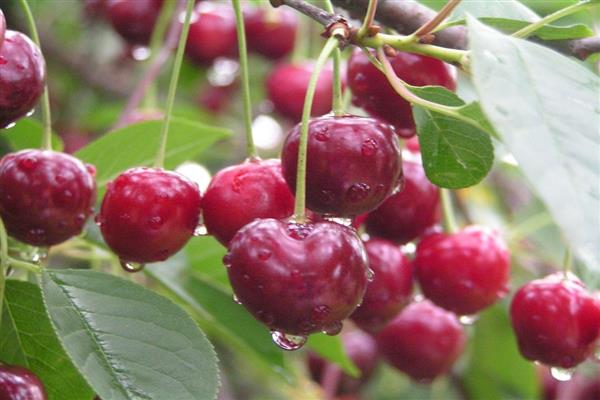 Cherry Bystrinka: photo of the variety

Most often, the mass of one cherry of the Bystrinka variety reaches three and a half - four and a half grams, the fruits are in the shape of a regular oval, the height reaches twenty one millimeters, the diameter is fourteen millimeters, and the thickness is twelve millimeters. The fruits have an ordinary funnel, the upper part is round in shape. The very harvest of Bystrinka cherries is dark red. The pulp is also dark red in color, the density is estimated as medium, filled with juice, which has a reddish color. The fruit leg of the Bystrinka cherry variety is twenty-six millimeters long, with an ordinary diameter. The stone has the shape of a regular oval, its mass reaches two tenths of a gram, and this is approximately five and a half percent of the total mass of one fruit, yellowish in color, the upper part is round, like the base, it is removed from the pulp without any difficulties.

The process of flowering cherry varieties Bystrinka occurs in the middle period, approximately in the fifteenth - eighteenth days of the last spring month.Ripening occurs on average, around the eighth - fifteenth of the second summer month. This fruit crop begins to produce a crop when it reaches the age of four years. This variety is partially self-fertile. The amount of the crop is ordinary, about eighty-three and a half centners per hectare, sometimes it is possible to get even one hundred centners per hectare. It is quite simple to remove Bystrinka cherries from the fruit stem. The level of resistance of this fruit crop to cold weather is ordinary, but the flower buds have a high level of winter hardiness. The level of resistance to various diseases is low, except for "coccomycosis", the level of resistance to it is ordinary.

Cherry Bystrinka is considered a universal cherry. Can be used for breeding, industry or for your own use.

Nemabakt: All the secrets of using the drug with photos and videos

How to feed a pumpkin: tips and examples of fertilizers 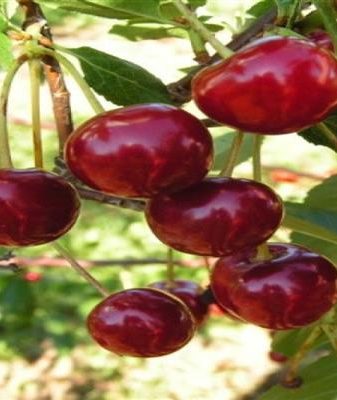 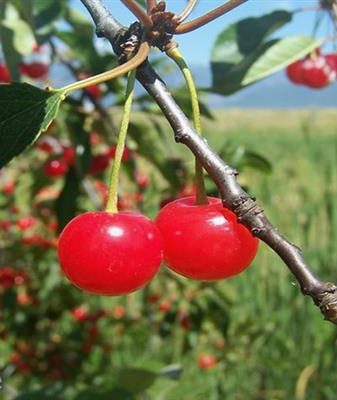 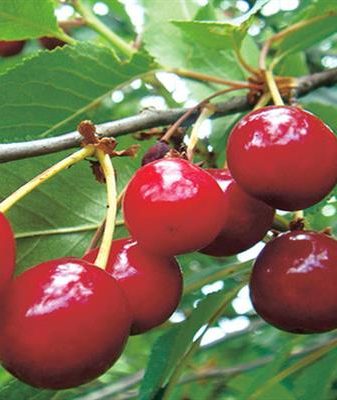