Vechernitsa - planting and care in the open field
481

Vechernitsa - planting and care in the open field 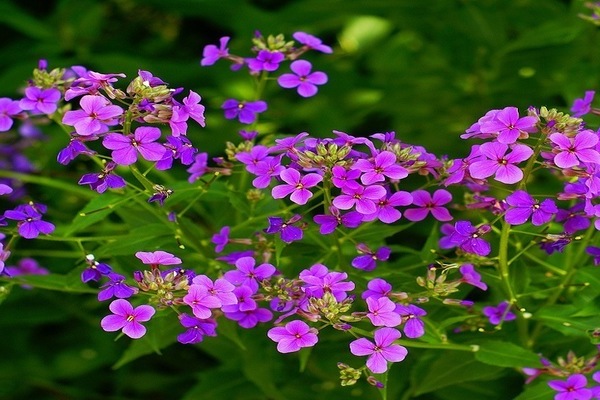 A bright, interesting plant that you can easily grow on your own.

Vechernitsa: description of the plant 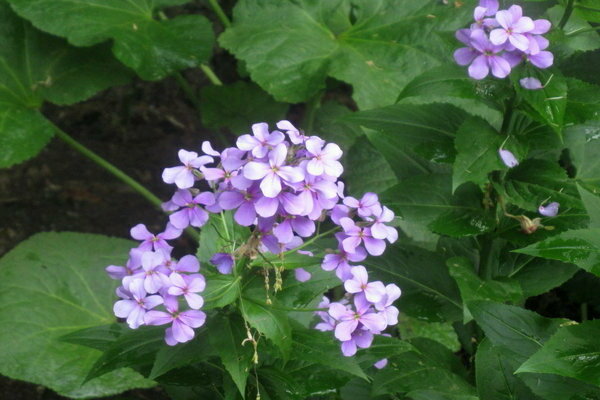 Vechernitsa (night violet) is usually a perennial herb-like plant. This representative of the cruciferous family is represented by more than thirty species. Plants are found in the Mediterranean, Central Asia and Europe. The name of nocturnal comes from the word "evening", scientists called the flower so because the aroma of the flower intensifies in the evening.

The green lyre-shaped leaves of nocturnal have serrated edges and are solidly petiolate. The height of straight stems is usually not less than half a meter and does not exceed one hundred and twenty centimeters. Pubescence is formed on top of the leaves and shoots. Small double flowers are collected in racemose inflorescences, can be lilac, white, pink or purple. The nocturnal fruit looks like a cylindrical pod with barely visible four ribs. During the first season, the plant develops a rosette, which is formed from the basal leaves. The stem and the flowers themselves are formed in the next season.

Gardeners often grow nocturnal plants first in seedlings, in which case the seeds should be sown in April. First you need to prepare containers for seedlings and fill a layer of earth there, then you need to distribute the seeds over the surface and place a layer of humus on top (one centimeter). After that, it is necessary to moisten the ground from a spray bottle with water at room temperature. The seedlings from above must be covered with a film, when the sprouts appear, after fifteen to twenty days the protection can be removed.

The soil in the container should be constantly slightly damp, it is important to monitor watering. When the formation of leaves begins, the plant must be taken out into the street, this is called hardening, the duration of the procedure must be gradually increased, and it should be carried out for half a month. After the end of this process, the grown plants can be transplanted into open soil.

The place should be well lit at all times, but slightly shady areas will also be a good solution. Neutral / slightly alkaline and loose humus is best suited for nocturnia. Before planting nocturnal, it is recommended to loosen the soil and, if necessary, add top dressing. For good growth, the distance between the bushes should not be less than half a meter. The hole should be sufficient for the root system and a clod of earth, do not forget about this. After planting, the plant needs high-quality watering.

You can sow nocturnal seeds directly into the ground. After sowing, the plant will bloom only after a year, so it is better to sow in late June - early July, when the ground is already warm enough. Before sowing nocturnal seeds, it is necessary to loosen the soil and make the necessary fertilizing, then submerge a certain amount of seeds to a shallow depth into the ground.

The first shoots will sprout in about a month; by the end of the season, the rosettes will be completed in the plants. At this point, you can transplant the plant to a permanent place or wait for next spring. It is necessary to leave the distance between landings at least half a meter. If everything is done correctly, the nocturnal will take root quickly and well, if you are replanting a flowering bush, there should be a moistened clod of earth on the roots.

How to properly care for your evening party?

Vechernitsa is simple enough for growing on the site. Requires timely watering and loosening of the soil after precipitation. Bushes require periodic feeding; if weeds form next to plants, they must be removed. Sometimes it may be necessary to install special supports if the inflorescences will bend the stems to the ground.

It is recommended to remove clusters of flowers after they have faded. If cold winters prevail in your area, you will need to cover the plant when cold weather approaches. You can cover it with non-woven materials and, as an option, with spruce "paws".

The nocturnal plant requires watering once a week; it is better to use warm water that has been in the sun. In summer, when the temperatures are high enough, watering should be done more often, respectively, with constant precipitation, watering should be limited. In waterlogged soil, the plant can be susceptible to root pests. Loosening and watering processes are best done in the morning.

All summer flowers need mineral fertilizers with a lot of nitrogen. In the year when the buds of the plant will form, it must be fed with liquid fertilizers or phosphorus and potassium supplements.

Vectares with simple flowers are propagated by germinating seeds, and if you have terry night violets, then they must be propagated by dividing the bush. If you collect nocturnal seeds from a bush and sow, a plant with simple flowers will grow. The division process is carried out in early spring or autumn. The bush is carefully pulled out of the ground and divided into several parts, the cuts are processed with a mixture of charcoal. The pieces that you have divided are planted in pre-prepared holes.

To preserve the roots of nocturnal in winter, they must be covered with mulch at the end of autumn.

Crucifers are susceptible to the same sources of damage, and nocturnal is no exception. Frequent pests are cabbage aphids, various caterpillars and larvae of various insects. To get rid of pests, insecticides are most often used; they are sold in specialized stores. It is better to choose a product that will get rid of insects, but at the same time will not spoil the plant itself and will not harm the environment.

Vectra sprouts can be prone to black stem. An adult plant can get sick with other fungal diseases (Fusarios, Alternaria, and so on). Vechernitsa is susceptible to bacterial diseases, but viral diseases are considered the most dangerous. Viruses are mosaic and blotchy. Now viruses are considered incurable, and fungi can be fought with fungicides. Bushes infected with something should be removed from the soil and processed as soon as possible. Nothing should be grown on this plot for several years.

With proper care, plants will be less susceptible to pests and diseases.

This is the most popular variety of this plant. Asia Minor and the Mediterranean are considered the birthplace of Matrona's nocturnal. This is a biennial variety. Usually the stems do not exceed a meter in height and at the top they branch out. The leaves of the matrona noch are oval-lanceolate, slightly toothed at the edges and slightly pubescent. The flowers are double, the diameter of the flowers is about twenty millimeters. Flowers are collected in inflorescences similar to cylinders. The flowers of Matrona's nocturnal scent are stronger in the evening and at night.

The popularity of the Siberian evening party is now growing. It is found in Altai and near the Yenisei. Height varies from thirty-five to one hundred and thirty centimeters. At the top, the stem forks. At the bottom of the plant, the leaves are larger and pubescent, at the top, the leaves are sessile and rather narrow.

Interesting! Gardeners distinguish a third type - yellow nocturnal. But this plant is only suitable for medicinal purposes.

Vechernitsa: photo of a plant 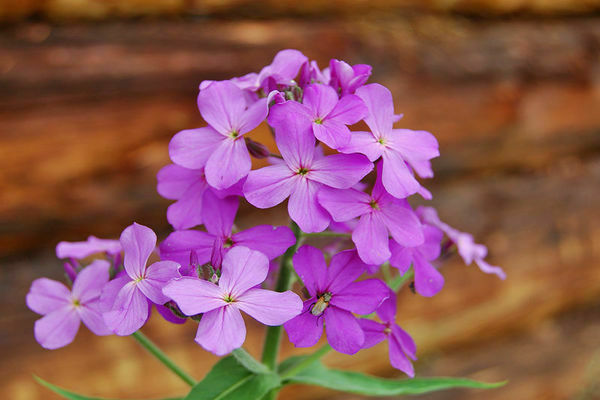 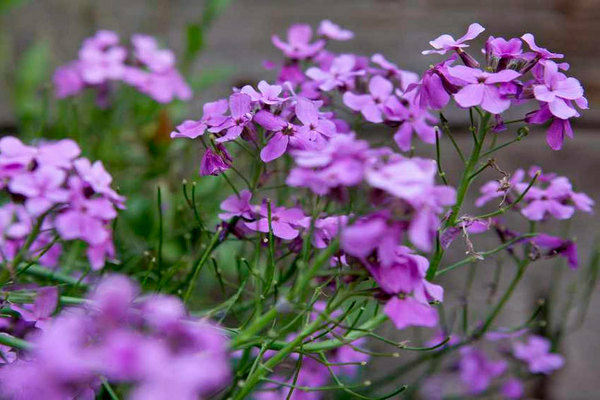 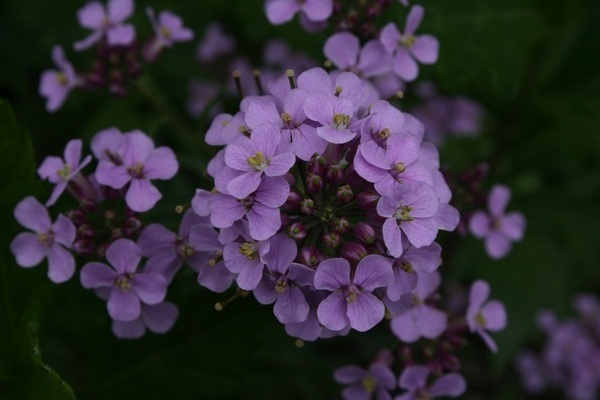 Rose "Sympathy": planting and care, feeding and preparation for winter 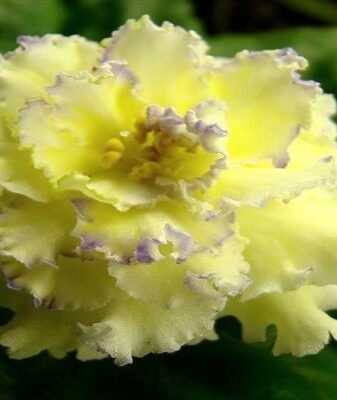 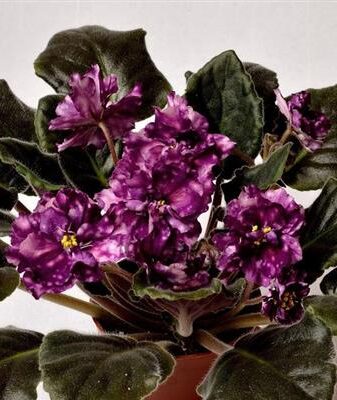 Violet milky way
Absolutely any gardener who has a passion for growing violets has his own ...
×