After diseases and harmful insects, weeds are one of the most basic problems that gardeners have to solve. Yes, undoubtedly some of it goes to the compost. But we have to weed and mow all summer. And sooner or later the question arises: what to do with all this grass? It turns out that you can make fertilizers from grass with your own hands.

Thanks to her, you can grow an excellent environmentally friendly harvest. You are solving several problems at the same time. You process weeds and fertilize your vegetable garden. All this happens with little effort and no financial investment.

Let's take a closer look at what herb can be used to make green manure. How to do it. And also how to use this fertilizer.

What fertilizer can be made from 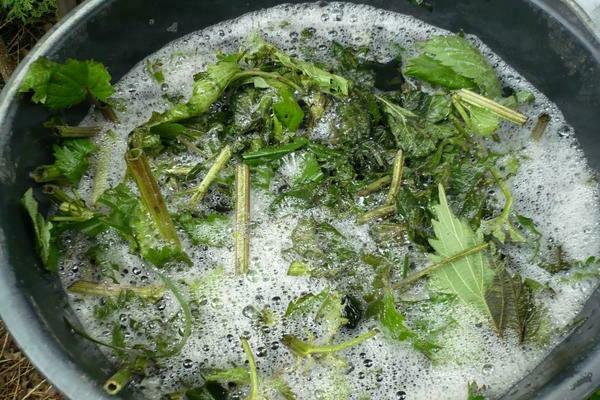 The advantage of this fertilizer is that any starting product can be used for it. Because weeds in your summer cottage are represented by a much larger number of species than cultivated plants. And all of them, without exception, are suitable for preparing green plant food. Although there is still an exception. Namely: hogweed. But I doubt anyone would want to mess with this monster.

All plant waste can be used for fertilization. Straw, carrot tops. And if you have nettles on the site, then consider yourself incredibly lucky. Because it is an excellent growth stimulant. And also on the basis of nettle, you can prepare a first-class fertilizer. All plants that absorb nitrogen can also be used. When preparing a liquid fertilizer, it ferments. And in the process of fermentation, a composition rich in nitrogen is obtained. The use of which helps plants to actively build up green mass. And also grow faster. 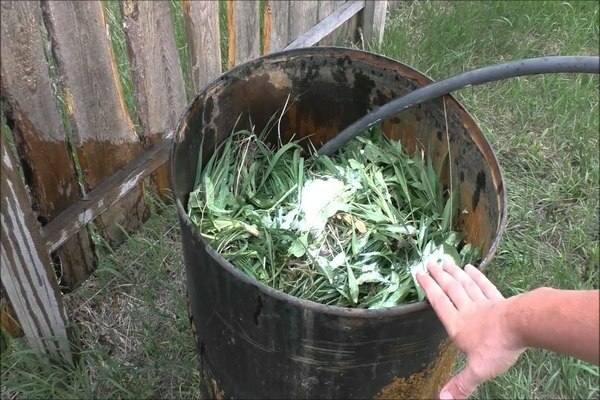 The preparation of plant nutrition for garden crops occurs simultaneously with the disposal of weeds after weeding. This is a definite plus in favor of such fertilization. We also note that you do not spend money on the purchase of nitrogen-containing fertilizers, which are so necessary for plants in the first half of summer. Because they will receive nitrogen from the prepared herbal fertilizer.

Organic matter is absorbed by the soil more slowly than mineral fertilizers. This means that it lingers longer in the upper soil layer. And the roots of plants have time to absorb a maximum of nutrients. In addition, green grass fertilizer will enrich the soil with nitrogen. It will also increase its fertility without negatively affecting the important microflora. 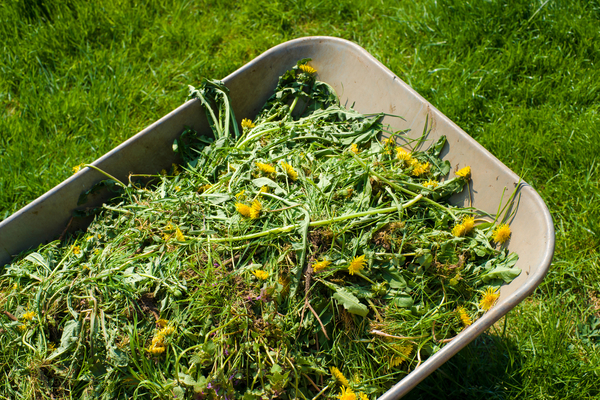 To begin with, it will take time to prepare the fertilizer. Since everything is based on the fermentation process, the process can take from 10 to 15 days. Once the fertilizer is ready, theoretically it can be stored for another week. But remember that fermentation does not stop. This means that instead of the initial useful nitrogen, every day we get an increasing amount of ammonia. Which in large quantities will bring harm rather than benefit.

So fertilizer with a weekly or more shelf life can no longer be used. It will bring maximum benefit immediately after preparation.So initially calculate the volume that needs to be prepared so that there is nothing superfluous left. 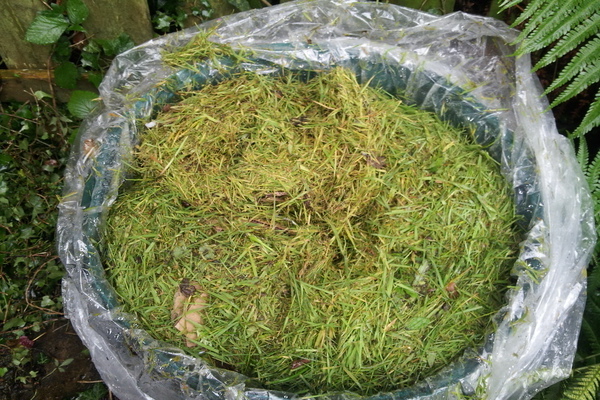 There are three options for using grass as fertilizer. In addition to composting, you can fertilize the soil by mulching. And also prepare a nutritious infusion for watering plants. Let's consider each option in more detail.

Liquid top dressing from a mixture of herbs 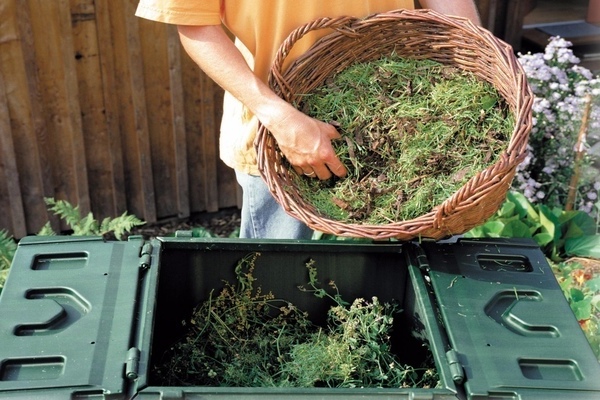 To prepare the mixture, you will need a fairly large container. Its size depends on the size of your garden. As well as the number of crops to be fertilized. But, as a rule, this is a barrel of at least 50 liters. You can use everything that you have filled in the garden as a basis. Chamomile, loach, wormwood and tansy will reduce the pest population. Clover is rich in nitrogen. Regular lawn grass and any other weeds will work as well. Next, we act in stages. 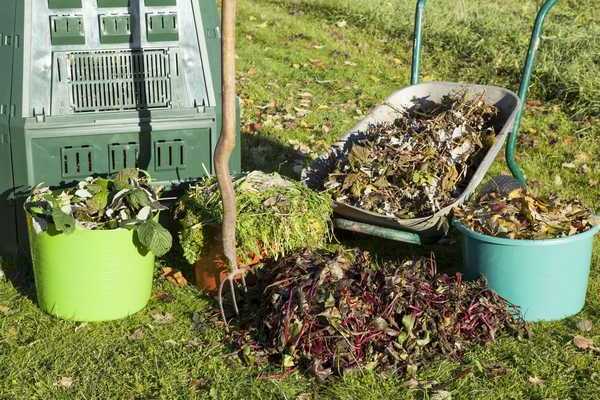 Be prepared that the fertilizer you are preparing has a rather specific flavor. To eliminate this side effect, you can buy a special odor-absorbing drug at your local grocery store. And also a bottle of valerian tincture in a regular pharmacy.

In about two weeks, you will have a finished fertilizer that is as rich in nitrogen as possible. Use it right away. Because from that moment on, every day it will lose its beneficial properties, the concentration of ammonia will increase, and the number of important bacteria and microorganisms, on the contrary, will decrease.

Experienced gardeners determine the readiness of the mass by color and smell. The finished fertilizer acquires a dark green color and a persistent characteristic manure smell. At the same time, on the surface of the infusion, you will see bubbles of carbon dioxide, which is formed during fermentation. The resulting fertilizer is universal. It can be used to irrigate crops growing on any soil, regardless of its composition. 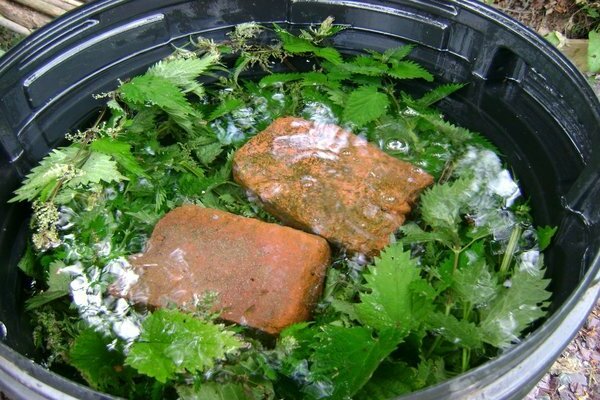 Surprisingly, this weedy unpleasant grass has a lot of useful properties. You can cook cabbage soup from nettle. And also it is used in medicine and cosmetology. And in the summer cottage, nettle attracts a large number of earthworms to its habitat. They, in turn, loosen the soil, establishing air circulation. They also enrich the soil with humus.

Nettle infusion is prepared in much the same way as the mixed product, which was discussed in the first recipe. Fresh plants are suitable for cooking. And also a little sun-dried or completely dry. If the raw material partially contains other weeds, then it is not necessary to separate them. It doesn't really matter.

Finely chopped nettles should be placed in a barrel or some other container, filling it halfway. And then fill it with warm water. There is no need to specially heat the water; it is enough to leave it in the sun for several hours. If it is possible to use rainwater, then this is ideal. As with the first recipe, do not pour water all the way to the brim. Because in the process of fermentation, everything will overflow. Cover with a cloth.Because it is necessary to provide air access to the mixture. But at the same time, make sure that insects and various debris do not get there. The container should be left in a sunny place. And stir daily in the morning and evening. 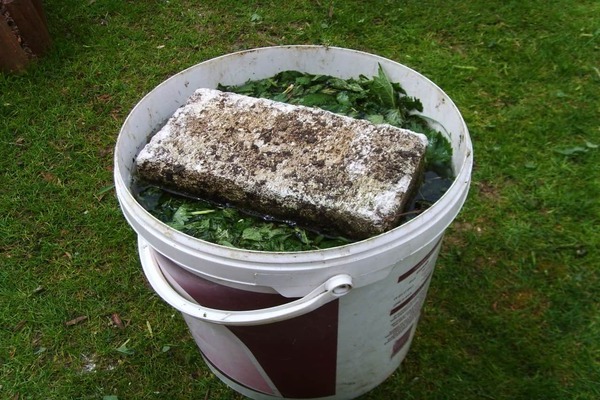 After about 12 days, you will notice that the color of the infusion is getting darker. And the foam on the surface is no longer formed. This indicates that the fertilizer is ready. More precisely, a concentrate is ready, which will have to be diluted with water in a ratio of 1:10 before use. And this must be done immediately before use. Because if the concentrate can be stored for some time, then after dilution with water, the fertilizer must be used immediately. Otherwise, it loses all its positive properties. If you want to fertilize the plants by the foliar method, that is, spray, then the solution should be even less concentrated. And for one liter of concentrate, you need 20 liters of water.

To fertilize tomatoes, it is better to use not one nettle, but its mixture with comfrey. After preparing the solution from the concentrate, use 0.5 liters for each seedling bush. And double the dose for adult plants. Use the same solution to fertilize cucumbers. This will help increase flowering. And also the formation of ovaries.

But for fertilizing garden strawberries, comfrey as part of the fertilizer can be replaced with bread. Such fertilization will significantly increase the number of berries. For each bush, 0.5 liters of a diluted solution is enough. Of course, nettle infusion can be fertilized not only for these, but also for any other vegetable and berry crops. And also any flowers. 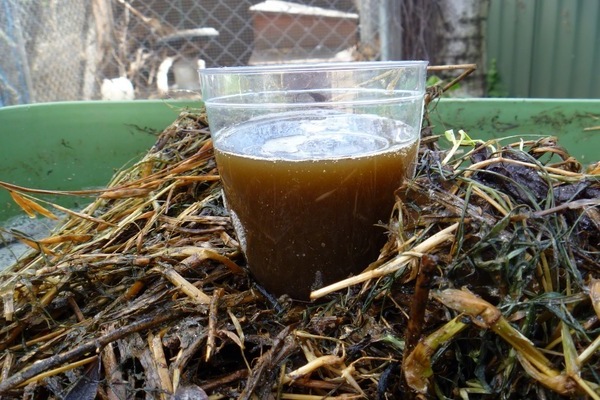 This fertilizer is prepared by overheating or rotting the grass. To do this, you can dig a hole. Or make a frame from building debris. Or use some kind of plastic container. When placing this container in a summer cottage, keep in mind that over time, not the most pleasant smell will go from the compost. So define it in the far corner and provide shadow for it. The bottom layer should be made of earth. In the case of a pit or compost heap, this problem is solved by itself. And if you are using a plastic container, then pour earth on the bottom.

Next, place about 30-40 cm of weeds, foliage, vegetable and fruit waste. And on top is a small layer of sawdust. Then again the vegetation layer and so on. The top can be covered with straw. Composting takes a long time. This usually takes at least two years. But if you pour poultry droppings on a pile, the cooking process can be cut in half.

Phacelia fertilizer. If you have a large enough area of ​​the site, then you can select a place and sow it with siderates, for example, phacelia. This grass is growing rapidly. At the same time, it has a beneficial effect on the structure of the soil. Her roots are very well developed. After cutting, it will grow back. And, perhaps, in a year it will germinate without additional sowing. That is, you will be constantly provided with raw materials for fertilization. The recipe is the same. Chop finely and cover with water for two weeks. You can dilute the phacelia with any other herbs. When the concentrate is ready, dilute it like the previous 1:10. And water the plants. 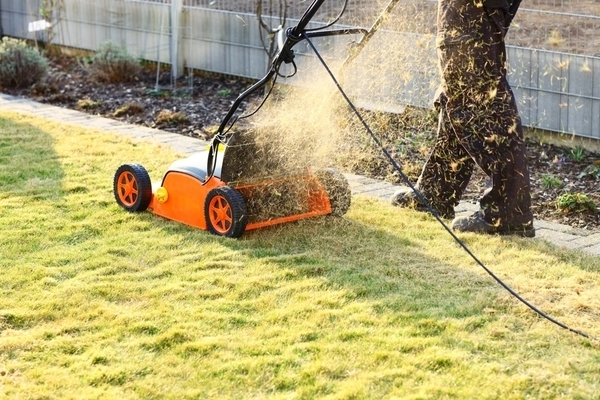 If you have a lawnmower with a grass catcher, the cut grass can also be used to make liquid top dressing (in this case, follow the recipes described above), but it is much easier to use it as mulch, as it will also bring noticeable benefits. You can mulch and fertilize berry bushes: gooseberries, multi-colored currants, raspberries and blackberries. Pre-dry the grass a little, weed, water and loosen the soil around the bushes and spread the mulch in the trunk circle.
Complex fertilizer from weeds.

Also, on the basis of weeds, it is possible to prepare a complex fertilizer that satisfies the need of plants not only for nitrogen, but also for other elements. To do this, you will need to add a few more components to the weeds, and their composition may vary depending on what you have at the moment.

The following ingredients are most popular as additives:

After mixing all the components in a barrel, fill them with water and, as in all previous cases, insist for a couple of weeks. The infusion can be used as a concentrate for watering plants, and plant raw materials from the fermented solution can be embedded in the soil, following the example of compost.

Any of the above fertilizers must be used wisely. Yes, they are all plant-based and environmentally friendly, but this does not mean that they can be used constantly throughout the summer, in which case there is a risk of oversaturation of the soil with nitrogen. For garden crops, use such fertilizers in the first half of summer, when the plants are actively growing and gaining green mass. And then water the beds with herbal fertilizer after harvest. Also at the end of summer or in September, you can feed fruit trees.

It is not at all difficult to prepare green fertilizer, you only need containers, water and weeds. As a result, you will receive an environmentally friendly and extremely useful fertilizer.