Western Thuja refers to a coniferous evergreen tree. It belongs to the Cypress family. Wildlife cultivation is practiced in Canada and North America. Thuja Maloniana is a cultivator that has a highly decorative appearance. That is why it is often used for landscape design. 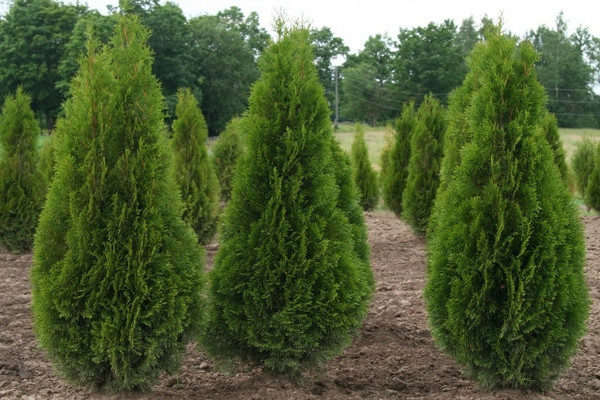 Thuja western Maloniana tolerates winter frosts well, therefore it can be grown in all regions of our country. Thuja Maloniana is a tree that has a columnar, strictly symmetrical, vertical shape and a sharp crown. The crown of the tree is narrow - with a diameter of no more than 3 m, the height of the tree can reach up to 10 m.It has good growth rates, it can increase in length up to 35 cm per year.How does a tree of this variety look like:

Thuja Maloniana belongs to perennial trees, the life expectancy can be up to 110 years. The wood has no resinous passages and has a pleasant delicate aroma. The variety is unpretentious to growing conditions, tolerates air pollution well in urban life. In a new place, it quickly and well takes root, tolerates the process of pruning and haircuts well.

Depending on the shape of the crown and the color of the needles, several varieties of this variety are distinguished. for ornamental gardening, it is common to distinguish several varieties that have good frost resistance and can be grown in most regions of our country. 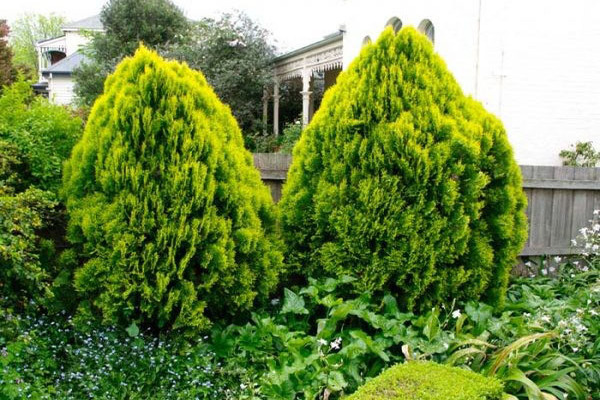 The tree has a narrow, columnar shape, a sharp top and a full symmetrical crown. Characteristics of the species:

It can grow up to 35 cm a year.At the age of 10, the tree can reach a height of up to 3.5 m.With the sun's rays, the needles do not fade, poor environmental conditions do not unpleasantly affect the growth and development of the tree. The variety tolerates a drop in temperature well, down to -38 degrees. 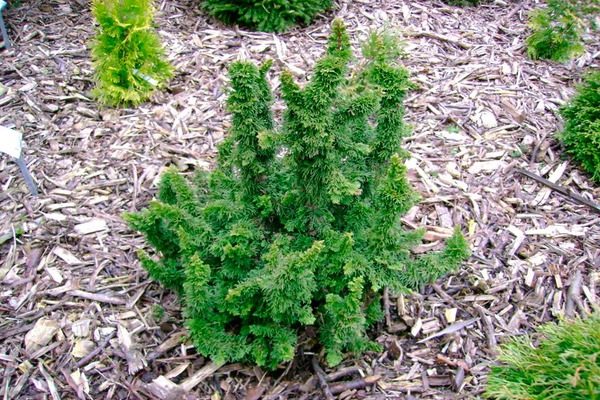 The tree is classified as a dwarf species, at the age of 10 it can have a height of up to 0.8 m. The volume of a tree is 0.7 m. Per year it can increase in length up to 5 cm. The bush has an irregular shape, twisted branches grow in a chaotic manner. Tuya produces the formation of several tops with different lengths. Each plant has its own, individual shape. The needles are dense and small, have a dark green color, closer to the autumn period they begin to darken and acquire a slightly yellow color.

Use in landscape design of thuja Maloniana 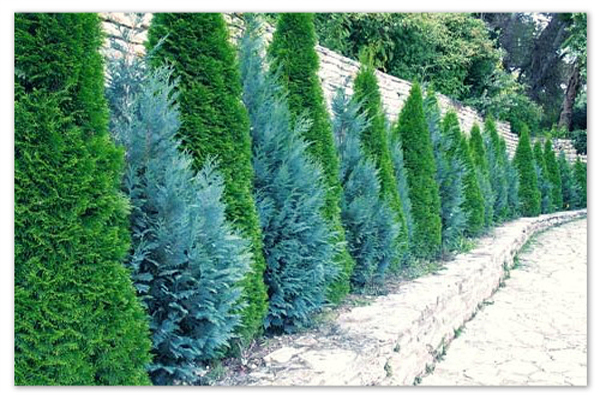 Due to the fact that the variety and its varieties have good resistance to low temperatures, it is often used in landscape design precisely in those regions that are characterized by low temperatures. but you can also find this plant in the southern regions. The plant can be used as a background for design compositions, can be placed on the sides of garden paths, used as a hedge, and also planted with dwarf conifers and flowering plants.

For propagation, the seed method or the cuttings method is used. Seeds begin to be harvested in late autumn. In the spring, they are planted in open soil, the seeds germinate well. Young seedlings should be sheltered for the winter. After 3 years, you can plant it in a permanent place in your summer cottage. The grafting method is not very effective, since the planting material has poor rooting. it is necessary to cut the cuttings in the middle of summer, choosing last year's shoots. Then they need to be placed in a fertile substrate, covered with a film on top. The material that takes root can be planted next spring.

How to properly plant a plant. 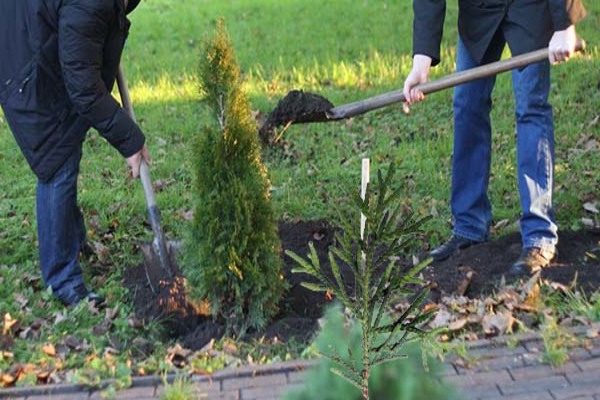 Thuja Maloniana has no special planting requirements. If you comply with the necessary terms and nuances associated with planting, then the plant will be able to take root well and begin to grow quickly.

In regions with a temperate climate, the plant can be planted in spring, when the soil has already warmed up enough (around the end of April). Do not be afraid of the return of cold weather, the variety has good frost resistance. In the southern regions, you can plant a plant with the onset of autumn. In order for the plant to adapt to a new place, planting can be carried out in mid-September.

Choosing a place and preparing the ground

Thuja Maloniana is very demanding on lighting, its decorative properties directly depend on the amount of sunlight. Planting in a shaded place is also allowed, but still a preference for a well-lit area. Aurea generally does not tolerate shade well, if it lacks light, then it can begin to fade. The soil is suitable for neutral, fertile loam, make sure that there is no salinity and waterlogging of the soil. Despite the fact that the plant loves water, too much moisture can lead to decay of the roots. For this reason, it is not necessary to plant a plant in lowlands and with nearby groundwater. Before you start planting, you need to neutralize the soil, dig up the soil and apply organic fertilizers. The nutrient substrate should include peat, sand and compost (equal parts).

If you are going to build a hedge, then you need to keep the distance between the plants - about 3 m. 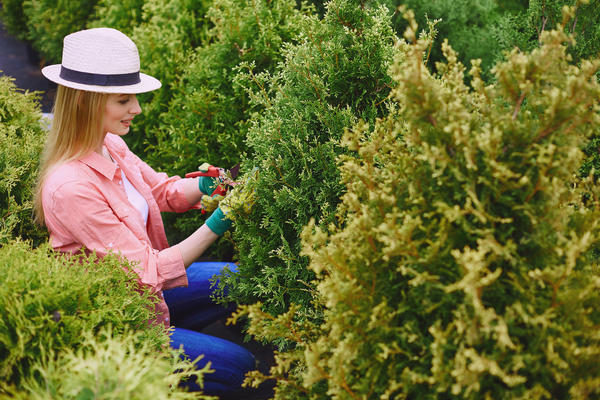 According to many gardeners, the plant does not require special care for itself, it is able to tolerate changes in spring temperature, moisture deficit well, and can calmly respond to molding. 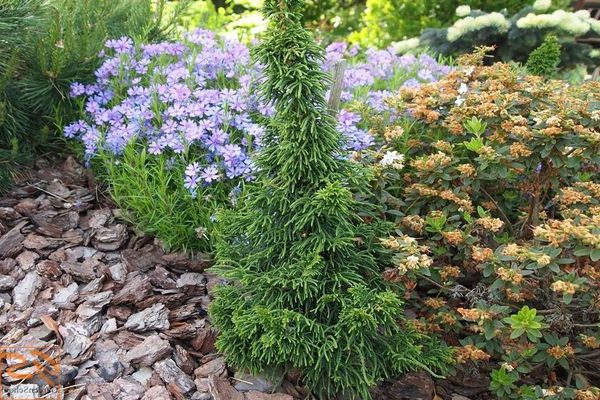 Unfortunately, the variety Thuja Maloniana and its varieties can quite often be subject to various infections and insect attacks. namely:

Among the insects that can harm the plant are:

Thuja Maloniana belongs to the western Tui cultivars. It is considered an evergreen coniferous plant, it has several varieties that differ in shape, size, and color of needles. The variety is a tree with a high decorative effect and a symmetrical crown. Due to the fact that the variety can tolerate winter frosts well, it can be planted in all regions of our country with a temperate climate. The plant is unpretentious about its care, it tolerates a haircut well, and is able to maintain its shape for a long time.

Violet Spring: description, ALL secrets of growing with a photo of the variety 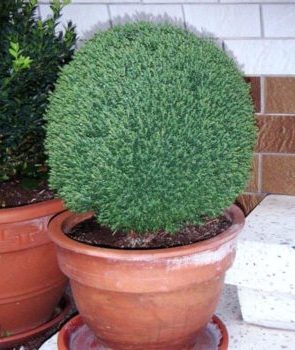 Tuya Teddy
Tuya Teddy belongs to low-growing varieties that are unpretentious in care, which have evergreen needles, ... 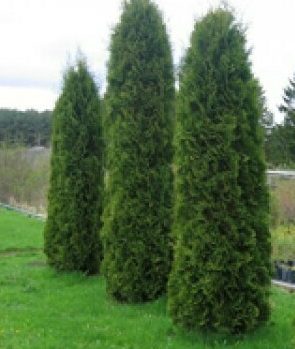 Thuja Columna
Thuja Columna columna - This is an evergreen tree that is perfect for decorating any ... 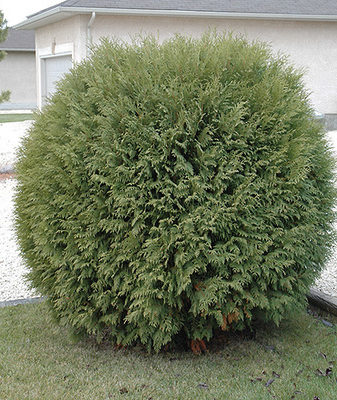