In this article, we will take a closer look at the variety, like bell pepper Health. You will find out its description, the main characteristics of its fruits, what are the advantages and disadvantages of sweet pepper Health, and we will also share the reviews of gardeners. 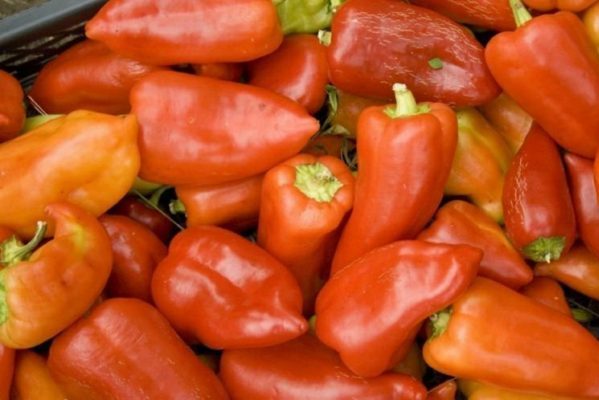 No matter how much many people love pepper, unfortunately, not every gardener (especially when it comes to the regions of the middle lane) has the opportunity to grow it, since this plant is very whimsical. And even if we take into account that the summer turned out to be hot and sunny, the problem here is different - almost all peppers have a rather long growing season. That is, from the moment the first shoots appear until the fruit is fully ripe, it should take about 3 - 5 months, possibly more.

The transplantation of peppers is quite painful, and unfortunately, during the flowering period, flowers and ovaries most often fall off. It is on the basis of this factor that it is advised to grow peppers either in greenhouses or in greenhouses. 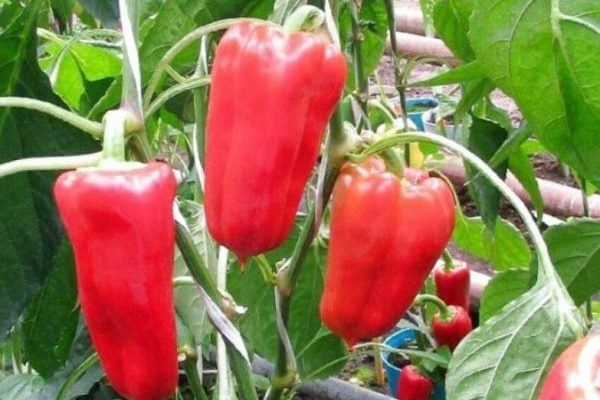 If we take the Ural and Siberian regions, then it is with great difficulty that it turns out to grow a fruitful crop of pepper even in unheated greenhouses. For these regions, sweet varieties are very popular, which are characterized by a minimum growing season, when the first harvest can actually be tasted after 95 days. Such short ripening periods belong to ultra-early ripening varieties, and it is to them that the sweet pepper variety Health belongs, with its unique characteristics indicated in this article.

Sweet pepper (aka Bulgarian) Health is very useful, which is actually evidenced by its flashy name. It contains a huge amount of useful elements, especially vitamin C (in terms of which it will compete with lemon), and vitamin A (according to its indicator, it is on a par with carrots).

Those who follow their figure know, and if they do not know, then they should definitely take note that 100 grams of Health pepper contains only 25 calories. It is recommended to use it raw - it is in this version that all useful substances are stored in it, which, unfortunately, are lost during heat treatment.

The pepper variety Zdorov'e dates back to the late 70s, it was precisely for this that it was bred by domestic breeders in the Moscow region, it is practically an "old man" and has undergone numerous studies and tests in different regions of Russia. The Bulgarian pepper Zdorov'e appeared in the register of varieties in 1986 and from that moment it has been grown in the northern and eastern regions of the Russian Federation. Giving a fruitful harvest of pepper in such climatic zones with little sun and a fairly cool summer is a unique ability of the Health pepper, for which gardeners fell in love with it.

Since, as mentioned earlier, pepper is a very whimsical plant and demanding on the sun and heat, and not only residents of the southern regions love these useful fruits, then ultra-early ripening varieties come to the rescue. Then, when most of the varieties could not bloom and bear fruit, due to the lack of sun and heat, the pepper of the Health variety pleases with its harvest.

The bushes of bell pepper Health are tall, which reach 1.8 meters, with a semi-spreading shape. To grow this variety, it is recommended to use pegs (trellises), to which you must tie the plant up along its entire height.This growth plays a significant role when growing in a greenhouse, it is in the upper part of the greenhouse that more heat and light is accumulated.

Growing bell peppers Health outdoors is not recommended, because in the middle regions it can be cold enough, which will negatively affect its growth. And for the “southerners”, breeders have developed more adapted varieties for growing in the open field, which do not require a garter at all. 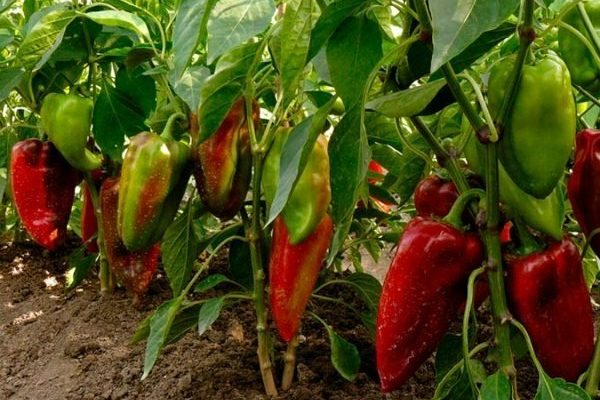 The first fruits of pepper The health of technical ripeness can be obtained already after 75-90 from the moment the first sprouts appear - in terms of ripening, it has practically no equal rivals. Technical ripeness is when the fruit is outwardly formed, but does not have the color and size inherent in its variety. Until the moment when the fetus becomes biologically mature (that is, it takes on the correct color and size), it will take another 25 - 30 days. That is, we will receive full-fledged red peppercorns 95-115 days after the first shoots appear.

The yield indicator for pepper Health is quite high, a fairly large number of fruits can be harvested from one bush, but they are characterized by a small size. One square meter of landings brings up to 5 kg. harvest.

The advantage of Health pepper is not only the ability to show good yields in "not sunny" regions, but also has proven itself remarkably as resistant to diseases and insect pests, which cannot be said about many other varieties. 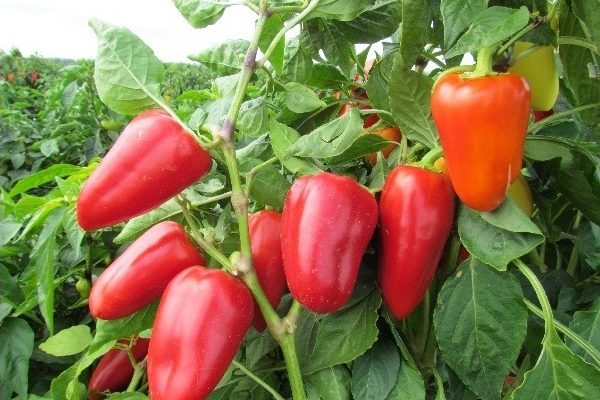 The following main features and characteristics are inherent in the fruits of this pepper:

Advantages and Disadvantages of Pepper Health

Bell pepper Health has a lot of advantages, so they are happy to choose the variety for growing on their plots:

In addition to the advantages, gardeners identified the main disadvantages of the Zdorovye sweet pepper variety:

But despite the minor disadvantages, the health benefits of bell pepper are much greater.And for medium-sized gardeners, not to mention the northern regions, for which it would seem impossible to grow sweet peppers - there is an excellent pepper variety Health. It is he who will reward them with a wonderful, tasty, juicy harvest. 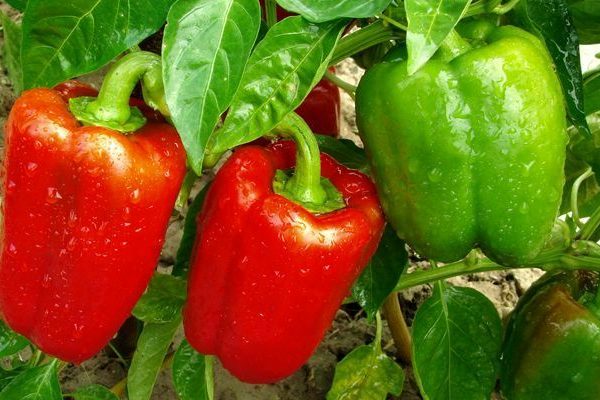 Bulgarian pepper Health: reviews of gardeners about the variety

According to the responses of most gardeners, positive responses are heard. Of course, there is no point in growing the Zdorovye pepper variety in the southern regions - they will not be pleased with either the taste or the size of the fruits, since more suitable varieties have been bred for them. This variety was bred specifically for cultivation by residents of the middle and northern regions, where there is a lack of light and heat, it is for their residents that pepper Health allows them to enjoy their taste and saturate the organisms with useful vitamins.

I have been in the ranks of gardeners for about 10 years, from the moment I bought the dacha. I grew a lot of things, but before the bell pepper I began to grow it relatively recently - I know about their "thermophilicity". After acquiring a greenhouse, I started looking for a variety of pepper and, on the advice of a friend, purchased pepper seeds Health. He praised him very much - they say delicious, a lot, healthy. First I planted seeds at home, in May, I planted the seedlings in the greenhouse. Periodically covered with covering material when there were risks of frost. After the weather became steadily warm, the peppers began to grow very quickly. In July, all the bushes were covered with peppercorns. On one bush I counted

30 pieces of fruits. We ate peppers Health straight from the bush - the taste was really great. In August, the peppers turned red, they were fully ripe, and I collected pepper seeds without fail. My wife rolled up cans of lecho with this pepper - it turned out very tasty. Now we recommend this variety to all our gardening friends.

Sweet pepper variety Health I have been growing for the second year. And I'm just amazed at its quick ripening period. In general, I sow it early enough - in January, but in April the seedlings go to their "permanent residence" in the greenhouse, and by this time it has an active flowering period. By the way, after the seeds are sown, seedlings appear in a maximum of 2 weeks.

We try the first harvest around the end of May, of course, at this moment it is not yet fully ripe, its color is not red, the peel is very thin, but it is very juicy, tasty, but it is generally better to remain silent about the benefits - a storehouse of vitamins. After the first fruitful year, I knew with confidence that the Zdorovye pepper variety is my favorite variety, all my friends also grow it with pleasure, and no one complained. Very tasty, and most importantly, it grows in our not very favorable area.

A year ago I bought a variety of pepper Zdorov'e for testing. I bought it inexpensively, about 20 seeds in a bag. Everyone went up at once, nothing annoyed me. Fruiting well, the peppers are small, their walls seemed to me thin. The taste of sweet peppers Health seemed to me average, I did not find the aroma inherent in bell peppers. All the harvested crop left for me to be added to the blanks; it seems to me that it is not very suitable for the preparation of stuffed peppers. I'm not sure I'll plant it again, because I didn't really like the taste, despite the good yield.

If you are residents of regions where there is little sun, but you want to grow and enjoy delicious peppers, rich in vitamins and useful microelements, Bulgarian pepper Health is the ideal choice for you. Its fast ripening, the productivity of the pepper Health, resistance to diseases and pests, as well as the taste characteristics will delight you. Have a good harvest 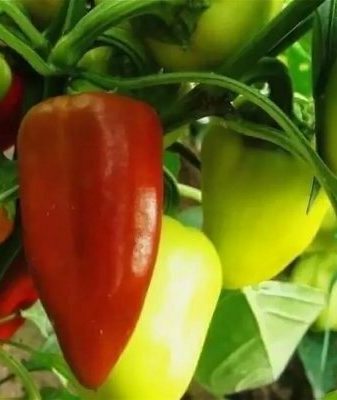 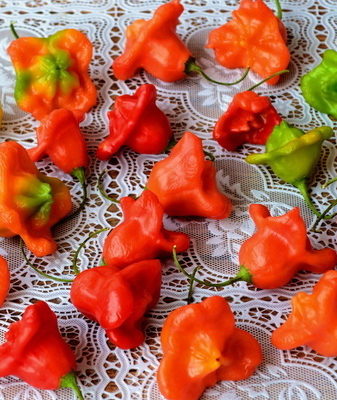 Bell Pepper
It can take a lot of energy to grow Bell Peppers. Currently... 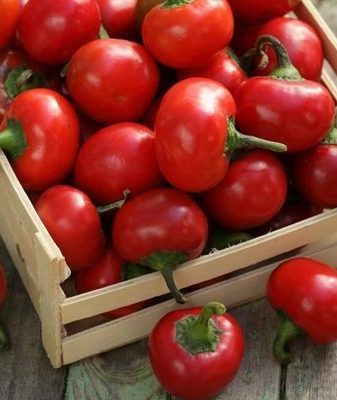