When to pick chokeberry

There is no specific time for harvesting the chokeberry. The timing depends on the climatic characteristics of your region, as well as on what exactly you are going to use the berries for. If you plan to make a liqueur or add blackberry to canned compotes, then you need to harvest at the stage of technical ripeness. That is, the berries should be a little unripe. Well, if you plan to make jam or preserves from it, prepare jelly, juice, wine or dry it for further use in winter, then you have to wait until the chokeberry is fully ripe. 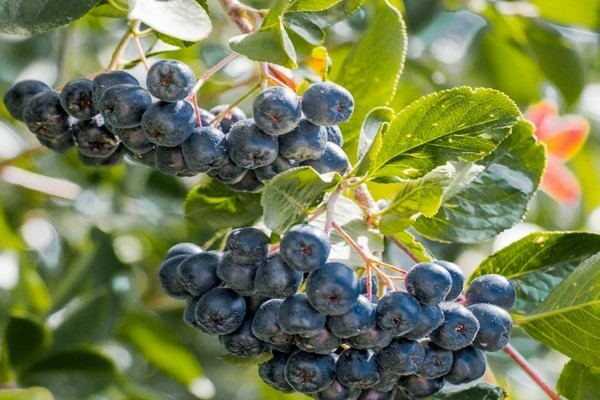 Before the chokeberry was cultivated, its berries were unattractive, had an overly tart taste that "gagged your mouth." The varieties that we grow in our gardens have partially retained this property, but to a much lesser extent than their wild predecessors did.

Michurin's attention was attracted by the winter hardiness of the wild chokeberry. After that, the cultivation of the plant began and now the chokeberry can grow in almost any climate.

As in the case of any other plant, the ripening time depends on the climate of a given region: the warmer the climate, the earlier the harvest ripens. But even in the short northern summer, the chokeberry has time to fully ripen, which makes this plant popular and beloved by many gardeners.

When to harvest chokeberry in different regions 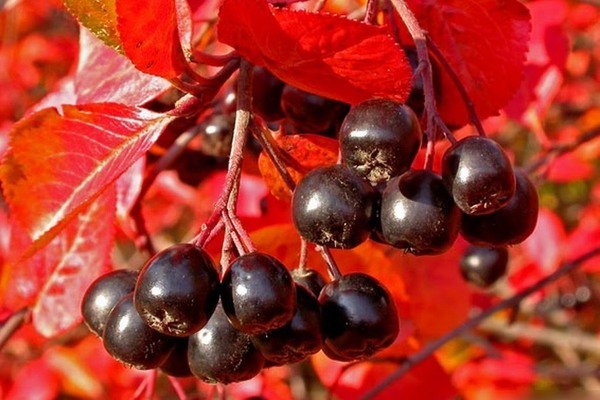 Due to the fact that black chokeberry is a frost-resistant plant, as well as because of its similarity to ordinary mountain ash, it was widely believed that the berries of this plant should be picked after the first frost. And that only after that do they acquire a sweet taste.

This is an erroneous opinion, which arose more likely in the northern regions, where often the ripening period of berries can coincide with the first frost. Ripening of chokeberry begins in August. The berries become dark, they can be easily picked, but the taste still leaves much to be desired. During the ripening process, the content of the binder in the berries decreases. And already in September, their taste becomes sweeter.

Therefore, if the harvest of chokeberry was planned to be kept fresh, used for making liqueurs, preserved along with other fruits or in compotes, then it must be harvested at this time. Salted chokeberry compotes are usually not made. But the combination with apples or pears gives a very tasty and beautiful result.

The berries ripen fully around mid-autumn. At this time, they are harvested for making jam or jam, juice or wine, as well as for fresh consumption. The berries harvested at this time are not suitable for long-term storage, so they are dried or frozen.

Why can't you freeze berries harvested earlier? After thawing, the fruit becomes more acidic. Therefore, you can only freeze absolutely fresh berries that have acquired a sweet taste.

All the main recommendations regarding the timing of harvesting blackberries are based on the Moscow region and the Central strip. Since this particular climate is the most suitable for a given plant. In order to determine the condition of the berries, you just need to taste them. And further actions depend only on how you are going to process and store the crop.

Depending on this, chokeberry is harvested in the Moscow region in September or October.In terms of climate, the middle zone is considered the same region as the Moscow region. But since this region is very vast, the timing of harvesting may differ along the northern and southern borders. It all depends on the weather conditions of the current summer and autumn.

For the northern regions, it must be borne in mind that berries stuck in frost are not suitable for long-term storage. They are only suitable for heat treatment. In the southern regions, spring comes earlier, which means that the process of vegetation of all plants begins earlier.

Therefore, fully ripe black chokeberry can be harvested in September. In the Leningrad Region, Siberia and other colder regions, the berries ripen in the second half of October, if weather conditions permit. If by this time the first frosts come, then the chokeberry should be collected and processed in a state of technical ripeness.

Chokeberry: how to pick berries correctly 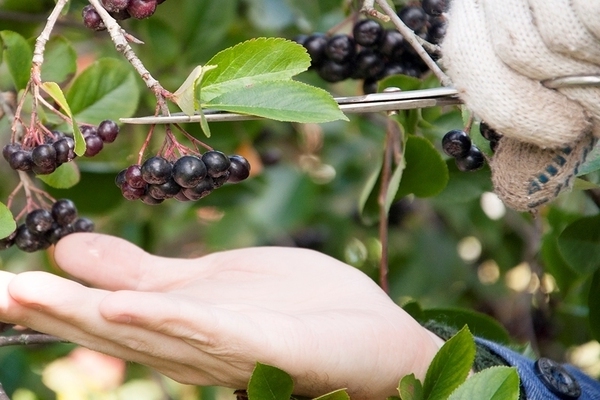 When harvesting black chokeberry, most gardeners try to pick only berries, so that later they spend less time processing and removing garbage. And not everyone knows that the plant recovers much faster if the berries are picked in bunches, as they grow, cutting them together with small branches.

It is important to remember that the twigs should not be broken, but cut off, using a sharp sterile pruning shears. The black chokeberry harvested in the second half of August is mainly used for storing or preparing a strong liqueur, where chokeberry rather provides color than taste, since the taste is still quite astringent at this time.

But in September, the taste becomes more acceptable, acquiring sweet and sour notes, although the berries are still hard. These berries are also suitable for storage. When preparing the liqueur, you can get a less strong and tastier product. Berries can be added to apple and pear compotes, they will color them in a beautiful color and give them an unusual taste.

The berries harvested in August and September are used for sale due to their ability to store and withstand transportation. By October, the berries of the chokeberry become sweet and soft. They should be collected only in a bunch, otherwise it is easy to damage and crush the crop.

It is necessary to remove the berries from the bunch just before starting processing. At this time, chokeberry accumulated the maximum possible amount of sugar, became especially tasty. You can cook anything from it. Cook compotes without adding other ingredients, prepare jam, preserves or jelly, ferment wine, dry or freeze. 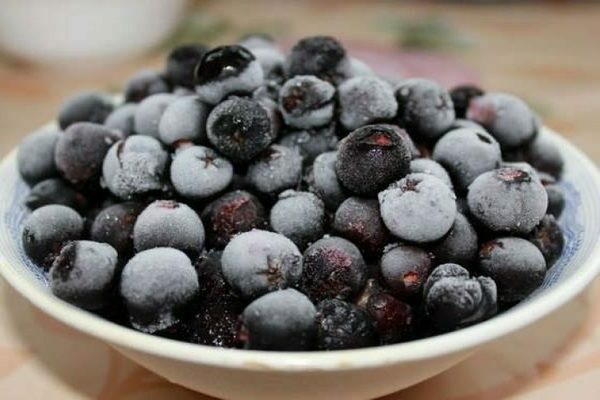 If you have collected black chokeberry berries in a state of technical ripeness, then there are not so many options for processing: making a liqueur, adding a small amount of berries to compotes or preparing dried fruits. And you can take your time with processing, since such berries can be stored for quite a long time. Especially if you have collected them correctly, that is, together with the bunches.

But when you pick fully ripe fruits, then you only have one or two days to process them (two is if you store the berries in the refrigerator). It is impossible not to damage at least a minimum amount of berries during harvesting. The juice from such berries begins to sour and if you delay there is a risk of losing the entire crop.

Therefore, if you do not plan to carry out heat treatment and prepare juice, jam or jam, then it is better to immediately to freeze berries until they go bad. In the future, you will need to use frozen berries immediately after defrosting. Storage and re-freezing are not allowed.

An excellent way to harvest chokeberry is drying out berries, which can later be stored at room temperature. Berries can be dried in the oven, use an electric dryer for vegetables and fruits.And also dry them on trays in the air or in a ventilated area for some time.

And remember that if you did not have time to harvest and the black chokeberry was "caught" by the frost, then these berries are only suitable for thermal processing in the fastest possible time. That is, you have to cook jam on the day of harvest.

Summing up, we can conclude that, when preparing to harvest the chokeberry, you need to carefully monitor the weather forecast in order to remove the berries from the bush as late as possible. But at the same time, have time to do everything before the onset of the first frost.

If everything works out, then you will get a wonderful harvest of healthy berries that have managed to reach their maximum sweet state. And from a culinary point of view, the choice of dishes that can be prepared from chokeberry will be much wider.