Black currant Miasskaya belongs to the herbaceous group with an ordinary ripening time, was obtained at the South Ural Research Institute of Horticulture and Potato Growing with the help of free pollination of the planting material of the currant variety "boscopic giant" with a mixture of pollen of European varieties and not only, namely "nina", "dessert Altai», «dove"," Black woman "and" biya ", thanks to the work of a group of specialists in breeding V. S. Ilyin and A. P. Gubenko. The Miasskaya currant variety was entered in the state register for breeding achievements in 1986, and was allowed to be cultivated in the Ural region. 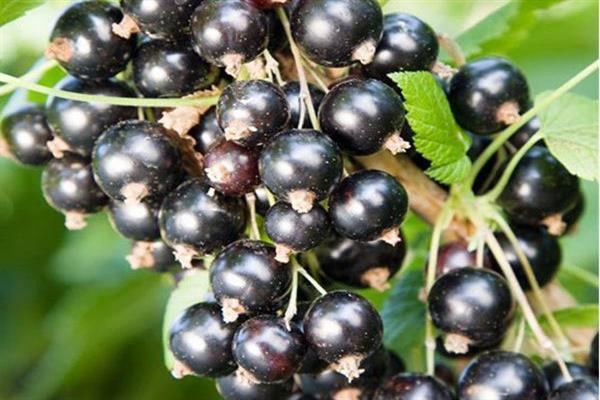 Fruit shrubs of the Miasskaya currant variety are of medium size, rather dense, spreading is assessed as moderate. The branches are medium in size, green in color, slightly crooked. The buds are medium in size, arranged one at a time, the color is brown, receding, the leaf scar is rounded.

The foliage has five lobes, large or medium in size, dark greenish in color, slightly glossy, on the upper part of the growing branches a light greenish color, with wrinkles, the leaf blade usually extends to the soil at an angle to the branch. The blades have a certain sharpening, the main blade is larger than the others, the shape is broadly ovate, there are additional protrusions. The blades located on the sides, pointed, rather wide, go to the upper parts on different sides, the angle between the main veins is more than ninety degrees. The basal lobes are not pronounced. The base of the foliage has a large notch; in most leaves, the basal lobes contact at the base of the foliage. Large serration, sharp. The petiole is of medium size, light green in color, has no villi, is located at a corner of about forty-five degrees.

The flowers are medium-sized, goblet-shaped, with a bright color, the sepals are narrow, medium-sized, not closed, from a bright crimson to snow-white color, and sometimes yellow or green. Brushes are elongated, up to about nine centimeters in eleven colors, rather dense. The axis is large or ordinary, slightly curved, green in color, the petiole is ordinary or small, green in color.

Description and characteristics of fruits

Miasskaya currant berries are medium-sized, about half - one gram, round shape, all fruits have the same size and shape, black color, average number of seeds, sweet taste with a slight sourness, tasters rated the taste of fresh fruits at four and a half points by five-point rating scale, with a pronounced odor, universal application. The calyx is completely closed or half open, the fruit stem is small, the color is green. The fruits contain:

Characteristics of this fruit currant variety

Miass black currant has the highest immunity to sub-zero temperatures, is highly self-fertile, about fifty-eight to seventy percent, is not often affected by diseases, bears a large number of fruits, usually it is possible to collect up to five and a half tons per hectare,but sometimes up to eleven tons from one hectare, or one and a half to three and a half kilograms from one fruit bush.

Advantages of the Miass currant variety:

Imperfections of the Miass currant variety:

Currant Alyonushka: TOP features of the variety with a description and photo

Clematis for the northwest: TOP planting and care tips 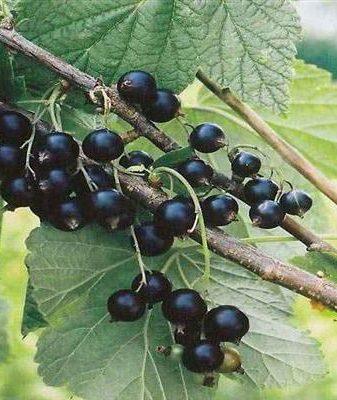 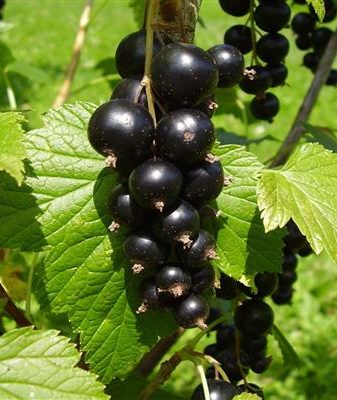 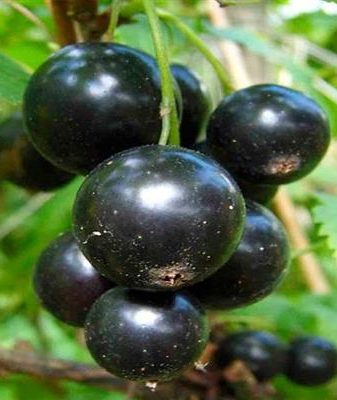