Gray rot on grapes: how to fight, prevention, causes
873

Gray rot on grapes: how to fight, prevention, causes

The article describes gray rot on grapes: how to fight, preventive measures, explanation of the causes.

Gray rot of grapes: what is this disease? 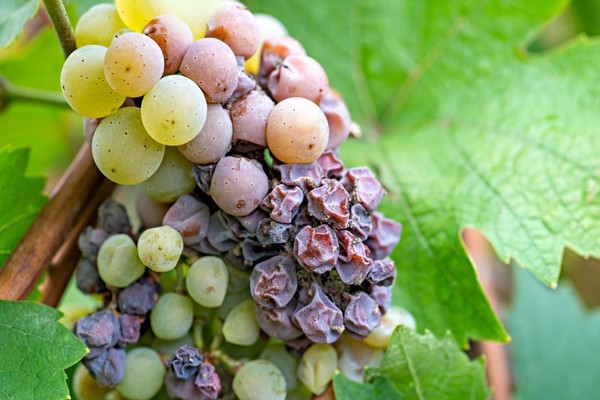 Gray rot of grapes: photo of the disease

Gray rot is a fungal disease of grapes caused by Botrytis Cinerea Pers, usually caused by excessive moisture. The disease is accompanied by a deterioration in photosynthesis, a slowdown in the development of the vine, and ultimately leads to the complete death of the plant. Gray rot of grapes can destroy the crop in a short time and can spread to neighboring bushes and plots. Although some vineyards note that in moderation, gray rot improves the taste of grape juice, but it is not worth the risk.

Causes of gray rot of grapes 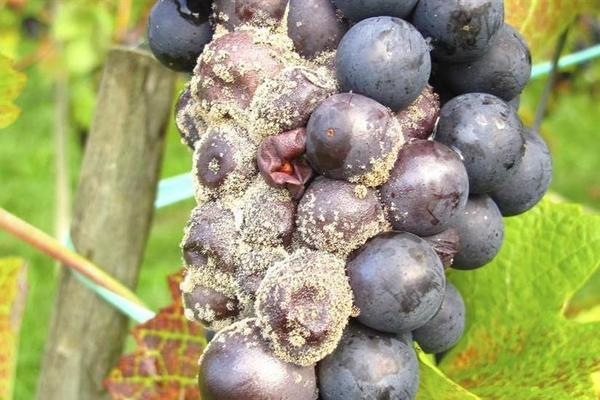 Gray rot of grapes: photo of the disease

The fungus botrytis (gray rot of grapes) loves a humid environment, usually appears due to excess moisture in the vineyard, tolerates wintering well, first affects weakened bushes with mycelium. In spring, mycelium may appear along with unharvested remnants of dry leaves and fallen berries. Therefore, it is very important, after harvesting, to process the vineyard and remove all residual elements. In the spring, they can spread through the air and infect all the bushes, if not detected in time, they can ruin the entire vineyard. The likelihood of being affected by gray rot of grapes is increased by factors such as high humidity, poor ventilation and too dense planting, as well as varieties with a dense bunch and high sugar levels. In the fight against gray rot, both specialized preparations and alternative methods can be used.

Signs of the disease

There are several main symptoms by which you can understand that the grapes have gray rot:

In areas where high humidity or bushes are located too close, there is a danger that gray rot on grapes will spread very quickly, first moving to neighboring bushes, then covering other plants on the site.

Gray rot on grapes: how to fight? 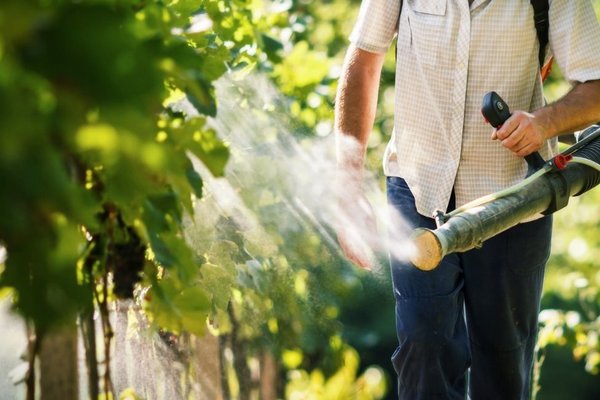 For the correct treatment of such a disease as gray rot on grapes, you must first carefully examine the plants and identify foci of spread. If the affected areas are few (two or three leaves or several fruits), then you can simply remove them and burn them, after which it is necessary to process the cut points and neighboring bushes with a special solution.

A solution from gray rot on grapes is prepared as follows: a glass of chalk, a glass of wood ash, 1 tsp.copper sulphate, pour the resulting composition into 10 liters. water. In the event that there are too many affected areas and they are common throughout the bush, treatment with special preparations against gray rot of grapes should be performed:

Treatment of grapes from gray rot can be done four times - after the flowers have faded, when bunches are formed, 1-5 months before harvest and in late autumn, after leaf fall. Important! If you do the processing later than 1.5 months before harvest, such a crop is considered unsuitable, it must be disposed of. You cannot use such fruits in any form. In cases where there are many foci of distribution, in order to save the harvest, they are treated even before flowering, mainly the buds and leaves themselves. During the growing season, at the first signs of detection of gray rot, copper sulfate, a solution of potassium iodide are used. These drugs are more gentle, have the least effect on the bush. It is possible to use drugs such as Mikal, Folpan, Antracol, and in some minor infections, solutions of soda or potassium permanganate can help out.

Like any disease, gray rot of grapes can get used to the same type of drug, therefore, to achieve the best effect, you need to alternate the means of struggle. Solutions of potassium permanganate and soda are considered folk remedies.

In general, inexperienced gardeners are advised to use folk remedies to begin with, because chemicals can have very sad consequences, up to and including human poisoning. Baking soda, in this case, is in no way dangerous to humans or plants. A solution is prepared from 80 grams of baking soda in a bucket of water. Potassium permanganate can be used 1-1.5 months before the fruit ripens, it must be processed twice to achieve the effect. Another solution of iodine is used, 10 drops per bucket of water and you need to spray once a week and garlic infusion, we keep 100 grams of garlic in 10 liters for a day. water.

It is important to understand that these funds are suitable for weak foci of infection and in small vineyards; they are clearly not suitable for plantations, since in these cases it is more difficult to identify all areas of the lesion.

Prevention of gray rot of grapes

It is imperative to very carefully and meticulously carry out preventive methods, this will help you save time and money and save the crop, because an infected one bush will infect other plants like a parasite.

Firstly, in no case should cuttings be made from an infected plant. It is necessary to choose the right landing site, avoiding shady wet areas, first of all, rot comes from the dark corners. Choose sunny, well-ventilated areas, and remember to inspect the vineyard regularly.

You also need to monitor neighboring plants, they can also become infected. Particular attention should be paid to the vineyard during the rainy season. We spray and loosen in a timely manner. Gray rot is very fond of nitrogen-containing fertilizers, so we feed the grapes correctly.

At the very beginning, you need to make the correct planting of seedlings, observing all the distance norms, excessive shading is also a favorable environment for the fungus. If the grapes are grown in a greenhouse, then it is imperative to constantly ventilate, monitor the humidity. A lot of pests, including gray rot, develop in a humid environment.

Experienced gardeners have found that some grape varieties are particularly susceptible to diseases such as gray rot. Most often these are varieties such as Rkatsiteli, Cabernet Sauvignon, Aligote, Alimshak. It is to these varieties that all preventive measures must be applied, especially if you are going to grow them in a greenhouse. In preventive measures, it is necessary to include spraying with copper sulfate as a mandatory item.If gray rot is found on these grape varieties, you need to first remove all the affected plant elements noticed, collect them and burn them. After that, proceed to the treatment procedures.

We hope that our article will help you take the necessary measures to combat grape gray rot and get a good harvest.

Gray rot of grapes: how to fight 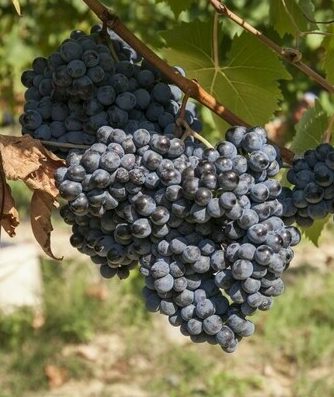 Sharov grapes
Many gardeners have long come to the conclusion that good grapes can only be grown in ... 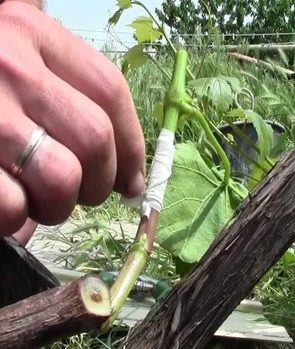 Grafting grapes "green to green"
In the article we will tell you in what time frame and when the green grafting of grapes is performed, we will give a step-by-step ... 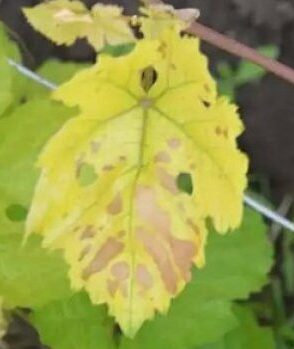 Chlorosis on grapes
Grapes are among the whimsical crops. Today it can bloom beautiful green, but ...
×