We feed fruit trees. The question is: what and how?
198

We feed fruit trees. The question is: what and how?

In order for the fruit tree not to undergo depletion, to have a strong structure of branches, not to be at risk of diseases, and in general, in order for its vital activity to be stable, you should first of all know what kind of feeding of fruit trees is needed, as well as which elements should enter the diet and diet, and enrich it with them in a timely manner.

Elements such as nitrogen, phosphorus, magnesium, sulfur, boron, iron, manganese, zinc, molybdenum and so on contribute to the maintenance of healthy life for fruit trees. The main elements - carbon, hydrogen and oxygen - can be obtained by plants from the air, but all the rest can be supplied to them only through the soil, and not just like that, but in the form of specially prepared solutions. Root feeding of fruit trees is most important, since it is the main process on which the dynamics of growth and development, as well as the general health of the fruit tree, depend.

The difficulty lies in the fact that different types of soils are characterized, in turn, by different amounts of nutrients, which are necessary for plants to one degree or another. For example, the main disadvantage of chernozem soil is the lack of elements of manganese and boron, if lime is present, then a lack of zinc is also added. The vulnerability of sandy soils is the scarce content of nitrogen, potassium, magnesium, sulfur and, in some cases, even calcium. Another type is podzolic soils, in which there is a lack of magnesium, molybdenum, calcium, but iron, on the contrary, they even contain an excess amount, which does not have the most favorable effect on many cultivated plants and fruit trees. Concluding the list with peaty soils, a low copper content should be noted.

Soils favorable for cultivation may well provide trees with all the necessary elements in the process of their growth, as well as during the period of fruiting. The catch is that many of the elements are not present in the soil in the form that plants are used to absorbing and assimilating - they are often in the form of poorly soluble compounds or those that, in principle, are not subject to this process. In view of this, it is often necessary to prepare fertilizers in advance just in the form of the correct compounds, to which the root system of the fruit tree can adapt in the process of absorbing nutrients.

There is an acute question of the need for nitrogen, phosphorus and potassium, because fruit trees have the greatest need for these elements. Unlike the listed macronutrients, the vegetation has a small need for microelements - they are just enough for the soil reserve to evenly consume in the process of feeding the root system. But even if they suddenly turn out to be insufficient, you can always enrich the plant with them by applying organic fertilizers, for example, manure. Also for this, wood ash, containing boron and manganese, as well as all kinds of slags, marked by the presence of magnesium, manganese and calcium, are suitable for feeding fruit trees. For this, other industrial wastes can also be used.

It is important to remember that before applying fertilizing to fruit trees and shrubs, it is necessary to assess the amount of basic elements already present in it at the moment - potassium, phosphorus, nitrogen, because their excess can only harm the soil, subsequently deteriorating the quality of development and growth as cultivated plants, and fruit trees. In order to determine exactly how much fertilizer should be applied to the soil, it should be submitted for analysis by taking a sample with subsequent transportation to a special agro-chemical laboratory. If the site for the proposed fertilization of fruit trees and shrubs and planting fruit trees is heterogeneous in its structure, it may be necessary to take several samples for greater reliability of the result. Also, the number of samples depends on whether the area is flat or slopes are present on it - in the latter case, the sample should also be taken several times, usually at the top, in the middle and in the lowest part. The last nuance of repeated sampling is the case when the site was used earlier for growing different crops.

The appearance of a plant after planting it on prepared soil can tell you whether or not there are enough nutrients in the soil for proper nutrition. If the shoots develop poorly and slowly, you should check the level of nitrogen content, it may have decreased or, conversely, exceeds the permissible limits - a similar negative effect is observed in both cases. Due to the lack of such an element as phosphorus, an unusual purple hue often appears on the leaves of fruit trees. As for potash fertilization of fruit trees and shrubs, in its absence, the appearance of a spotted pattern along the edges of vegetation is characteristic, which at first glance can be confused with multiple burns. If you notice these and other signs that are unusual for the appearance of the plant, measures should be taken immediately - otherwise the plant may eventually exhaust its resources and die.

Vegetation, including fruit trees, must receive proper nutrition and need it no less than you and me. Make sure that the applied complex is the most complete, contains all the necessary macro and micronutrients to ensure effective development and growth, as well as a rich harvest. Do not forget that part of the element is brought not only by air and potting mixes, but also by watering the plants.

When to harvest spinach and how to do it? TOP secrets with video 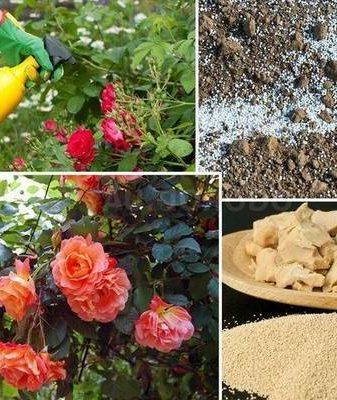 How to feed roses in spring
Briefly about caring for roses Every flower lover wants his bush to be lush, beautiful and ... 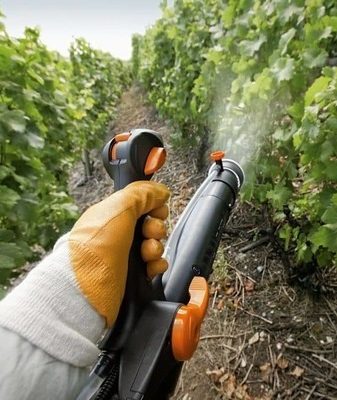 Foliar dressing of grapes
Care and gentle care is necessary for the grapes for good development and a good harvest. Therefore it follows ... 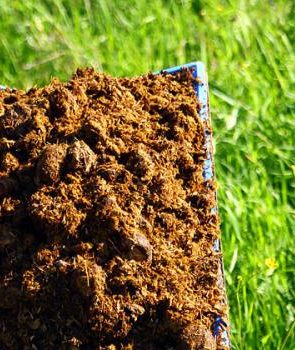 Feeding tomato and cucumbers with horse manure.
Horse manure, when applied as fertilizer, acts very quickly. In the first year - an increase ...
×