Everyone loves pickles or fresh cucumbers. However, growing this culture is not so easy. Cucumbers are very demanding on external conditions, they are very fond of watering, the sun. But is it possible to do today without bait? Probably not. Mineral, organic and complex fertilizers are gaining immense popularity every day. Without them, it can be very difficult to get a high yield. Therefore, at the moment it is very important to know how to properly feed certain crops. And today we will talk about cucumbers. Fertilization of cucumbers is carried out at various stages of crop growth.

The first feeding of cucumbers

When to start your first groundbait. Usually, cucumbers begin to feed 2 weeks after germination. And this means that as soon as two leaves have formed on the cucumbers, then you can feed. Usually, the bushes are first watered with mullein infusion, which is mixed with warm water, as well as a solution of water and bird droppings. Sometimes the following nutrient mixture is prepared: 10 grams of potassium salt, superphosphate, ammonium nitrate are added to 10 liters of water. And then watered with this solution up to fifteen bushes of cucumbers. The second groundbait is usually carried out also after two weeks. Remember that fertilizers should not fall on the stems and leaves of plants, water only the ground near the bush. 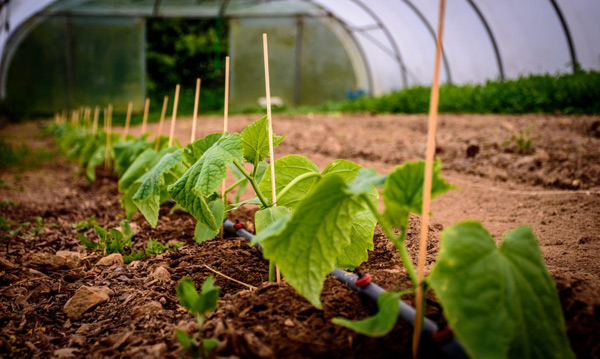 If you grow cucumber seedlings, then after transplanting the seedlings to a new habitat, they should also be fed. For this, gardeners often use Aquarin, Universal Crimira and other drugs. You can feed young plants with a weak solution of potassium permanganate. After you plant the seedlings in open ground, you can also feed the bushes with a solution of mullein or bird droppings. Can be poured over with a solution of wood ash. To do this, you need to dilute two glasses of ash in ten liters of water and water the plantings.

Top dressing of cucumbers in June

In June, the cucumbers begin to bloom profusely, the first fruit ovaries are formed, which means that it is time to feed the plants again. Complex fertilizers are usually used in June. If you want to prepare such a composition yourself, then you can take 25 grams of nitroammofoska, mix with Stimulus 1 and dilute the resulting mixture in ten liters of mullein solution. The resulting fertilizer is enough for 5 or 4 plants. Often cucumbers are poured with nettle infusion, for this, ten liters of water are poured into half a bucket of chopped nettle and insisted for five days. After that, the tincture is diluted with water, watered under the root. Very often yeast is used to feed plants in June. In order to prepare this growth stimulant, you need to take 100 grams of fresh yeast and dilute in 10 liters of water, let the resulting mixture brew for 24 hours and water the beds. 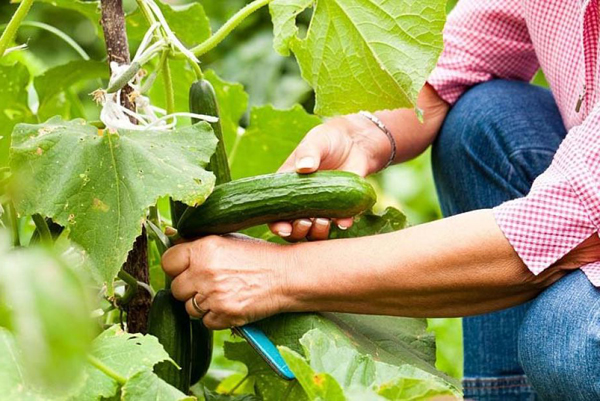 In order for cucumbers to grow well, you can also use a mullein solution with the addition of superphosphate, potassium magnesium and potassium sulfate. You can add micronutrient fertilizers to the resulting mixture. Sometimes, gardeners additionally add potassium nitrate, superphosphate and ammonium nitrate. If you want to try foliar feeding, you can dilute a little potassium permanganate and boric acid in one liter of water or a little superphosphate in ten liters of water and pour the leaves of the plants with the resulting solution. It also gives a good result.

During fruiting, the plant gives up a huge part of its strength, so during this period it is especially important to support the growth and development of the bush. During this period, cucumbers are often fed with an infusion of green grass, which is mixed with water. If we talk about mineral fertilizers, gardeners use urea, ash and potassium nitrate during fruiting. All this must also be dissolved in water beforehand.

If they grow poorly

If your plants do not grow well, it means that it is time for a new feeding. Of course, the plants may just need more sun or moisture. However, if you do not violate the rules of agricultural technology, feeding is still necessary. In order for the cucumbers to grow better, they are watered with onion peel infusion. Previously, the remnants of the onion are boiled in three liters of water and left for a day. After that, it is diluted with water and the bushes are watered. 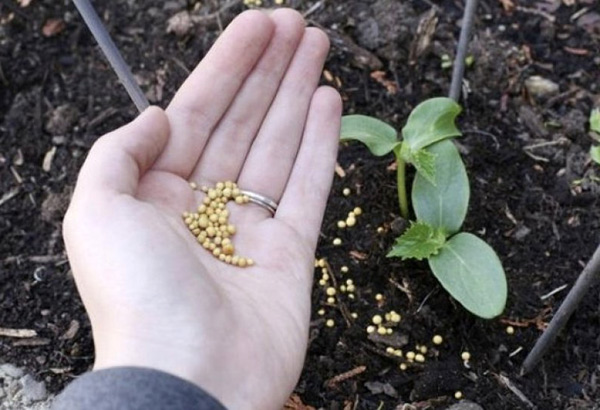 It is very common to see many yellow leaves on cucumbers. Maybe this is due to excess light or improper watering. However, with a deficiency of magnesium and potassium, the leaves also dry and turn yellow. And remember that with a lack of copper, the leaves turn yellow only upward, and if green streaks remain on the yellow leaf, then this indicates a lack of iron. Therefore, you just need to feed the soil with the missing microelements. Or you can just use herbal infusion of chamomile, nettle and tansy. Ash is added to the diluted herbal infusion and up to 1 liter of the resulting composition is added under the root, which is also previously diluted with water in a ratio of one to nine.

A solution of water using kefir can also refresh cucumbers. In order to prepare this fertilizer, you need to mix 2 liters of kefir with 10 liters of water, and then spray the bushes with the resulting solution. If your cucumbers are very pale, then this indicates a nitrogen deficiency in the soil, so you also need to apply appropriate fertilizers or just a tablespoon of urea diluted in 10 liters of water.

Fertilizing cucumbers: how much and when?

It is believed that in one spring-summer season, you need to make six or seven additional dressings. As we noted earlier, the first feeding can be done after the first two leaves appear on the plant, the second feeding is usually done while the plant is forming buds, the third - during the flowering of cucumbers, and the fourth when the plant begins to bear fruit. However, the periodicals can be formed depending on the climatic conditions, the characteristics of the growth and development of plants, therefore, adhere to our recommendations, but also take into account the conditions of your site, its natural and geographical position, as well as soil fertility.

Apple variety Papirovka - features and nuances of the variety

Blackberry feeding - how to feed blackberries in spring and autumn

Useful gooseberries on your site: we will tell all the secrets + photos!