Terry petunia, like everyone else, belongs to the nightshade family. This plant was created by man and nature. It has been created by breeders, amateur breeders and biologists for several years. This magnificent plant, which blooms very beautifully, will be able to decorate absolutely any part of a flower bed or park. We live in the twenty-first century, progress does not stand still, and now breeders have already developed several new varieties of shaggy petunias that are able to respond well to adverse weather conditions, for example, strong winds, multiple rains or droughts.

Uniqueness and presentation of terry petunias. 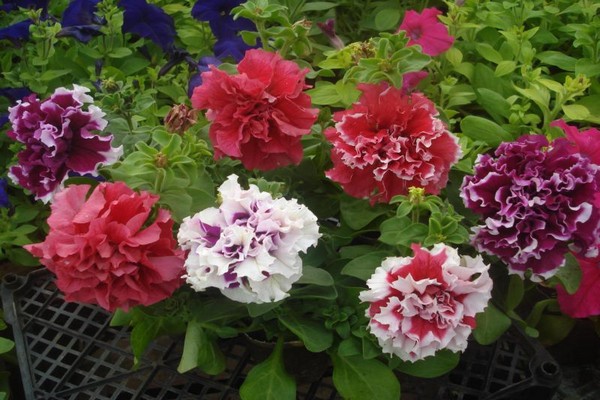 Consider the characteristic features of the terry petunia variety. 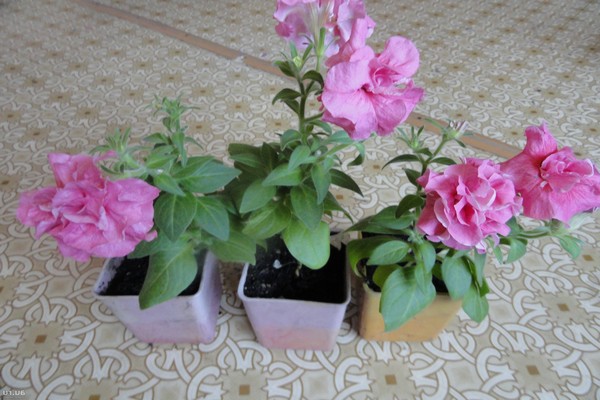 Consider a few recommendations for cultivating this variety.

The best new varieties according to experienced breeders.

There are three main new varieties and they are considered the best. Let's take a closer look at each of them. 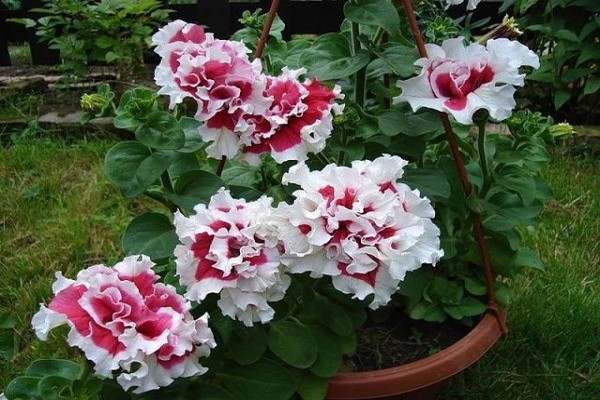 The first specimen is a two-color petunia duo.

It is a shrub with many branches, about thirty to thirty-five centimeters high.

The flowers on it are small and lush. It blew its name - the plant got it due to the fact that there are two colors on its flowers.

Excess moisture will not do anything to the plant. And it will delight you all summer long.

The second instance is petunia burgundy.

These are petunias with burgundy flowers.

The bushes are low, there are many flowers, the diameter of one inflorescence is about seven centimeters.

This plant is sometimes called multiflora or multiflora.

The variety is also quite resistant to not very good climatic conditions.

The plant blooms throughout the season from May to November.

The third instance is the Double Cascade Burgundy.

Double cascade burgundy is also a lot of large-flowered terry petunia, it is a little unusual.

The stem of the plant is short.

The flowers are very large, the corolla can be up to twelve to thirteen centimeters in diameter.

The growth of the bush is only two dozen centimeters.

This is an ornamental plant, it is used to decorate balconies and loggias, sometimes flowerpots. 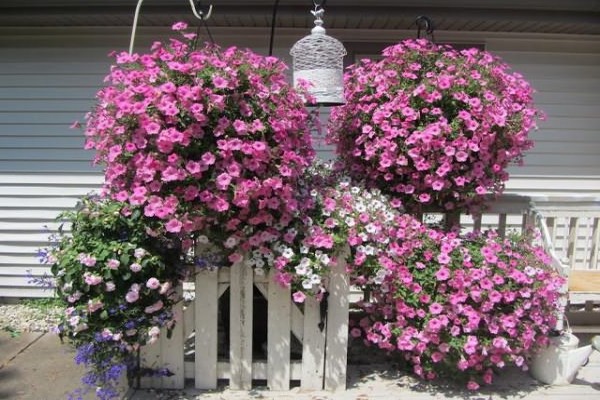 What are the pros and cons of terry petunias?

As positive aspects some advantages of this variety can be noted.

Disadvantages of this variety.

There are not many of them, but unfortunately they are. 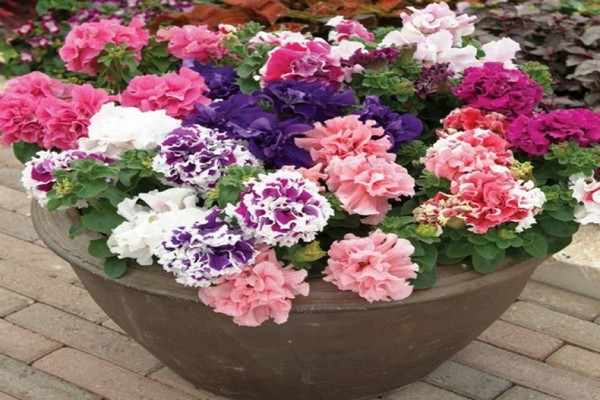 New petunias are planted and developed not only in Russia, but all over the world. There is a universal designation for petunia in Latin - petunia xhybrida. Which, in fact, translates as petunia - hybrid.

Plastic bottles - for the garden with their own hands, watering + photo

Repairing raspberries in the garden: revealing the secrets!