Grapes are a berry crop from the grape family. When cultivating this plant, care must be timely, high-quality and delicate. Grape picking is a procedure for getting rid of extra shoots from the culture. It is from this event that the future percentage of the harvest depends. In addition, when cutting off extra stepsons, you thin out the bush, that is, you provide better permeability for the circulation of fresh air, thereby reducing the risk of various fungal infections. 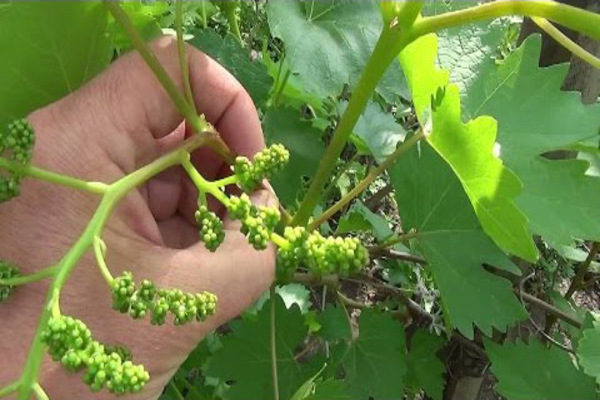 Stepsons or axillary shoots are young developing branches. It is recommended to remove them so that the bush does not overly thicken. It is important to know that on a grape bush, stepson's foliage is needed, because due to their presence, the work of photosynthesis is more stable. But by the time the berries begin to pour and sugar, such leaf plates lose their material, and it is necessary to pinch the grapes.

Is there a need to remove stepchildren.

The very formation of stepchildren on a grape bush is a natural process. But all stepchildren develop and grow individually. Their growth and development depends on:
1) varietal accessory of grapes;
2) the number of fruits;
3) compliance with agrotechnical rules;
4) weather conditions in the region;
5) fertilization and dressing, etc.

But it is important to take into account that on those bushes where there are not so many fruits, there will be a lot of stepchildren, but on the bushes with the maximum amount of harvest, there will be a minimum percentage of stepsons. It is worth noting that the most active growth of stepchildren is observed after the clothespin procedure, or after the minting of plants. These procedures are usually carried out either before the beginning of flowering in the crop, or after.

The danger of unnecessary stepsons. 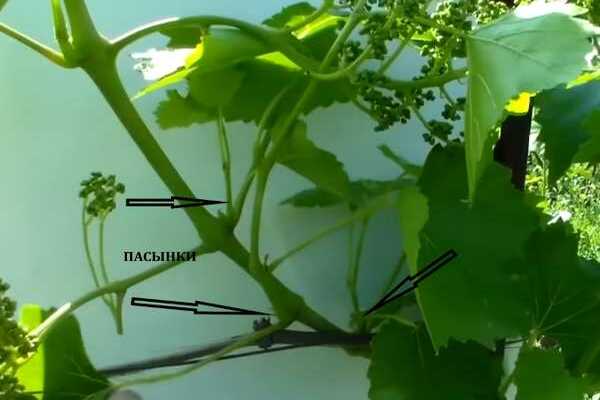 Stepsons are dangerous because they thicken the bush, that is, they interfere with the free circulation of air. They also take away the percentage of nutrition from the culture itself, that is, they prevent it from developing and bearing fruit in full measure. Due to insufficient air circulation, plants can develop fungal infections. For example, a bush can get sick with diseases such as oidium and mildew. A large amount of foliage in grapes can only be left with a high percentage of trace elements, macronutrients and nutrients. In any other case, the bush will have a disruption in the work of photosynthesis.

When to remove stepchildren.

To cut off stepchildren, you need to start in early spring, and continue throughout the season.

With the help of which you can cut the stepsons.

This can be done with a clean and sharp tool. You can also use a pruner.

What stepsons need to be removed. 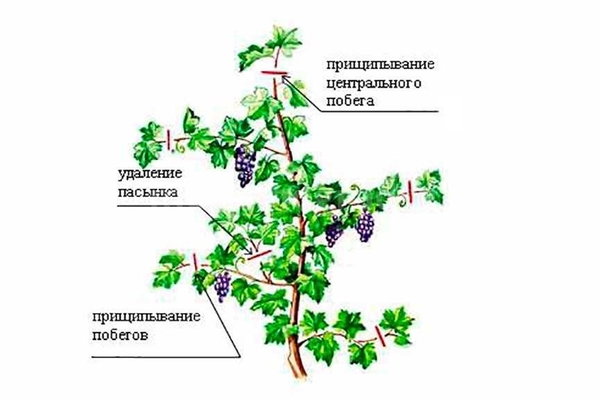 The stepsons need to be removed even before they become wooden, that is, at an early stage, when they are green. It is during this period that they can be easily broken down, and not injure the plant. And also during this procedure, you can carry out the garter of the plant.

With this method, the stepsons will not grow back, and the wounds on the grapes themselves will quickly overgrow and the plant will not be able to be struck by various infectious diseases.If you also plan to carry out the procedure for minting a plant, then you need to leave a large number of axillary shoots. This will serve as the basis for a good ripening of the grapes. You need to be guided by the calculation: one kilogram of fruit for twenty-five pieces of leaf plates.

How to correctly pinch.

Often, garden lovers completely remove stepchildren, cutting them off at the base. But it is important to know that all axillary leaves cannot be removed, and some nuances must also be taken into account. 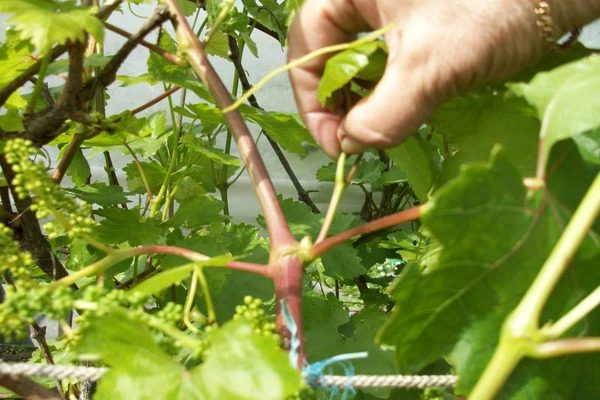 It is interesting to know that in the bosom of the leaf plate, at the same time with the stepson, an eye and buds begin to form. For the next season, this peephole can give a fruiting shoot. And if you completely destroy the stepson, then this kidney is removed. This threatens that next year only weak and low-fruiting shoots will develop. Therefore, it is optimal to simply pinch the shoot, they break it out entirely.

It is not necessary to preserve overwintering buds, because when pruning they are cut off to a knot. And you need to take into account the fact that the vine that bears fruit is not cut off entirely. That is why some percentage of hibernating buds are retained. It is also needed in order to remove plants for grafting. Thus, we come to the conclusion that the stepson can be completely removed, but after eight to ten days, a new axillary shoot will appear on him, so we will have to repeat the activities again.

It will not be superfluous to take into account the fact that the greater the percentage of foliage on the plant, the better the synthesis of organic elements occurs. But if the axillary foliage prevents the plants from obtaining solar nutrition, then it must be removed.

The first way to remove stepchildren is the classic one.

There are several recommendations and interesting facts.

There are several guidelines.

It consists in leaving about two to four leaves on each stepchild's shoot. There are several recommendations for its implementation.

Advantages of the third method.

What can be done with remote stepchildren.

Nothing useful, stepchildren can not bring. Therefore, after cutting them, they must be destroyed, since they can carry a threat of disease, or all kinds of infections. 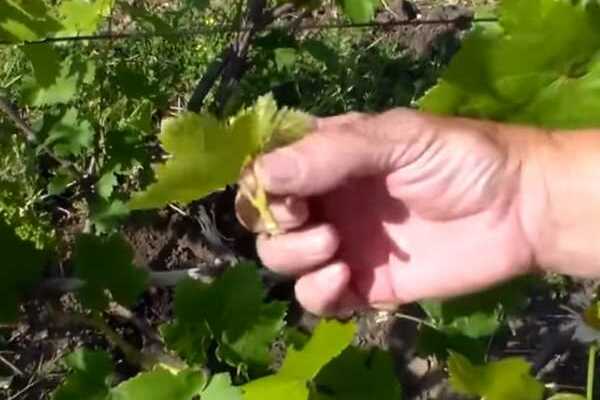 Is it possible not to carry out pinching of grapes at all, or how to get a harvest from stepchildren?

A large percentage of inexperienced gardeners do not carry out pinching of grapes. After all, inflorescences can also form on stepchildren, clusters grow. This option takes place only in the southern regions. And yet, if you leave stepchildren, then most of their inflorescences will need to be removed. So that they do not take a large percentage of food from the main bunches. This can threaten with the fact that the berries will ripen much longer, or not at all. In regions with a cool climate, grape flowers on stepchildren should be harvested immediately. This is especially important for medium varieties as well as for late varieties.

Under what conditions can you get an additional crop from stepchildren.

There are several conditions.

Grape growing is a very important part of the cultivation of the culture. It ensures correct farming practices as well as a bountiful and stable harvest.

When to harvest spinach and how to do it? TOP secrets with video

The most useful weeds of the garden: TOP 6