Gooseberries have long been a regular guest on many household plots. Basically, gardeners love him precisely because the shrubs are completely unpretentious to care for. And, as a rule, you can hardly care about it. Only water if droughts occur. And also inspect shrubs for pests and insects. The Spinefree gooseberry is a truly eye-catching variety.

And not only from inexperienced gardeners. And also on the part of those who have been carrying out their activities in vegetable gardens and in personal plots for a long time. Spinefree gooseberry is a variety that is distinguished by active and stable fruiting. And also has a stable immunity to various kinds of diseases. It tolerates frost very well. And this is especially true when you consider how severe Russian winters can be. 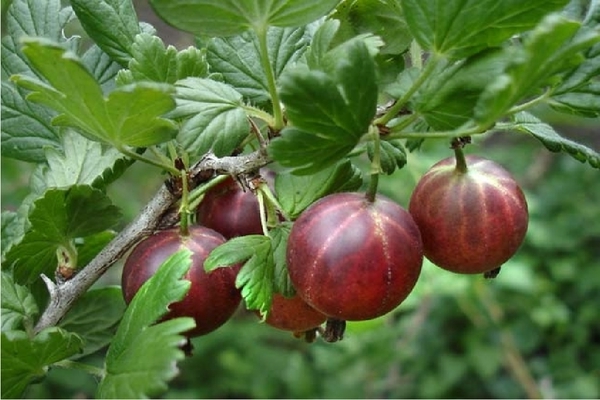 In the description of the Spinefree gooseberry variety, there is an indication that the variety belongs to the late varieties of fruit and berry crops. It is a fairly tall, vigorous plant that produces very powerful shoots. Their height can reach more than one meter. The bush is spreading, but in moderation, its crown is spherical. The bush has practically no thorns on the shoots. Or there are so few of them that it is almost impossible to notice them. And they themselves do not cause any inconvenience to the gardener. Leaves are typical for gooseberry crops. Namely: light green, rather large.

As for the flowering of the Spinefree gooseberry shrub, it usually falls in the May period. Gooseberry fruits ripen at the end of summer. They are usually quite large. They can change color as they ripen. First, these are green fruits. And then they turn into deep red berries. The weight of one berry is quite large - about five grams. The berry itself is very dense. It does not crack on the branches even when it is fully ripe, and the gardener has not yet had time to harvest the entire crop in its entirety.

Spinefree gooseberries are quite calm about the realities of Russian climatic conditions. Shoots, as well as the root system, can safely withstand temperatures as low as -34 degrees. And this is a significant indicator. Gooseberries are also drought-resistant. What you should pay attention to. This favorably distinguishes this variety from all the others. Because it is very important for shrubs to be resilient. Then the gardener will not spend too much time on leaving, preparing for frosts or excessive droughts.

Fruiting, as we have already noted, is quite stable. Spinefree gooseberry yields are much higher than many other varieties. Gooseberries can grow well in well-lit areas. Great for sunny areas. Therefore, it is possible not to choose shaded areas. The berries will not wither or bake in the sun. And this is a huge advantage. In addition, the Spinefree gooseberry is a variety that is unpretentious to care for. And also does not require regular and abundant watering from the gardener.

Spinefree gooseberries have excellent taste. The gooseberry variety will appeal to those who do not like berries with a pronounced acidity. The variety differs in that sweetness prevails in the taste. As well as a special aroma and pleasant aftertaste.The Spinefree gooseberry crop is very versatile. Because it can be stored for a long time. And also transport over long distances. Because from this, neither the external nor the taste will change at all. You can make jam and jam from berries. Berries can be added to compotes or other berry drinks. 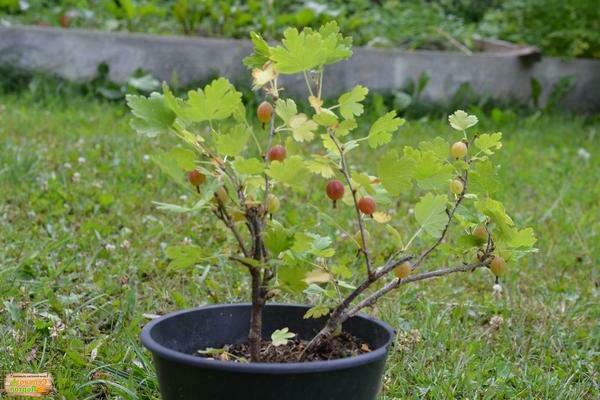 Of course, some features of the reproduction of the Spinefree gooseberry should be noted. It mainly reproduces vegetatively. Cuttings are capable of the simplest and easiest rooting. Therefore, even an inexperienced gardener can handle this. The easiest way to propagate gooseberries is by basal shoots. They also root very easily and grow much faster. And they also become more resistant to various diseases or pests.

It is best to breed at the very beginning of spring. To do this, take shoots and press them to the ground, fall asleep with it. You can use homemade metal or wood clips. And also purchase them in specialized stores for gardeners. Layers should be monitored very carefully during the season. And closer to autumn, you can transplant the Spinefree gooseberry variety to a permanent place for its further growth. 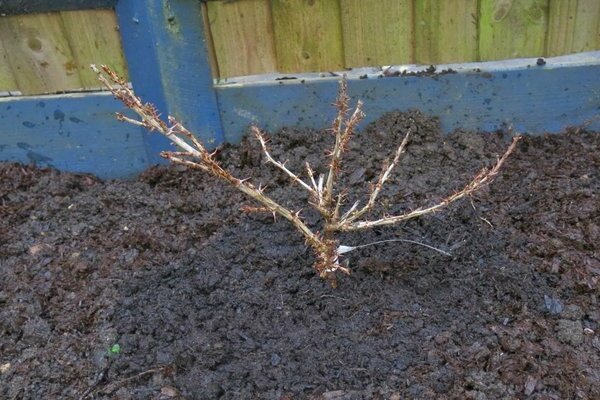 As a rule, the best time to plant Spinefree gooseberry seedlings is either spring or fall. In spring, gooseberries can be moved to a new growing location around the end of March or early April. By that time, the soil will have time to warm up enough. And the risks that return frosts will appear are reduced to the very minimum.

If we are talking about the autumn period, then it is best to carry out the work around the end of September. Or in the very first decade of October, so that the seedling has time to take root before the frost begins. It is during these periods that the plants will also have time to fully adapt to the conditions. This will play a very important role in the life of the plant.

A site for planting Spinefree gooseberries should be selected in advance. For this, a sunny hill is best suited. But at the same time, the bush must be protected from excessively windy weather or from drafts. The soil should be loose and fertile. Because heavy soils simply won't give the gooseberries enough strength to grow. Which will negatively affect the entire seedling. It will not bloom, bear fruit, and generally grow.

It is usually best to prepare the Spinefree gooseberry soil material about 14 days before the seedling is placed in it. To do this, the soil is carefully dug up, all the weeds are selected and fertilized with organic matter. As a rule, they take humus for this. Holes are also dug in advance. The distance between the bushes should be about a meter, or even more. Each site should be generally compact. You can also install trellises so that the bush curls around them. The size of the landing pit is on average 50x50 centimeters. And the depth should be a little more than half a meter.

Drainage is installed at the bottom of the hole. And a mixture of soil with mineral fertilizers is poured on top. To do this, take rotted manure, wood ash. As well as seperphosphate and limestone. It is also recommended to add potassium sulfate. It is an excellent soil enhancer.

The choice of planting material 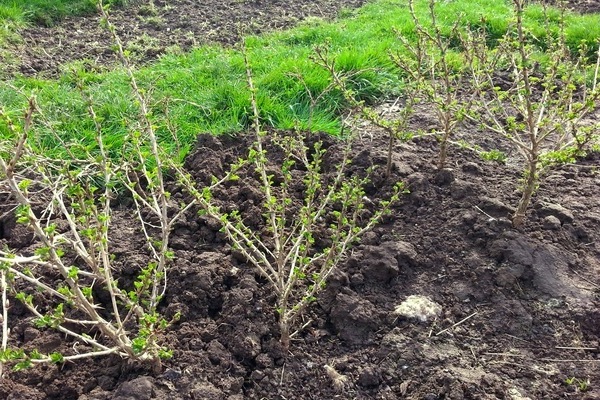 In order to get a more plentiful harvest of Spinefree gooseberries in the future, it is necessary to prepare not only within the site. It is best to carefully consider the choice of planting material. These should be strong and healthy seedlings, the root system should also be strong, not damaged. And also without scratches or other deformations that may affect the quality of the future harvest and, in general, the growth characteristics of the plant. 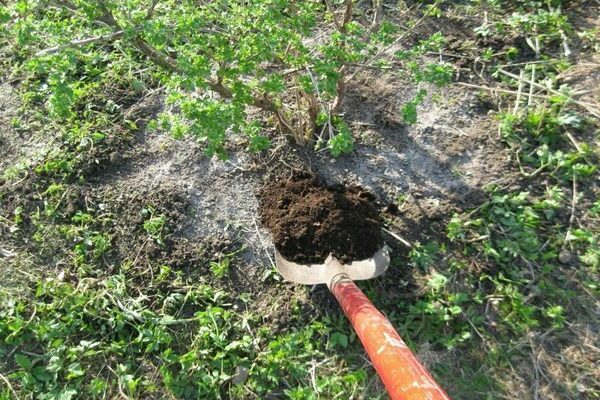 As for the Spinefree gooseberry feed, it should be applied in accordance with a certain scheme. In the first 1-2 years, it is best not to feed the bush with anything. Because it takes all the nutrients from the soil. In the third year, you must adhere to the following algorithm:

There are also additional feeding. For example, before the buds begin to bloom, the shrubs should be treated with a solution of copper sulfate. It will cleanse the plant from pests. And also, in general, it will perfectly strengthen the plant before the new season of flowering and fruiting.

Loosening the soil is a separate process, let's talk about it separately. The Spinefree gooseberry root system requires that it be well ventilated. Therefore, you should very carefully loosen the soil right around the trunk circle. It is especially important to take care not to damage the superficial root shoots. Therefore, it is best not to drive the loosening tool deeper than five centimeters into the soil. 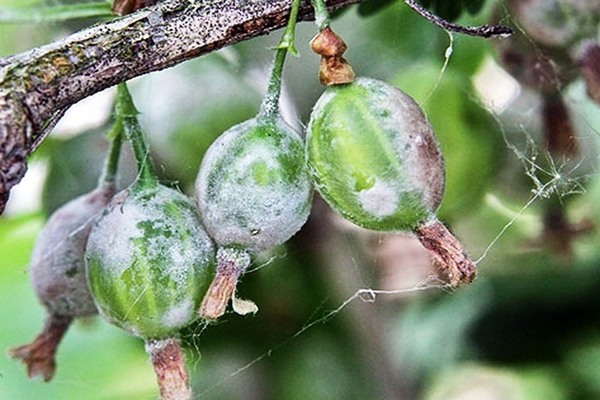 As for the treatment of Spinefree gooseberries from pests, there is no need for them. Because this variety is quite resistant to diseases such as powdery mildew. But for preventive purposes, the gardener can treat the plant with drugs that contain copper.

Pruning is also a fairly standard process and is no different from the process of pruning other plants and crops. Including gooseberries, which simply belong to other varietal positions. Old and damaged branches are removed, as well as all root shoots. Because it can interfere with the plant. And also take away all energy and vitality from him.

There are also no special instructions for preparing for the winter period. The Spinefree gooseberry variety has a high level of frost resistance. Therefore, it is possible to introduce moisture-charging irrigation, which will have a good effect on the root system, the Spinefree gooseberry variety. For one bush, this requires an average of 30 to 40 liters of water. It all depends on the size of the shrub and its age.

As a rule, Spinefree gooseberries are really very unpretentious. Both beginners and experienced gardeners love him very much. It does not require special attention and care, which is very convenient.

Spinefree gooseberry: video about the variety 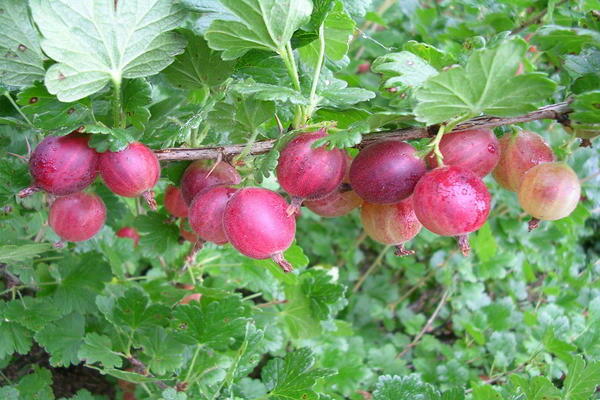 Gooseberry Rodnik: reviews, the main secrets of growing with photos 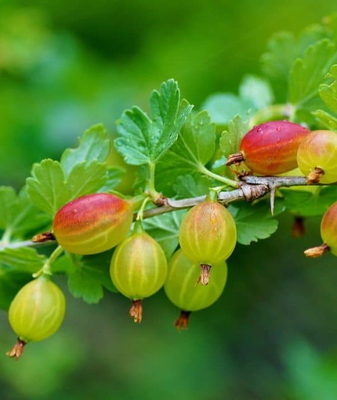 Gooseberry Tender
The gooseberry is a popular plant, so it grows in almost every gardener. He is usually imprisoned ... 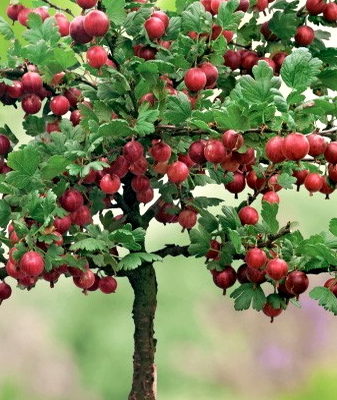 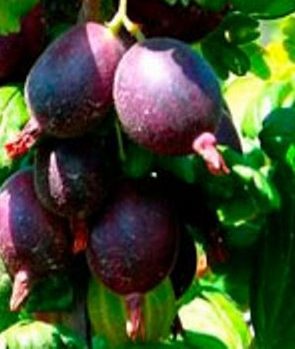 Gooseberry Chernomor
Many gardeners and gardeners have been cultivating Chernomor gooseberries for more than one year. This variety, ...
×