The gooseberry variety "Pink 2" deservedly enjoys the love of domestic gardeners: it tolerates winter cold well, successfully resists diseases, and its berries have excellent taste characteristics. All this makes this variety one of the best. However, the gooseberry "Pink 2" still requires strict adherence to some agrotechnical recommendations. How to properly grow this variety of gooseberries, how to take care of it in order to get an excellent harvest, will be discussed in this article. 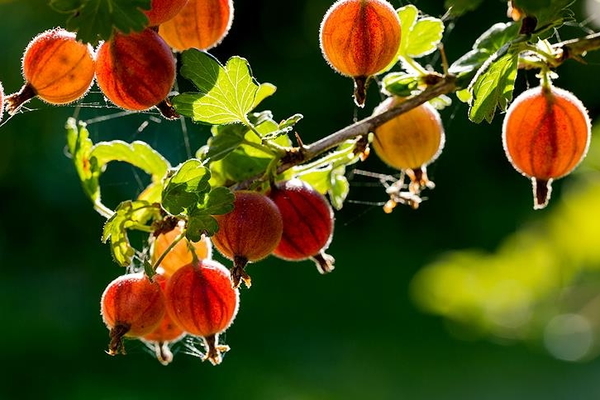 The gooseberry variety Pink 2 owes its origin to Moscow breeders who crossed such popular gooseberry varieties as "Date" and "Seed Lefora". Since 1971, it has been present in the State Register and is recommended for cultivation in the central part of Russia and Eastern Siberia.

This variety belongs to medium-sized varieties, its bushes can grow up to one and a half meters and do not tend to grow unnecessarily. Young shoots are characterized by a green color and no edge. They tend to grow straight, are of medium thickness and are flexible. In the process of lignification, their thickness increases, and the color changes to light gray with dark stripes.

Gooseberry Pink 2 has a long fruiting period: in favorable conditions, it can last about 20 years, sometimes longer.

Gooseberry varieties Pink 2 are classified as medium early varieties. During the fruiting period, oval raspberry-colored berries are formed, covered with a waxy bloom. The subcutaneous part of the fruit has a sweet taste and is covered with a thin skin. The berries of this variety are rather large and can weigh about 10 g, more often from 5 to 7 g. Fruit ripening occurs starting from 2 or 3 years of life of the bush. 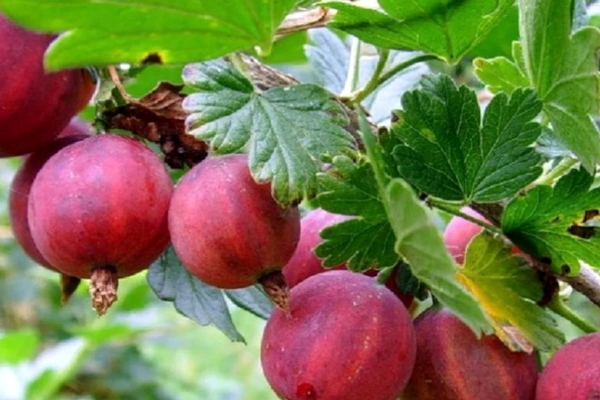 The gooseberry variety Pink 2 has a number of positive qualities that have allowed it to become one of the recognized favorites in domestic gardening.

Along with the advantages, the gooseberry variety Pink 2 also has disadvantages. These include his preference for soil and growing conditions.

How to plant a gooseberry variety Pink 2

Gooseberry is a light-loving crop, so when choosing a place to plant it, you should give preference to well-lit areas, sheltered from the through wind.

The gooseberry variety Pink 2 is quite picky about the composition of the soil and loves fertile loamy or sandy loamy soils of weak acidity. Acidic soil can be corrected by adding lime or dolomite chips.

Rose 2 gooseberries are extremely sensitive to moisture stagnation in the soil, so low-lying areas should be avoided when planting them. Excessive soil moisture has a detrimental effect on this culture and provokes rotting of the root system of gooseberry bushes. 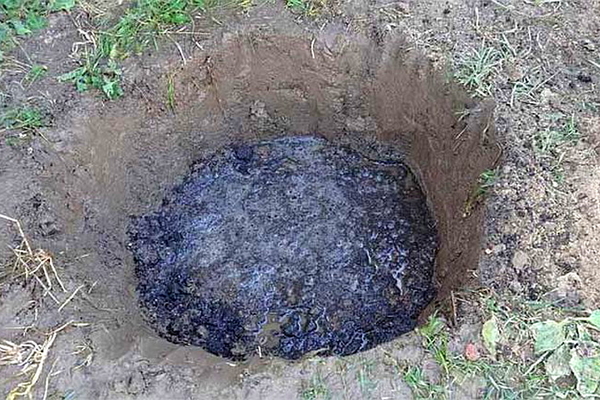 It is recommended to prepare the soil in the area chosen for planting gooseberries in advance. The distance between the planting holes should be 100-150 cm, the interval between the beds should be 200-250 cm.The depth of the planting hole is about half a meter, and the diameter is about 0.6 m. It is recommended to pour a substrate that can be prepared on your own at the bottom of the hole. For this, the following components are suitable:

The resulting complex of nutrients should be mixed with soil and placed on the bottom of the planting holes in the form of a slide. A seedling is placed on its top, and its root system is straightened along the slopes. Then it is necessary to cover it with earth, deepening the root collar by 2-3 cm. The soil around the seedling must be thoroughly tamped and shed with water, and the plant itself must be cut off, leaving from 3 to 5 buds on the shoots.

The optimal time for planting gooseberries Pink 2 is autumn or spring. Only the most experienced gardeners dare to plant in the spring - the favorable period for this procedure is very short and takes the interval between thawing of the soil and swelling of the buds.

Delay is fraught with inhibition of the adaptation process of the seedling and can lead to irreversible consequences for its growth and development. Autumn planting is possible for a longer period and stops 1-1.5 months before the arrival of the first frost.

Gooseberry Pink 2: video about the variety

Caring for the Pink 2 gooseberry includes watering, loosening the soil, weeding, pruning, top dressing, and preventive measures against pests and fungal infections. Without adhering to these necessary rules, the variety will not reveal all its advantages and will not produce a bountiful harvest.

Below is a more detailed discussion of all procedures for sweat care for gooseberries of the Pink 2 variety.

Proper watering is vital for the proper development of the Rose 2 gooseberry - excess moisture in the soil is detrimental to it, as is drought. The plant especially needs water during the period of rapid growth, formation of ovaries and ripening of fruits. On average, 10 liters of water are consumed per bush, the optimal frequency of watering is every 10 days.

Weed weeding is also an integral part of gooseberry care. Weeds not only spoil the appearance of the site, but also deprive garden crops of nutrition, and also provoke stagnation of moisture in the soil and create favorable conditions for the development of fungal infections.

Another important procedure is loosening the soil around the gooseberry bushes. Thus, the soil is enriched with oxygen.

Pruning is necessary at certain times in the spring and fall. Different types of pruning have different purposes:

Gooseberry Pink 2: video about the variety

Gooseberry variety Pink 2 is very responsive to top dressing. It is recommended to carry out this procedure several times during the season according to this algorithm: 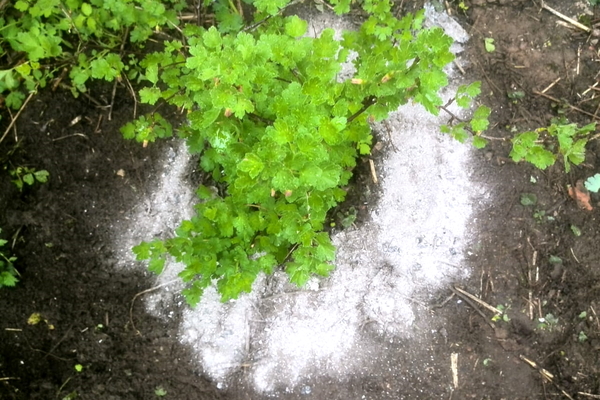 Despite the resistance of the variety "Pink 2" to diseases and pests, it is recommended not to neglect preventive measures to combat this threat. The best time to process gooseberries is early spring.

For these purposes, folk recipes are useful. So, it is enough to dilute 1 kg of wood ash in a bucket of water to get an effective remedy for protecting gooseberries from infections. It is also recommended to spill the kidneys before they swell with hot boiled water. You can also use ready-made chemical solutions for processing, for example, Bordeaux mixture.

Shelter for the winter 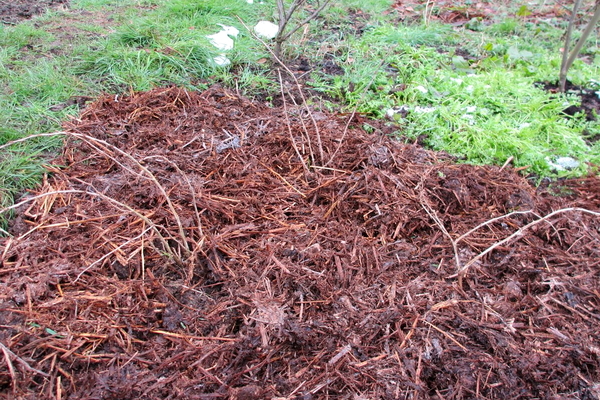 Preparation for wintering begins with cleaning the site from dead and dry foliage, which serves as a refuge for spores of fungi and pest larvae. Otherwise, with the arrival of spring, they will come to the surface and spread to the plant weakened by the winter cold.

The cleaned earth should be dug up and superphosphate added. The gooseberry bushes themselves are recommended to be sprayed with antifungal drugs and insecticides, and the space around the trunks should be thoroughly moistened and covered with mulch.

The protective layer for mulching is made from peat or compost. Mulching will protect the plant's root system from freezing, retain heat and moisture in the soil. In other shelters, for example, made of non-woven material, gooseberries of the "Pink 2" variety do not need. 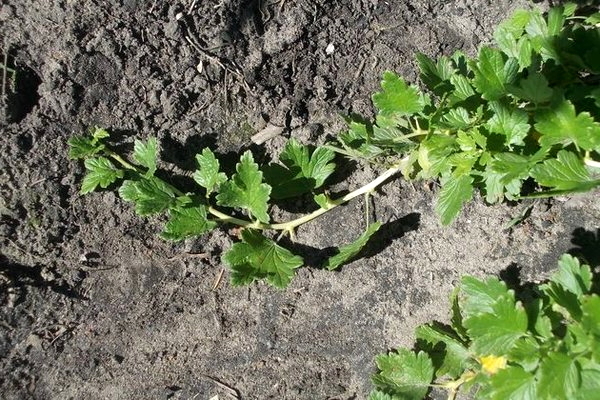 Reproduction of gooseberry Pink 2 can be carried out in several ways.

The method of vertical layering from an adult plant involves spring pruning of all old shoots and shortening of young branches. This procedure will provoke rapid growth of fresh growth. After pruning, you need to huddle the bush - this will allow the shoots to form a root system. In the fall, they can be separated from the parent bush and transplanted separately.

The horizontal layering method is applicable to young plants. For these purposes, shoots sticking to the ground are suitable - they should be bent even more to the soil surface and laid in specially dug trenches, fixing and filling them with earth. Then you should water the garden abundantly. If the shoots successfully form an independent root system, they can be separated and planted separately from the bush.

It is also possible to propagate gooseberries by cuttings. To do this, in July, green segments are cut off, rooted in containers with soil and grown in greenhouse conditions for the next season. 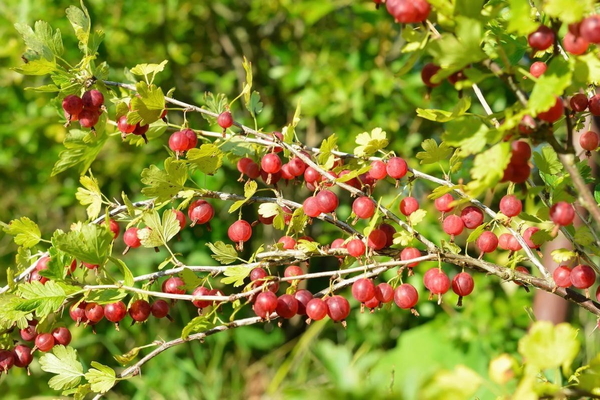 The gooseberry variety Pink 2 has every reason to be considered a favorite of domestic gardeners. The reason for this is its many advantages, which include its winter hardiness, the ability to resist fungal infections and pests, as well as high decorative qualities and a bountiful harvest of large tasty berries of a beautiful shade.

Despite the rather high degree of sensitivity of the Pink 2 gooseberry to compliance with agrotechnical recommendations, all the efforts spent on its cultivation will undoubtedly pay off at the end of the season, after the harvest. Berries of the gooseberry variety Pink 2 not only have an excellent taste, but also have a long shelf life and tolerate transportation well. And their versatility allows them to be eaten not only fresh, but also as canned food, as part of culinary dishes and drinks.

Cherry yield: TOP tips on how to increase the yield!

Pruning raspberries in the spring: TOP rules, how is it right? + video 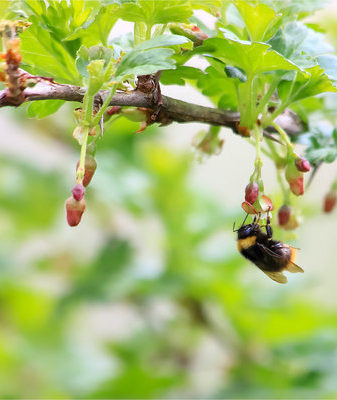 Gooseberry care, planting, protection
The article describes in detail the care of gooseberries, the rules for planting it, protection against diseases, pests. ... 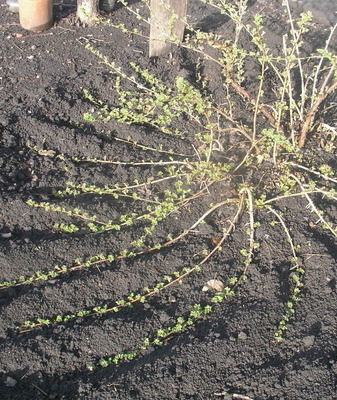 Gooseberry propagation: all methods
The article discusses in detail the breeding of gooseberries in different ways, in different seasons. ... 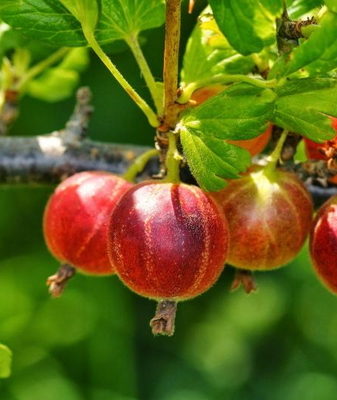 Gooseberry Anniversary - characteristic of the variety, stages of cultivation
Gooseberry is one of the most widespread horticultural crops in Russia. Volumetric ...
×