The article presents the gooseberry Malachite: description of the variety, rules of cultivation, care, protection.

To many gardeners, gooseberries resemble cherry plums and grapes in their shape and color. For this reason, the gooseberry is also called the northern grape, Russian cherry plum. However, the gooseberry's closest relative is the currant. Gooseberry is a fairly common crop; it is found almost everywhere. The exceptions are South America, Australia and Africa. In our country, this culture is in fairly high demand, gardeners love gooseberries for their sweet berries, as well as for the universal use of fruits. 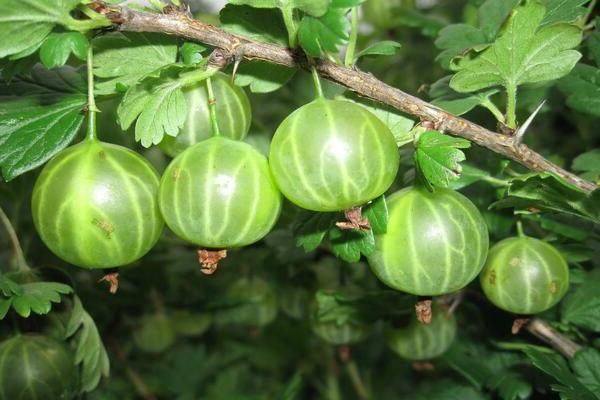 The gooseberry variety Malachite was bred by breeders relatively recently. Gooseberry is a culture spread throughout the world, including in our country. Gooseberries came to Russia in the middle of the 16th century, and this plant was called "kryzh" or "bersen". In the wild, the gooseberry bush has a large number of berries that are too small and not sweet, as well as many thorns. Wild gooseberry bushes do not have a high yield.

Gooseberry Malachite was bred in 1959 by crossing varieties such as Black negus and Date.

This gooseberry variety compares favorably with other varieties. Malachite bears rather large fruits, has a high level of productivity, and also has a beautiful color of berries, thanks to which the variety got its name. In its height, the shrub reaches, as a rule, one and a half meters, the top of the bush has a spreading shape. At the same time, in part of the rhizomes, the shrub grows quite compactly. Young stems, painted in a delicate greenish tint, have a slightly pubescent texture. In the second year, there are thorns on the stems, which are located quite rarely along the entire length of the shoot.

In its mass, one fruit reaches, as a rule, 5 - 6 g. The berries are colored in a bright greenish tint. When the fruit ripens completely, it becomes with an amber tint, the fruits have a thin skin. The veins inside the fruit are clearly visible, the pulp of the berries contains many small seeds.

As for the tasting ratings of this variety, gardeners give 3.9 out of 5 points. By their structure, the berries are quite dense, have a bright gooseberry aroma, have a high degree of transportability, and the fruits can be stored for a long time.
According to its purpose, this gooseberry variety is universal. It is perfect for making sweet dishes, various preparations, and also the berries are wonderful fresh.

This gooseberry, as a rule, begins to bear fruit in the second year of its life, and produces its berries for 15 years. The very peak of fruiting falls on the period from 3 to 5 years of plant life, after which the yield level becomes lower. However, if you follow the basic rules of agricultural technology of this variety, then fruiting can last longer. When choosing a site for planting this gooseberry variety, it is better to give preference to well-lit areas where the groundwater is not too high. Gooseberries will show good yields on well-fertilized lands, the soil should have a fairly light structure. It is necessary to apply additional fertilizing to the soil carefully.

Let's talk about how to properly plant this gooseberry variety. It is best to purchase planting material from specialized nurseries or garden stores. The root zone of the shrub should deepen into the ground by 5-6 cm. So the plants will be able to quickly form replacement roots, the gooseberry will better tolerate the transplanting process. For planting a plant, it is better to choose autumn time or the beginning of spring, when sap flow has not yet begun. Young gooseberry plants should have 3 to 5 shoots.

If, before planting a shrub, you find deformed roots, then treat them with a disinfectant solution, and also treat them with ash. In this case, the stems must be shortened, leaving the ground part by 10-15 cm. The ideal length of the shoots is the length of the main rhizome of the plant. If the area for planting gooseberries is too small, then the plants can be compacted a little. But the plantings should not be too thickened, since it will be difficult to care for such plants. In addition, placing plants too close to each other negatively affects the quality of the berries. Fruits need plenty of sun to make them more sugary. For this gooseberry variety, the best option would be a distance between plants of about 700 cm - 1 m.If you plant gooseberry shrubs in rows, then there should be a distance of 1.4 to 1.8 m between the rows. Such plants are planted by about 0.5 - 0.6 m.

After your plants are planted in the ground, compact the root zone well. When planting gooseberry bushes, you should not add additional fertilizer to the planting pits. This is best done after the shrub has taken root. Do not forget to water your plants well after planting, if the soil is light enough and has a large amount of sand in its composition, then the consumption per plant will be about 10 liters of water. This applies to planting in the fall. If you are planting shrubs in the spring in a sufficiently moist soil, then reduce watering by 2 times. 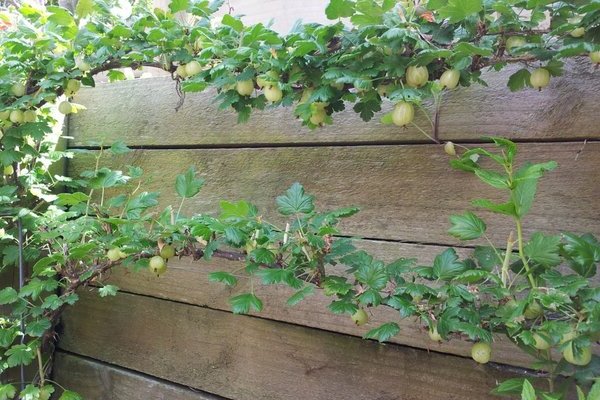 Caring for this gooseberry variety is practically no different from the agricultural technology of other berry crops. Young stems, which belong to the first order, form flower stalks in the spring time next year. For this reason, two-year-old shoots need to be removed periodically, so that there is no too thick bush crown. Also, regular thinning of plantings will minimize the risk of contamination of your plants with diseases and harmful insects. In addition, too densely growing shrubs do not show the best results in terms of yield. The berries become too small and sour.

You can install rigid supports around the gooseberry bushes, which will have a round or square shape. The diameter of such supports should be larger than the diameter of the shrub itself. As a rule, such a support in its height reaches 50 - 60 cm. Gooseberry shoots with such a support easily lean on rigid structures.
The most successful and popular way to create support for the shrub is to install trellises. This option is good in many ways.

How to propagate gooseberry Malachite? As for the propagation of bushes, there are several ways. For these purposes, the gardener often uses layering, cuttings, seeds. In addition, you can divide the bush, and also use grafts.

About diseases and pests of gooseberry Malachite

Although the green gooseberry Malachite has a fairly strong immune system, it is sometimes attacked by various diseases and harmful insects.

It is worth noting that chemicals should only be used in the most extreme situations. This is especially true of the period when plants form fruits. After the plants have been treated with chemicals, berries can be harvested no earlier than 14 days later. At the same time, the berries must be washed very well before use.

As for diseases, this variety has a strong immunity against powdery mildew, but other diseases can occur on plants.

If you see brown spots on the foliage of plants, then most likely it is septoria. zinc, boric acid, and manganese sulfate are often used against this ailment.

Often, green gooseberry Malachite is affected by anthracnose. this disease can be recognized by the dark brown color of the leaves. Over time, they begin to fall off. To overcome this disease, you can use a solution of copper sulfate.

As for goblet rust, this is also a fairly popular disease among gooseberry crops. Such a disease is determined by examining the inside of the foliage of the plant. There, spores of a red color are formed, over time, the leaves curl, and the berries are deformed. Goblet rust can completely kill a shrub in a fairly short time. Bordeaux mixture is used as a control and prevention measure.

Black currant Nyura: TOP reviews, ALL secrets of the variety with a photo

How to plant cherries - the secrets of growing and care 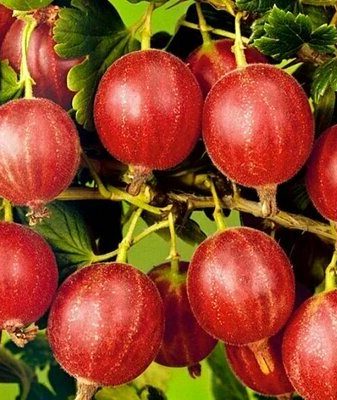 Gooseberry Mashenka
Introduction Mashenka is a gooseberry variety that belongs to the genus of thornless. He's been around for a long time ... 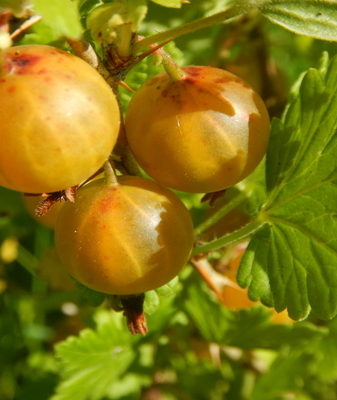