The most common and well-known fruiting shrub is the currant. Indeed, in almost every suburban or summer cottage, currants have taken root. There are such varieties of currants as white, pink, purple, black, yellow, green. But these are just names, when divided according to morphological characteristics, only two types are obtained - black currant and red currant. It turns out that the rest of the colored currant bushes are varietal varieties. Red currants include yellow, pink, white, and black currants include green and purple. 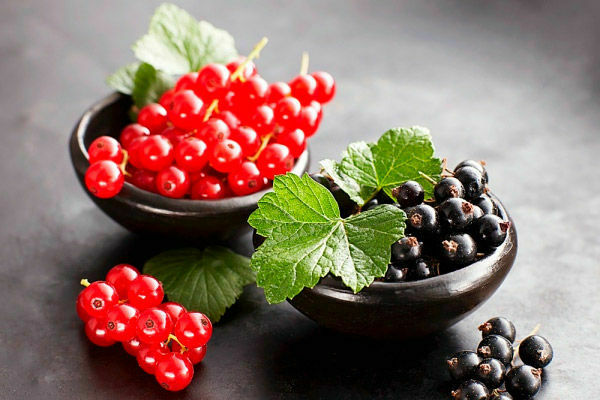 These two species of this plant originate from the gooseberry family, but differ in their development, from which numerous varieties went to leaving... We will analyze these differences in care later in the article.

Currant roots - the specificity of the root system of this plant

Regardless of the fact that both varieties of currants have a fibrous root system, red currants have a more powerful root system, not as strong as the roots of black currants. Most of the adventitious roots of red currants, and this is seventy to ninety percent, are located at a depth of twenty-five to forty-five centimeters, and only some roots of currants are placed at a depth of one hundred centimeters. 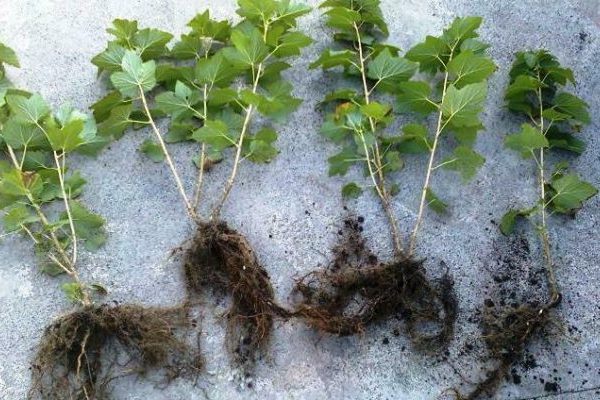 Do not forget about the procedure for loosening the soil, this must be done regularly to supply oxygen to the root system. Remember about the timely application of fertilizers throughout the plant's growing area. 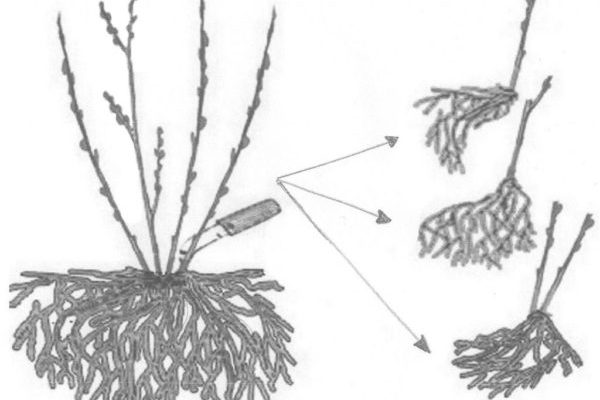 Black currant differs in more compact dimensions and occupied space in a summer cottage or suburban area. Currant roots also take up less space in the soil as opposed to red (refers to depth and width). Most often, they occupy from ten to thirty-five centimeters in vertical placement (the bulk of the active root) and no more space occupied by the shrub itself in a horizontal position. Exclusively because of this, black currants are fertilized just under the lower foliage. It is worth increasing soil moisture in comparison with red currants. The space between the black currant bushes should be between one hundred and one hundred and twenty-five centimeters.

Pruning procedure for this plant

Pruning of black and red currant bushes also directly depends on the morphological characteristics of plants, the main ones being the time when the branches were brought in and the area where the fruit buds are located. 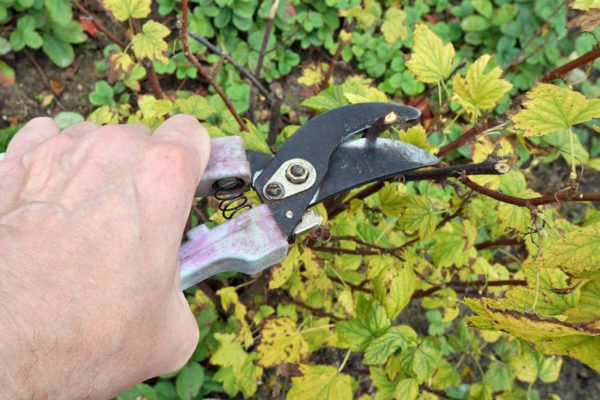 Black currant and its varieties bring more harvest on last year's old branches. But the red currant and its varieties bring a greater amount of harvest on two-year and three-year branches, one should not forget about its fruit formations, which live for several years and are mainly located on the growth of branches and ringlets. Thanks to this, a longer life and work of red currant branches is obtained, about five to eight years, and it also needs a shrub rejuvenation procedure much less than black currant.

The productive season for branches that bear fruit lasts about two to three years. Fruits in the form of berries are formed over the area of ​​the entire branch. And, the older the branch, the further from the base the brushes are placed, and after four to five years the fruit-bearing is completely completed. This obliges the necessary procedure for rejuvenating the black currant bush.

It is worth mentioning the property of black currants to tilt a huge number of strong zero branches, this contributes to a larger volume of the shrub and its accelerated aging. We advise you to quickly remove them and not touch only a couple of branches to replace the adults that have already brought the harvest. 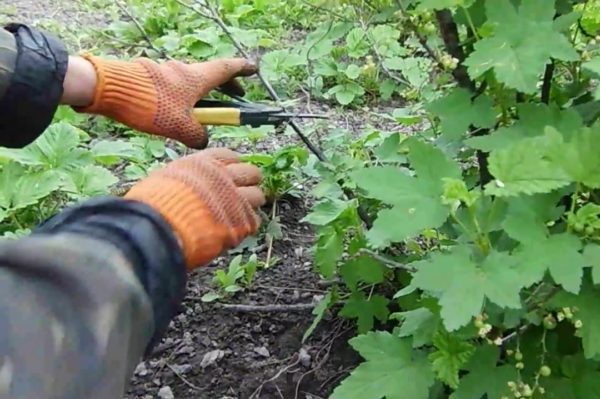 These are the basic rules regarding timely pruning of currant bushes, but how to understand all these rules for shaping? It is worth looking at the condition of the plant.

When pruning red currants, it is important to pay attention to last year's growth, with a fairly large size, up to about thirty to forty centimeters, the branches should not be touched, because they directly affect further fruiting processes. For a small size, about ten to fifteen centimeters, remove.

When pruning red currants, it is necessary to remove all branches at the age of three years, do not forget about the bulk of zero branches, giving shape to this shrub of nine to twelve branches. Other untouched branches are shoots at the age of one or two years and zero. This will help the blackcurrant bush to bring further harvests in full size.

Do not forget that both varieties of currants undergo the necessary process of getting rid of plant parts with defects, infected, with parasites, dried, frozen.

How long can a currant grow without a change of location?

How to prune raspberries in spring, summer, autumn: complete information

Cauliflower in the garden: important aspects of growing, care + video