Getting rid of ticks at their summer cottage: chemical and folk remedies
65

Getting rid of ticks at their summer cottage: chemical and folk remedies

With the threat of the appearance of encephalitis mites, each summer resident, going to the forest for mushrooms or berries, tries to protect himself as much as possible from this deadly pest - he uses protective clothing, all kinds of means, does not walk on tall grass, but returns to his property, to the lawn with a short mowed lawn, exhales calmly. But is it correct?

According to experts, in a wooded area, only about 60% of the concentration of human bites by ticks is noted. The remaining 30% falls on the city, parks, and also garden plots. Perhaps this will be a revelation for some gardeners, so special vigilance should be observed in the future.

If city parks and natural areas are periodically treated for ticks, then the fate of ticks in the garden depends only on you. It is necessary to highlight the main signs of how exactly to recognize and prevent the appearance of these uninvited guests, who are pretty dangerous for our lives.

Mouse droppings on the site are a reason to be on your guard. As you know, rodents are themselves carriers of a whole bunch of all kinds of infection, so they can bring ticks with them. Be sure to take care of their removal from the garden, otherwise you expose yourself to serious danger.

The simplest and most common way to treat ticks in the garden is considered to be bypassing the accumulation of tall grass plants with a white cloth; a waffle towel is ideal. Mostly in the morning, you can catch ticks by simply walking around the area and touching the grass with a towel. They stand out extremely clearly against a white background, so it will not be so difficult to recognize them.

By analogy, during the inspection period, closed clothing of light shades should be worn, pre-treating it with special preparations. They should not be applied to the skin. this can both harm and, in principle, neutralize the entire intended effect.

How to treat the garden from ticks: chemicals

In the event that ticks were still found in the garden and somehow got into your garden, you should first do a mechanical cleaning. The fact is that mites prefer herbal plants most of all, rather than open ground and plantations with beds. Hence the conclusion - it is necessary to cut tall grass in all places where it is only available on the site. Remember that ticks do not come out immediately, but gradually, in several individuals, therefore, for prevention, the detours with the tissue should be repeated several times.

However, there are times when too many ticks are bred, which increases the risk of being bitten and infected with encephalitis. In this case, special chemicals called acaricides are used.

Consider the main list of effective remedies for ticks in the garden:

The agent, which is a crystalline white powder, used to obtain an emulsion by dissolving in water.It is quite variable in its functions and, in addition to ticks (mainly ixodic ones), it can serve to destroy cockroaches, bed bugs, fleas, ants, mosquitoes and flies.

Getting rid of ticks in the garden with folk remedies

It also happens that summer residents do not at all trust chemicals and preparations for getting rid of ticks in the garden, preferring not to contaminate their plot and soil with unknown compounds. In this case, alternative methods come to the rescue, the action of which is also justified, but does not always differ in the same level of effect and speed of elimination of ticks as chemicals.

For example, to exterminate ticks in the garden, they use the method of spreading soda or boric acid in the intended area where their settlement is located. Also, special solutions are prepared, which are then sprayed, based on components of plant origin: citrus juice mixed with water is excellent for spoiling the life of pests; an infusion of herbs such as geranium, chamomile or sage is also applied by spraying; essential oils diluted with water, in some cases, also have a certain effect when sprayed on an area.

Of course, ticks in the garden are dangerous pests and a threat to the life of the summer resident if he does not know about their presence on the site. Regular checks should be carried out during the period of their maximum activity, carefully monitor the work uniform, do not leave open areas of the body when working in places with high grass, close to the ground and on an incline. Remember that safety is paramount in such a matter and should not be unduly neglected. Be careful! 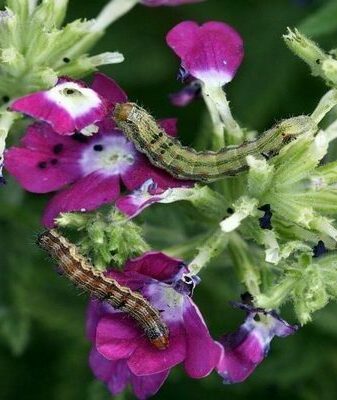 Petunia pests
Petunia is a very tough and hardy plant that produces excellent variegated inflorescences. But if... 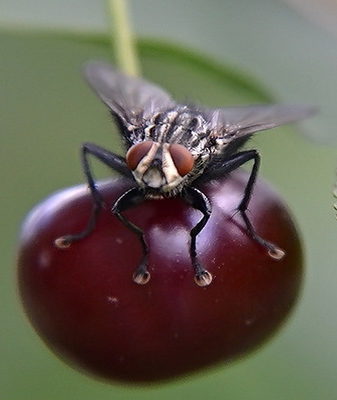 Cherry pests
These beautiful fruit trees attract not only a person to their beautiful appearance and ... 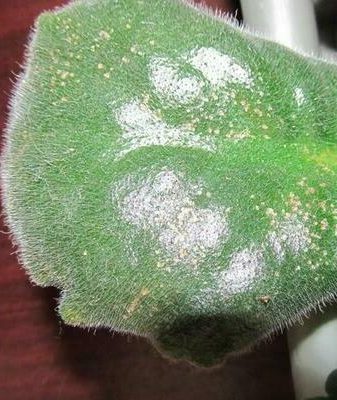 Mites on violets
Undoubted is the fact that the violet is a coveted and most popular inhabitant of window sills in ...
×