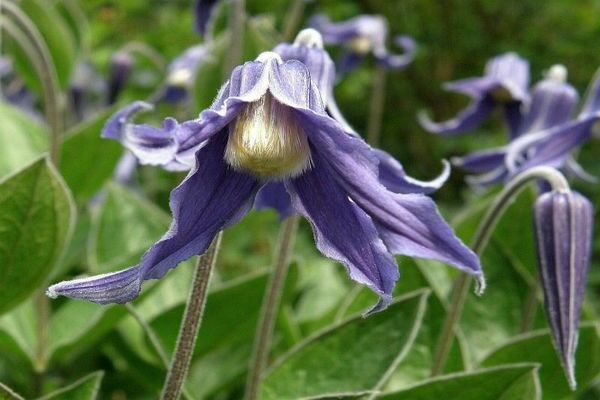 When talking about clematis, most people think of a vine. Probably, because of this, such a variety that differs from its relative is not in demand in our country. Clematis whole-leaved came from Central and Eastern Europe, as well as from the Far East. Throughout the summer season, the branches, covered with a large number of inflorescences in the shape of bells (in the natural environment, they are of a delicate bluish color). They are replaced by unusual seed heads. According to the international distribution, the varieties and figures of clematis are classified as integrifolia. 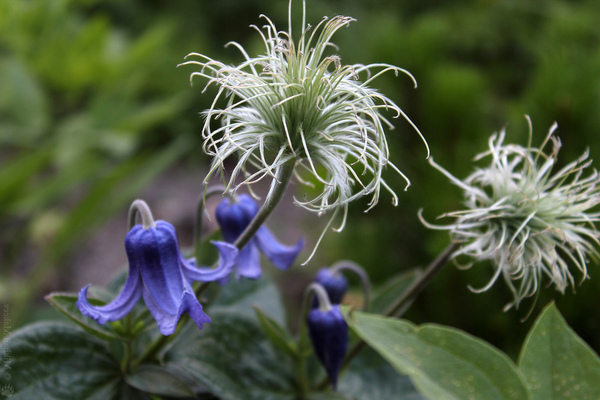 All figures and varieties of bush clematis whole-leaved have a high level of resistance to cold and are not at all capricious. They are not as picky about the soil as other herbaceous ones, they grow well under sunlight, although they grow well in partial shade and differ in a high level of resistance to various diseases and parasites. But planting them in areas with a close location of groundwater is not worth it.

The flowering process of this herbaceous occurs on the branches of this year and is ranked as the third pruning group. In the autumn season, they are pruned to the base or above the first or third bud, from which several young branches can form in the spring season. It is not too late to carry out pruning in the spring season.

Selection of a site for disembarkation 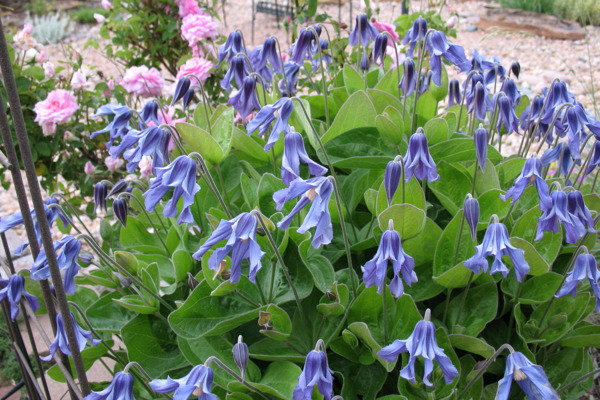 Unlike lianas, clematis of the whole-leaved variety does not have twining leaf petioles, which provide a reliable attachment to the net. Due to the unstable figure of shrubs and brittle branches, it is worth taking care of an obelisk or other type of support. They will prevent the grassy plant from breaking under the weight of the flowers and will give it a neat appearance. Varieties of low-growth whole-leaved clematis can be planted between bushes, and even between rose bushes. These herbaceous can be placed in a mixborder. 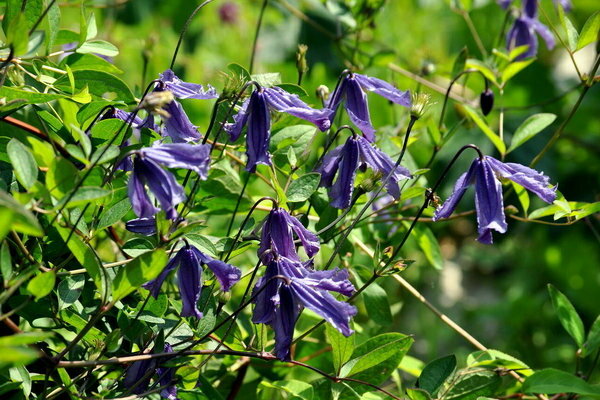 Varieties of this herbaceous are quite easy to dilute with cuttings. The optimal timing is the second week of the first summer month, when the branches become more woody. Cuttings with two foliage specimens (do not touch the upper part) are planted in a moist substrate at all times, placing the first pair of foliage at a depth. It is necessary to endow the plant with partial shade and high air humidity. The root system is formed after thirty-one to forty-five days. For the winter season, young cuttings are recommended to be covered or moved to the cellar (with this option, they are placed in containers). This advice is relevant for areas of three to four climatic zones.

Herbaceous varieties and breeding varieties can be cultivated through seed method and breed using cuttings.

There is a large list of breeding varieties developed by combining several varieties. They are referred to the classification of diversification, according to international distribution, it is included in the group of integrifolia. The appearance of these herbaceous contains a plant essence with strong growth. Whole-leaved clematis are shrubs with high growth and elongated neat branches, which have lost or undeveloped property to twine around the net, they must be tied up. Inflorescences are formed at a height of fifty to three hundred centimeters. Rose shrubs, viburnum and hydrangeas make wonderful neighbors for such a herbaceous plant.

Thuja columnar: description of the variety, varieties, their characteristics 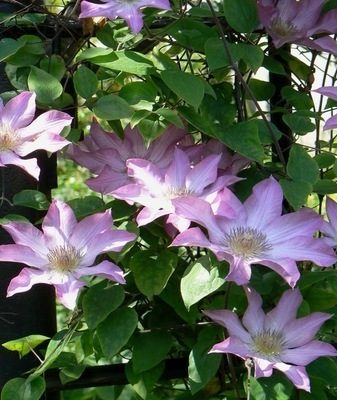 Clematis Ruran
Clematis is often planted to decorate the garden. Very often the choice falls on the Ruran variety, so ... 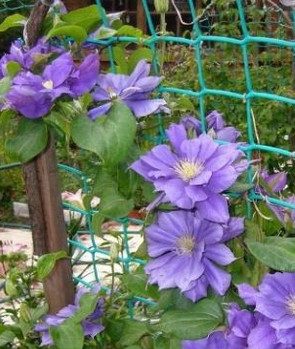 Support for Clematis
Clematis are very beautiful climbing plants that are simply irresistible during flowering. ...

Clematis Piilu.
Blooming lianas have firmly taken their place among plants that can decorate both the site and the structure. BUT,...
×