Clematis is a favorite flower of people who decorate landscapes. Also, the shrub is popular with amateur flower growers. A popular variety is the large-flowered clematis Rouge Cardinal, which blooms actively and luxuriantly.

Clematis Rouge Cardinal was bred in France. Large-flowered beautiful liana curls, reaches a height of up to three meters. Young shoots are colored light green. The leaves are medium in size, compound, trifoliate. The leaf plate is dark green in color. Several small sheets make up one sheet. The outer side of the leaf is leathery.

Feature of the variety - Clematis Rouge Cardinal (rouge cardinal) grows rapidly. Shoots are stretched in 24 hours by 10 cm in length, and then more.

The root system is powerful, buried in the ground. The appearance of flowers occurs on new shoots. The bush blooms late, continues to bloom from the first days of July to September days. Liana is abundantly covered with velvety large flowers with dark purple petals. Inflorescences are cruciform. The diameter of the blossoming flower is 15 cm.

Liana clings to any object, attaches to it and stretches upward. If the vine is entrenched in the tree, it means that it will soon wrap around it to the fullest extent.

The large-flowered clematis variety Rouge Cardinal is unpretentious in agricultural technology. The variety in rare cases can be affected by harmful insects and diseases. The shrub is highly resistant to frosty periods.

The variety was awarded a gold medal at the Dutch show. 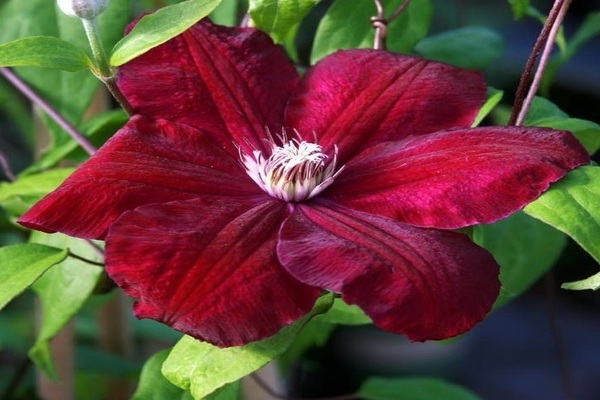 Any garden plant, even an unpretentious one, must be properly looked after.

How to sow seeds.

To grow clematis with seedlings, you need to purchase them at a flower shop. The bush can be put up for sale in a plastic pot, it already contains nutritious soil or it cannot be there. Planting material with a bare root system is not the best choice. It is better to grow a bush from grains, this is how a large number of gardeners grow clematis.

If you decide to grow a hybrid clematis variety Rouge Cardinal at home, first prepare a planting site. A planting hole is dug for one seedling. Its dimensions: depth and diameter - 0.6 m each. A 15 cm drainage layer is laid at the bottom of the pit, which includes small stones or broken brick. Further, the pit is filled with humus, rotted manure or compost fertilizer from foliage. The remaining volume of the planting pit is filled with a fertile soil mixture. The landing hole is prepared 30 days before landing. During this time period, soil subsidence, the settlement of beneficial microorganisms, and the mixing of humus with the earth with earthworms will occur.

The sowing time of seeds is determined by their size. Large seeds are strong. Sowing is carried out late in the fall before the winter season. To obtain reliable shoots, the seeds undergo a stratification process lasting 3 months under temperature conditions of +5 degrees, and are sown in the spring season.

Small seeds in the soil may not survive the winter season. Therefore, such grains are sown only in the spring season. The optimal time is the first and second spring months. Sowing seeds takes place in open soil, or a small greenhouse is set up so that the seedlings come out soon.

When planting a group of large-flowered clematis Rouge Cardinal (rouge cardinal), an interval of 1.5 m should be left between them. The growth of the vines should be observed throughout the summer period. If the variety is suppressed, the vine grows a small amount of cm, therefore, the bush does not grow in the area that it needs. It remains only to transplant the vine in the next spring season to another place. 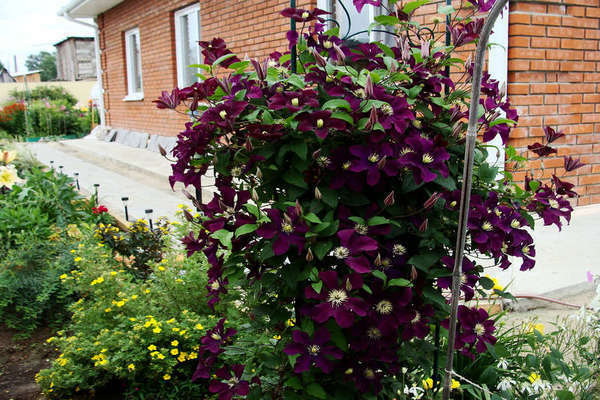 Planting and caring for a plant is very easy. Quite frequent watering is required. The plant is hygrophilous. Due to the fact that the roots go deep, you need to water the bush with a large volume of water. After the seedling has been watered, you need to loosen the soil. At times, weeding is required. 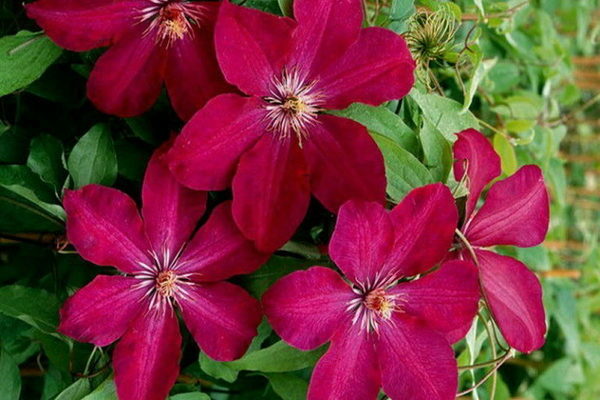 Clematis cultivar Rouge Cardinal is pruned for the winter season without fail, after flowering has ended. The shortening length of the shoots depends on the cut category.

Clematis Rouge Cardinal belongs to the 3rd group of pruning. The shoots that remain, after the hilling with soil, are covered with dry leaves. Pine branches are laid on top. If it is not possible to cover with organic matter, then you can cover the plant with polyethylene or non-woven material. 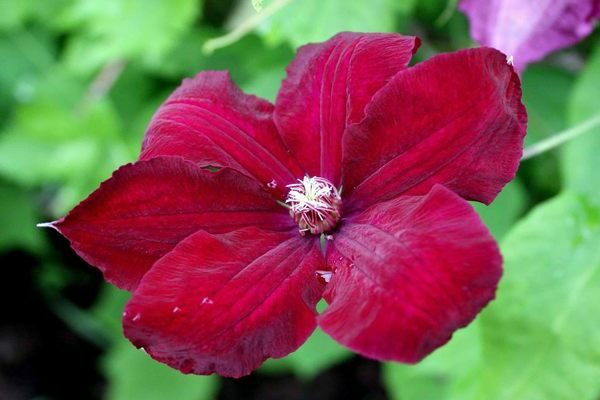 Clematis cultivar Rouge Cardinal has a good immunity to disease, but do not relax. Prophylaxis against powdery mildew, rust, putrefactive bacteria is required. The biggest threat to the Clematis cultivar Rouge Cardinal is wilt... Withering and rapid drying of the affected vine begins. Have noticed the first signs - do not feel sorry for clematis, because it is incurable. Liana is dug up and burned.

The best preventive measure is to treat the vine with fungicides. Preparations: "Quadris", "Horus", "Speed". During dry periods, the plant can be affected by spider mites. To combat it, insecticides are used.

Senator - characteristics of each of the two grape hybrids 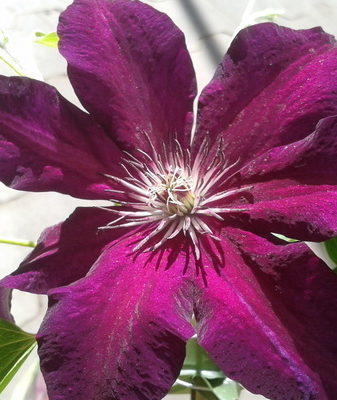 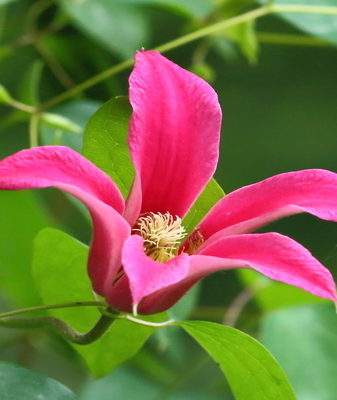 Clematis Princess Diana
The types of clematis are varied, but more in the advantage are those that bloom all season until the middle ... 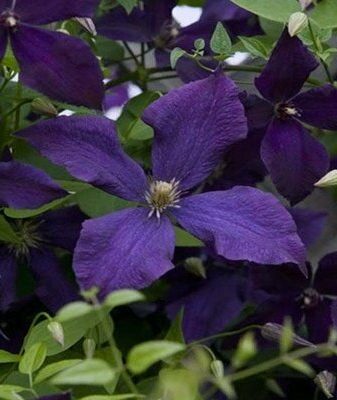 Clematis violet: description of varieties, planting and care
Clematis violet came from the Buttercup family, became known in the eighteenth century in the Russian ...
×