Why is the Irbit potato so popular: what features and main characteristics it has, how it should be grown correctly, what care is needed, what "sores" and insects - pests are dangerous for it and how to deal with them, you will learn all this in the article. 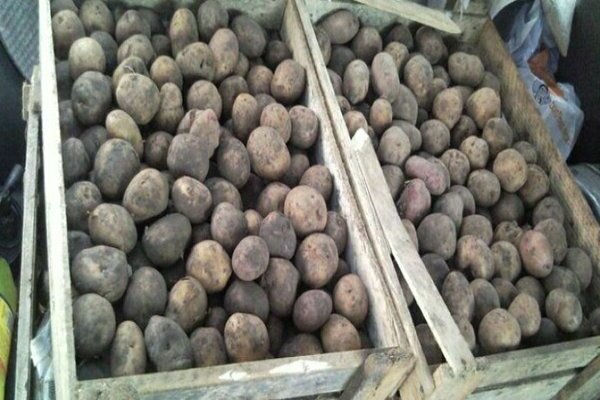 Irbit potatoes: photo of the variety

Growing Irbit potatoes is not difficult, unlike most varieties, since it is unpretentious, and does not have an exceptional original way of growing. Nevertheless, it is still worth following some recommendations.

How to choose the right place

Irbitsky potatoes have proven themselves perfectly when grown in not the most favorable conditions, but you should not risk it. Like almost all root crops, this type of variety loves a sunny place, without drafts. Requirements for the soil Irbit potatoes do not require a special soil composition, but a loose soil with excellent air exchange is ideal for growing it. The land must be free of weeds, as they take useful nutrients from the soil. The best predecessors are legumes. Mineral and organic fertilizers can be added to the soil, if desired.

Irbit potatoes: how the planting is carried out

The process of planting the Irbitsky potato variety does not differ from the planting of many other varieties. In order for the harvest to be as fruitful as possible, it is necessary to prepare the planting material and plant it on time. What are the planting dates? Precisely chosen time is the key to a good harvest. Please note that planting potatoes in poorly heated soil can lead to the death of the potato, its decay, as well as a slowdown in growth - the emergence of seedlings later a month and a half. The ideal soil temperature is 7 degrees. It is worth noting that if you plant potatoes one and a half to two weeks earlier or later from the optimal time, this entails a decrease in the yield indicator by an average of 20%.

Planting of Irbitsky potatoes is carried out not earlier than May. It is believed that early planting of potatoes allows you to develop immunity in the root crop, as well as to form a strong root system. How to prepare potatoes before planting About 3 weeks before the planned planting, it is recommended to prepare root vegetables:

To activate and accelerate the germination of potatoes before planting, you can use a solution that consists of water, ash, copper sulfate and fertilizers. All ingredients are mixed, after which the potatoes are sprayed with the resulting solution every other day, or the tubers can be soaked in the prepared solution, but for no longer than 2 minutes - this is a kind of disinfection.

Potatoes of the Irbitsky variety are planted either in holes or grooves, the depth of which is on average 9 cm.The distance between the planting material is at least 60 cm, and the distance between rows is less than 35 cm.After the potatoes have been scattered, the grooves or holes covered with earth.

Irbit potatoes: how to care for seedlings

During the growing season, caring for the Irbitsky seed potato variety does not differ at all from caring for other varieties. For a fruitful harvest, a number of potato care activities are required.

How to huddle and loosen

The most important and necessary measures for the care of potatoes are loosening of the soil and its hilling of bushes, as well as weed control. The first time it should be loosened to a depth of 11 cm, the second time and all subsequent times, loosening is carried out to a depth of 7 cm.After the growth of the bushes reaches 16 cm, you can start hilling, the height of the ridge in the first hilling is 19 cm. spud the potatoes before closing the tops.

How to properly water potatoes

This variety of Irbitsky potatoes does not require compulsory watering, it is a drought-resistant root crop, but it will not refuse additional moisture. If desired, potatoes can be watered, but no more than 3 times per season.

Top dressing of the soil

The optimal time for feeding the soil is autumn, at the time of plowing, ripe compost with potash salt and fertilizer is introduced into the ground. In early spring, nitrogen fertilization is applied to the soil, which will contribute to good growth. At the time of planting, experienced gardeners recommend adding wood ash to each hole with a root crop. It is better to combine rare watering of potatoes with the introduction of both mineral and organic fertilizers.

The Irbitsky potato variety has developed immunity to the most popular potato diseases - cancer, late blight, golden nematode and others. If pests have attacked the potatoes, it is recommended to use specialized preparations for this. Specialized chemical preparations for the destruction of insect pests will help from possible pests. You can get these drugs at any specialty store.

If you have not tried the Irbitsky potato variety, we recommend experimenting, this variety will not give you any trouble, and the harvested crop will pleasantly surprise you

Black currant Dubrovskaya: description and features of the variety + photo 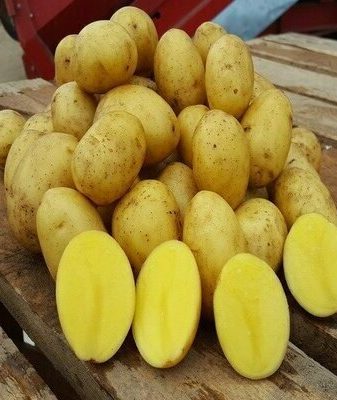 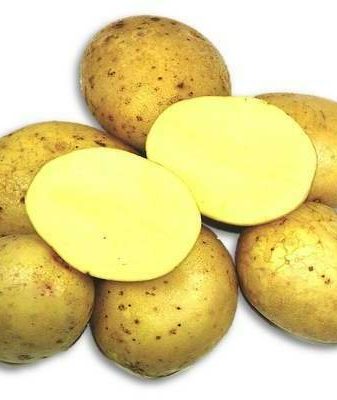 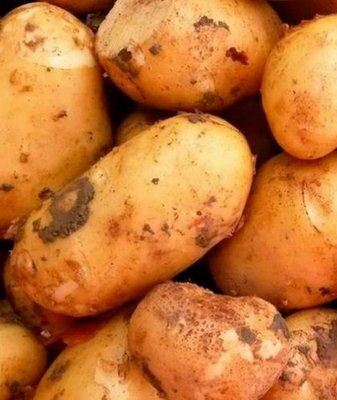 Potatoes Zhukovsky: description of an early, fruitful variety
Every gardener dreams of growing healthy potatoes, so that they can harvest faster. This ...
×